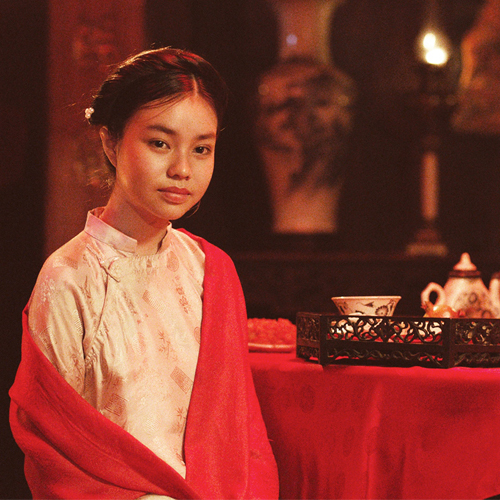 In the late 19th century in rural Vietnam, fourteen-year-old May is given away in an arranged marriage and becomes the third wife to her older husband. May learns that she can gain status and security if she gives birth to a male child. This becomes a real possibility when she gets pregnant. However, her path is fraught with danger when May starts to develop an attraction for Xuan, the second wife. As May observes the unfolding tragedy of forbidden love and its devastating consequences, she must make a choice, to either carry on in silence and safety, or forge a way towards personal freedom.

Chananun Chotrungroj is a director of photography and artist based in Los Angeles. She served as Director of Photography alongside Sandi Sissel on the feature film Karaoke Girl, which premiered at the Rotterdam Film Festival in 2012 and won the Best Cinematography Award at the Bangkok Critics Assembly Awards. Her latest works include the feature films Yosemite, directed by Gabrielle Demeestere; Motel Mist, directed by Prabda Yoon; Please Don’t Come Back From the Moon, directed by Bruce Thierry Cheung; Popeye by Kirsten Tan and The Third Wife by Ash Mayfair. She shot the short film Seide, which played in competition and won Best Short Film at the Venice International Film Festival in 2015. While pursuing an MFA in Film at NYU, she was awarded the Ang Lee Fellowship and Department Fellowship, and received the Nestor Almendros Award for Outstanding Cinematography by a Woman in 2013 and 2015.