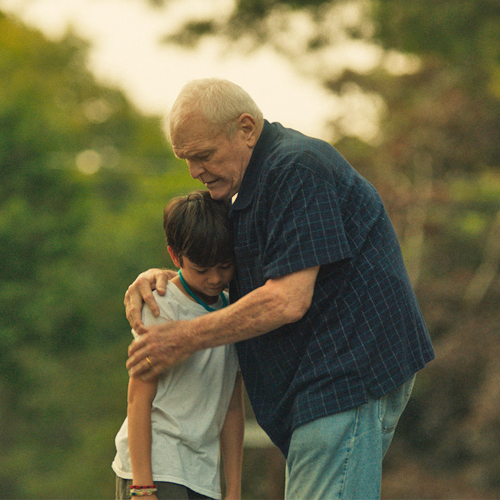 Kathy (Hong Chau), a single mother, and her shy eight-year-old son Cody (newcomer Lucas Jaye) travel to Kathy’s late sister’s house, which they plan to clean and sell. As Kathy realizes how little she knew about her sister, Cody develops an unlikely friendship with Del (Brian Dennehy), the Korean War vet and widower who lives next door. Over the course of the summer and with Del’s encouragement, Cody develops the courage to come out of his shell and, along with his mother, finds a new place to call home.

Hannah Bos and Paul Thureen are a writing duo, respectively raised in Chicago and rural Minnesota. Together they have written for HBO’s High Maintenance, Amazon’s Mozart in the Jungle, Facebook’s Strangers and developed pilots for HBO, FOX, Paramount and Amazon. Their first feature screenplay Driveways (dir. Andrew Ahn) premiered at the 2019 Berlin Film Festival, with its North American premiere taking place at Tribeca Film Festival. They have written ten full-length plays for The Debate Society, their multiple Obie award-winning, Brooklyn-based theater company. Their most recent plays include The Light Years (Playwrights Horizons), Jacuzzi (Ars Nova/TimeOutNY Top 10 of the year), and Blood Play (Bushwick Starr/Williamstown Theater Festival). As actors, Hannah is the recipient of a Drama Desk Award and Lortel Award Nomination and Paul is the recipient of an Obie Award. They are Sundance Institute Fellows and faculty members of the National Theater Institute.