“Molly Molly Molly... listen. Can you hear that?”

After a long hiatus, three childhood friends, now adults, come together to punctuate the end of summer in the best way they know how; in a pool. In what at first feels like a carefree reunion quickly goes south as debates over Ada’s now missing cat exposes underlying fissures in their friendship.

Molly, Molly, Molly is a short film centered around the lives of three female friends as they approach a critical juncture in their friendship. Coming together after a long hiatus, they look to punctuate the end of summer in the best way they know how; in a pool. What at first begins as a carefree reunion quickly takes a turn for the worse as debates over Ada’s now missing cat exposes underlying fissures in their longstanding friendship.

Thematically speaking, Molly, Molly, Molly is guided by a central question; are friendships meant to last? With each character falling into different camps in that ideological spectrum, the end result is a nuanced, layered portrayal of a moment rarely depicted on screen: the quiet and unspectacular shift in the winds that first sends us adrift. 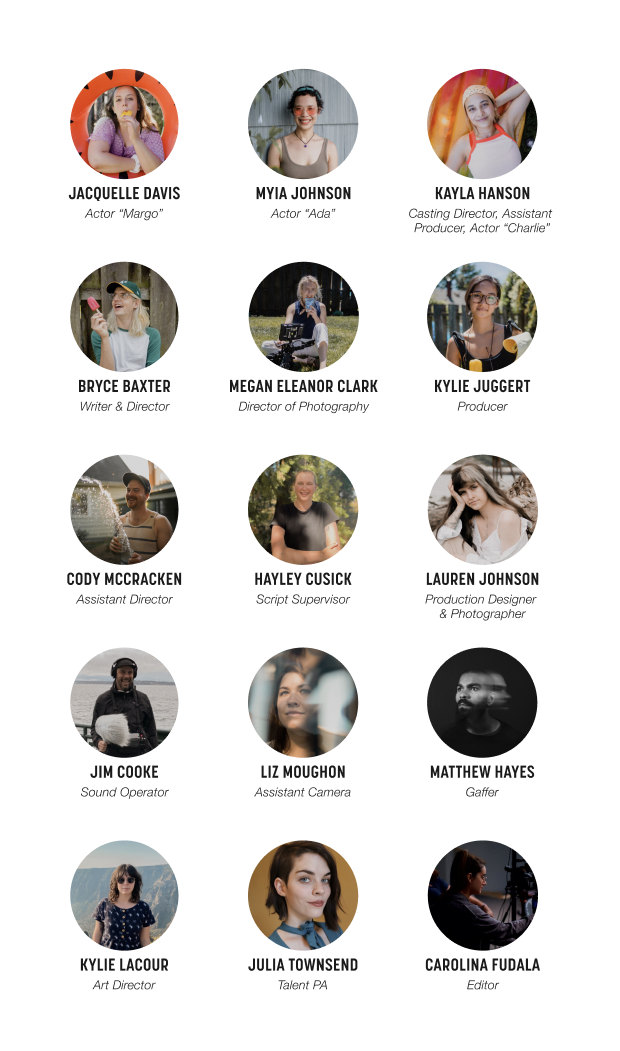 Bryce Baxter, writer / director whose work wades in dirt, grit and grime—humanizing
folks often cast to the margins of society.

Kylie Juggert is an award-winning producer based out of New York City. She identifies
with the phrase “jack of all trades,” as many Aries/Type 7 enneagram folks do.

Megan Eleanor Clark’s work has been featured on Nowness, TIME, the Wall Street
Journal, and the Foundry, and has been recognized for a Vimeo Staff Pick, and a
Webby Award nomination in 2019. She seeks integrity, simplicity and honesty in her
work.

Kayla Hanson is a founding member of the Red Balloon Artist Collective and has
performed with 7 different theatre companies in Portland, including 5 devised works.
She’s passionate about work that’s experimental, movement-based, and aims to
rethink modes of storytelling.