It’s time, people! In just four days, we will find out which independent filmmakers—Alexander Payne? Steve McQueen? the Coen brothers?— will be the big winners at this year’s Film Independent Spirit Awards. Tune in to IFC on Saturday, March 1, 2014 at 10:00 p.m. ET/PT, to watch Patton Oswalt host the festivities and root for your faves. In the meantime, here’s a quick quiz to test your Spirit Awards knowledge and put you in the mood.

1. When asked how it felt to win Best Director in 2011, Black Swan’s Darren Aronofsky said what? 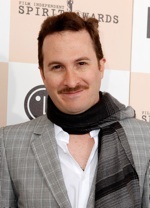 2. Michelle Williams, in her 2012 thank you speech for the Best Female Lead award called the people in the room

Nick Kroll and John Mulaney to Co-Host the 2017 Film Independent...