A year-by-year look back at the history of the Spirit Awards... 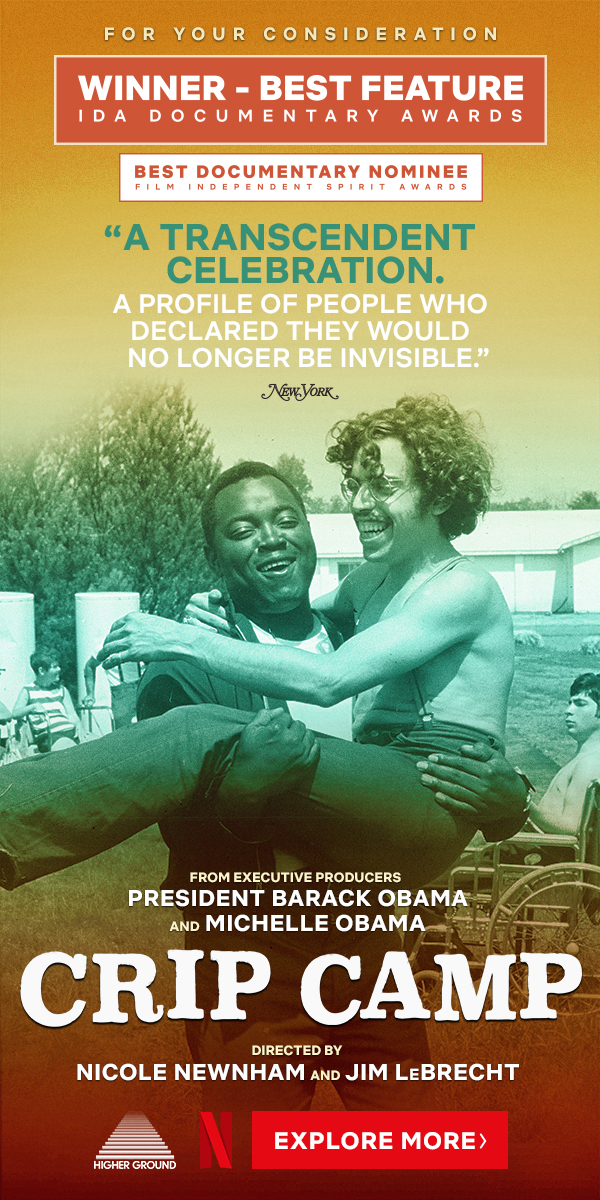 Curious who won Best Director in 1995? Or who was Someone to Watch in 2009? Perhaps you’d like to know who won the first Best First Feature award way back in ’87…

The FINDIE Awards (Friends of Independents) are conceived by Jeanne Lucas and IFP/West (which would later become Film Independent). President Anne Kimmel thanks individuals and organizations for their support of independent filmmakers. The awards are voted on by a nominating committee.

FILMEX is brought on board to help increase the profile of the Awards. The ceremony is held at the trendy 385 North restaurant. Peter Coyote and Jamie Lee Curtis present the winners with Plexiglas pyramids designed by Carol, which contain a suspended shoestring dotted with sprockets, representing the shoestring budgets of independent films. The Reel Gold Award is given to Steve Wachtel for allowing IFP/West continual free use of his screening room.

Buck Henry signs on as Master of Ceremonies for the Spirit Awards — a position he holds for eight years. David Puttnam and Lee Grant give keynote speeches. Presenters include Kyle MacLachlan and Teri Garr. Spike Lee is the first director to win in the new category of Best First Feature.

Due to an overwhelming demand for tickets, the Spirit Awards moves to the Blossom Room at the Hollywood Roosevelt Hotel to accommodate the record number of guests: 350 attendees. Oliver Stone gives the keynote address, urging filmmakers to “stick to your soul and to hell with your egos; it’s inch by motherf*cking inch.”

Martin Scorsese delivers the keynote address, stating, “being independent doesn’t mean making low-budget films without studio backing… it is a way for being innovative out of inspiration as well as necessity.” Presenters include Jodie Foster, Martin Landau, Jennifer Jason Leigh and Ally Sheedy.

The Spirit Awards moves to the Beverly Hills Hotel with an attendance of 550 guests. Kevin Costner delivers the keynote speech and Oliver Stone is the event’s Honorary Chair. Edward R. Pressman and Jon Jost are recipients of a new award established in honor of the late maverick filmmaker John Cassavetes, to recognize a bold, creative body of work. Bravo produces a cable special on the event, hosted by Charles Champlin.

The Spirit Awards move to a new location, Raleigh Studios, which accommodates a record-high 1,000 attendees. Francis Ford Coppola gives a 43-minute keynote address built around an analogy comparing filmmaking and winemaking. Honorary Co-Chairs are Martin Scorsese and Jodie Foster. Foster causes a stir with her speech entitled “The Scum-Sucking Vampire Pig Theory of Hollywood.” Martha Coolidge is the first woman to win Best Director for Rambling Rose. A new category is added for Best Score but is only given out for two years.

The Spirit Awards is held on the beach in Santa Monica for the first time. Buck Henry hosts the show for the eighth consecutive year. Neil Jordan delivers the keynote address. Danny Glover serves as Honorary Chair.

Robert Townsend takes over as the Master of Ceremonies for the event, which is held at the Hollywood Palladium. Holly Hunter is Honorary Chair and Jim Sheridan delivers the keynote address. Jim Jarmusch is honored with the John Cassavetes Award. Bravo airs a series of Spirit Awards spots as counter-programming during the Academy Awards® telecast.

The Spirit Awards ceremony returns to Santa Monica. The IFP/West (now Film Independent) Board scraps the nearly unenforceable financial regulations for determining a film’s eligibility for a Spirit Award nomination and replaces it with four criteria: original, provocative subject matter; uniqueness of vision; economy of means; and percentage of independent financing. These serve as rough guidelines that the nominating committee (a group of 15 independent film professionals) use to make their decisions. Diana Zahn-Storey begins producing the event. Jodie Foster and Harvey Keitel are Honorary Co-Chairs. Kevin Pollack hosts the ceremony.

Jodie Foster, Laurence Fishburne and John Travolta are Honorary Co-Chairs. Samuel L. Jackson takes over as Master of Ceremonies. Two new categories are added: Best Debut Performance and Best First Screenplay. This is also the first year of the Someone to Watch Award, which bestows a $20,000 cash grant to an emerging director. The show is broadcast live on IFC for the first time.

Samuel L. Jackson returns as Master of Ceremonies. Jodie Foster and Ossie Davis are Honorary Co-Chairs. Mike Leigh gives a keynote address sharing the secrets of filmmaking from A to Z. A special grant is added for emerging documentarians: the Truer Than Fiction Award, which offers a $20,000 cash grant to the winning filmmaker.

Queen Latifah is the first woman to officially host the Spirit Awards. The inimitable John Waters steals the show with his keynote address. Robert Duvall and Alfre Woodard serve as Honorary Co-Chairs. Ally Sheedy gives a record-breaking 10-minute acceptance speech about the resurrection of an aging actress in Hollywood.

The United States begins its invasion of Iraq three days before the Spirit Awards ceremony. Elvis Costello makes a surprise appearance and performs “What’s So Funny ‘Bout Peace, Love and Understanding.” Halle Berry attends as Honorary Chair of the event. Bowling for Columbine wins Best Documentary and Michael Moore makes a speech against George Bush’s declared war. Satirical songs honoring the Best Feature nominees — which would become one of the show’s trademarks — are performed for the first time.

The Spirit Awards has its first red carpet show, hosted by Carson Kressley and Debra Wilson. Tom Cruise is Honorary Chair of the event and John Waters hosts again. Waters does a bit addressing the MPAA screener ban and Jack Valenti takes him off the stage in handcuffs.

The 20th Anniversary of the Spirit Awards features Salma Hayek and Quentin Tarantino as Co-Chairs. Samuel L. Jackson returns as host and Sideways sweeps the awards.

Comedienne Sarah Silverman serves as host, making her mark by informing George Clooney that her vagina smells like a mountain breeze. Naomi Watts is the Awards’ Honorary Chair and the ceremony takes place in the largest tent ever in Santa Monica. Dwight Yoakam and Macy Gray perform two of the Best Feature songs.

A $20 million cap is set for all films submitted for Spirit Awards nomination consideration. Sarah Silverman hosts for the second year and trumps her previous year’s notoriety with a bit about sex and cheese. Maggie Gyllenhaal and Terrence Howard serve as Co-Chairs for the awards, while a tribute is presented to Robert Altman along with a new award named in his honor. Little Miss Sunshine sweeps the awards.

Rainn Wilson hosts the show, sporting a (Dennis) “Hopperz Bitch” tattoo on his chest. Javier Bardem is Honorary Chair. Diablo Cody wins the Spirit Award for Best First Screenplay (described by her as “the best award ever” or “this motherf*cker right here”) for Juno. Wilson and his writing team later go on to win a WGA award for Best Awards Special for their work on the Spirit Awards.

British comedian Steve Coogan hosts and Alec Baldwin serves as chair. When Mickey Rourke wins Best Actor for The Wrestler, he delivers an expletive-laden speech, which includes thanking the Santa Monica Police Department for giving him a bed to sleep in 10 years prior and encouraging the industry to give Eric Roberts a second chance.

Eddie Izzard serves as host for the 25th anniversary show, which moves from an afternoon slot on the beach in Santa Monica to an evening party on the L.A. LIVE Event Deck in downtown Los Angeles. Jeff Bridges wins Best Actor and performs a song from Crazy Heart with T. Bone Burnett and Ryan Bingham. Ben Stiller serves as Honorary Chair.

After just one year away, the Spirit Awards returns to a tent on the beach in Santa Monica, with actor and comedian Joel McHale hosting. James Franco and Natalie Portman garner Best Actor and Actress nods and, while Banksy didn’t show up (or did he?) to accept his award for Exit Through the Gift Shop, artist and subject Thierry Guetta joyfully hops on stage.

Seth Rogen hosts the show and The Artist takes honors for Best Feature, Best Director, Best Male Lead and Best Cinematography. Director Michel Hazanavicius flies in from the Cesar Awards and gets a police escort from LAX just in time to take the stage to accept his award for Best Director.

Host Andy Samberg opens the show by saying “f*ck you!” to Hollywood. Silver Linings Playbook wins Best Feature, Best Director, Best Screenplay and Best Female Lead. Derek Connolly wins Best First Screenplay for Safety Not Guaranteed and, having already enjoyed perhaps slightly more than his fair share of the Jameson Irish Whiskey at his table, makes a lengthy acceptance speech, during which actor Bryan Cranston intervenes and offers him yet another shot of Jameson.

‘Oh, Hello’ again! Hosts Nick Kroll and John Mulaney return with another memorable monologue, featuring a warning about what not to say to Frances McDormand (Best Female Lead, Three Billboards Outside Ebbing, Missouri) and a special thank you for Timothée Chalamet (Best Male Lead, Call Me by Your Name). Chloé Zhao receives the inaugural Bonnie Award, sponsored by American Airlines, which honors a mid-career female director. Prior to capping the show with a Best Feature win for his seminal thriller Get Out, Jordan Peele is handed the Best Director trophy by Spike Lee himself — and proceeds to give his acceptance speech from a “Wakandan laundromat.”

The most famous person from Delaware — the inimitable Aubrey Plaza — officially becomes the host of the Spirit Awards (and Finn Wolfhard’s soul) during a star-studded black magic ceremony that opens the show. Barry Jenkins wins his fourth and fifth Spirit Awards (Best Feature, Best Director; If Beale Street Could Talk), Bo Burnham wins his first (Best First Screenplay, Eighth Grade), and they both thoroughly enjoy watching a special performance of the nominees for Best Original Songs That Are Not Actually Even in These Films, OK? Pip Close wags his way into the hearts of everyone in attendance and watching at home, while his owner, Glenn, receives the Spirit Award for Best Female Lead (The Wife).

Not to be outdone by Kroll and Mulaney, Aubrey Plaza goes back-to-back, returning as the simultaneously glamorous and hilarious host of the 35th annual Spirit Awards. Bong Joon-ho and his charming translator accept the Best International Film award, kicking off a weekend of the director and his film Parasite making history. Robert DeNiro calls Lulu Wang and the team behind The Farewell to the stage, winners of the coveted Best Feature award. Nicolas Cage wears an outfit that matches Aubrey’s microphone, the Spike Lee-produced See You Yesterday wins Best First Screenplay and a mustachioed Adam Sandler accepts the Best Male Lead award (Uncut Gems) with a speech for the ages. Also… Laura Dern, Laura Dern, Laura Dern!