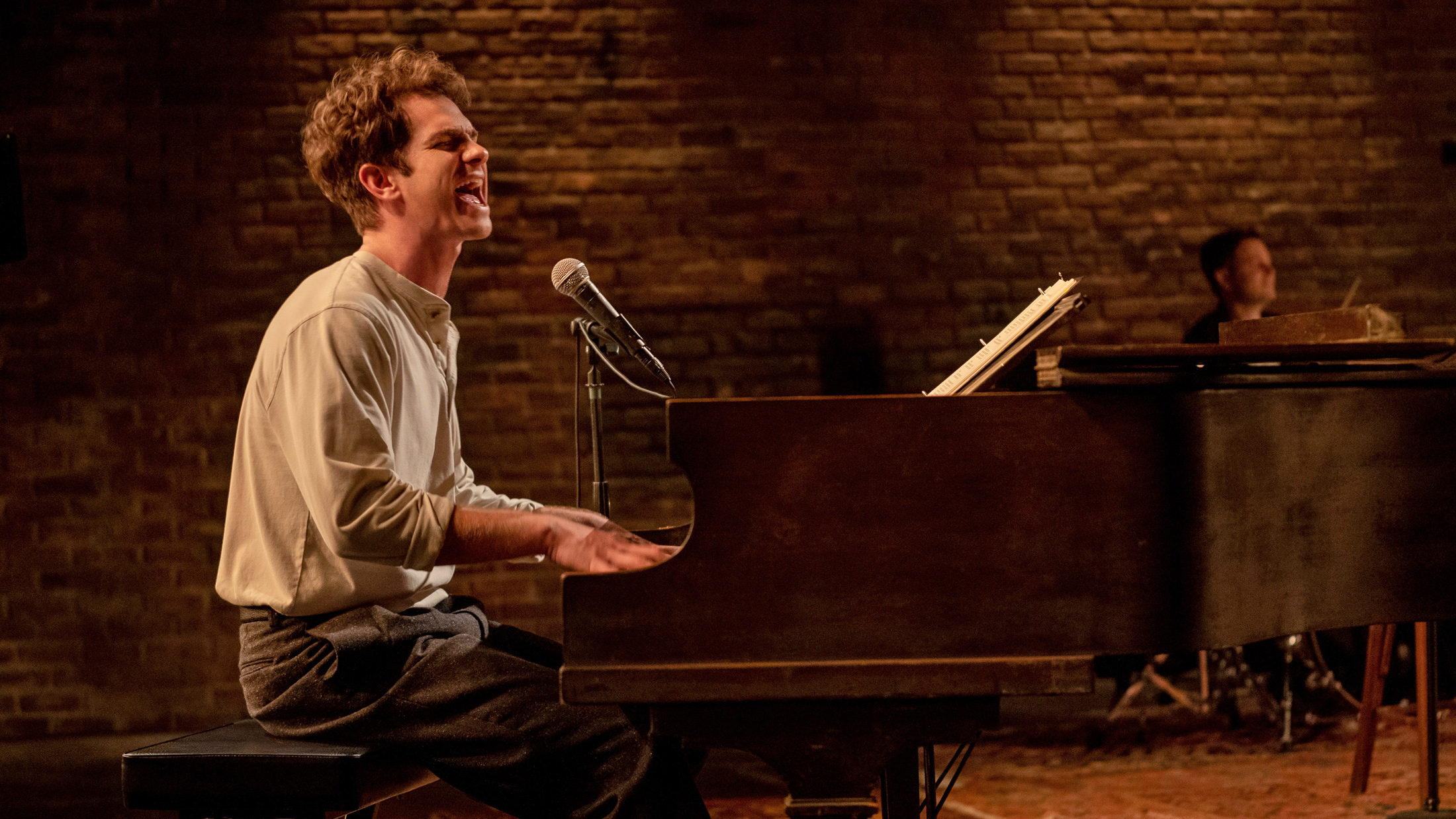 Join us at The Wallis for An Evening With… Andrew Garfield, as we rewind through his career leading up to and including the incredible year of performances he’s graced our screens with – from independents to blockbusters – topping it all off with an Academy Award® nomination for his portrayal of Rent creator Jonathan Larson in Lin-Manuel Miranda’s tick, tick… BOOM!.

Attending Arts Circle Members are invited to join us for an intimate pre-reception on The Wallis campus starting at 6:30pm, prior to showtime.

Andrew Garfield is an Academy Award® nominee and Tony Award®-winning actor who captivates global audiences with his transformative performances spanning feature films and notable theatre productions. He continues to evolve his body of work in powerful roles and compelling narratives.

Garfield is the star of Lin-Manuel Miranda’s tick, tick… BOOM!. The film is an adaption of the autobiographical Off-Broadway show written by Johnathon Larson, who is best known for writing the award-winning musical Rent. The film follows Jon, a young theater composer who’s waiting tables at a New York City diner in 1990 while writing what he hopes will be the next great American musical. The movie arrived in theaters on November 12th, 2021 and on Netflix November 17th, 2021.

Garfield can be seen alongside Jessica Chastain in The Eyes of Tammy Faye, which is based on the documentary of the same name. The film is directed by Michael Showalter and was released by Searchlight on September 17th, 2021 in the U.S.

Garfield will next be seen starring in FX’s Under the Banner of Heaven, based on the critically acclaimed Jon Krakauer novel of the same name, and adapted by Dustin Lance Black. The show follows a Mormon police detective who is shaken when investigating the murder of a woman that seems to involve the Church. Garfield stars opposite Daisy Edgar Jones. The show will debut in April 2022.

In 2018, Garfield starred in the Broadway revival of Tony Kushner’s Pulitzer Prize-winning Angels in America, directed by Tony Award® winner Marianne Elliott. The play had its successful first run at the National Theatre in London and transferred to Broadway beginning February 22, 2019. He received critical acclaim for his portrayal of “Prior Walter” alongside castmates Denise Gough, Nathan Lane and James McArdle. For his performance, he received a Tony Award® for Best Lead Actor in a Play, a 2018 Olivier Award nomination for Best Actor, a Drama League nomination for the Distinguished Performance Award and a Drama Desk nomination for Outstanding Actor in a play.

In 2016, Garfield appeared on the big screen in Mel Gibson’s Academy Award®-nominated World War II epic, Hacksaw Ridge. Based on a true story, Garfield played Army medic Desmond T. Doss, who was awarded the Medal of Honor by President Truman for saving the lives of over 75 of his comrades while under enemy fire during the Battle of Okinawa. The film co-starred Vince Vaughn, Hugo Weaving, Brenda Griffiths and Teresa Palmer, and was released by Lionsgate on November 4th, 2016. Garfield’s critically acclaimed performance earned him lead actor nominations at the Academy Awards®, Golden Globe Awards®, Screen Actors Guild Awards and BAFTA Awards.

Garfield made his Broadway debut in 2012 in the revival of Arthur Miller’s Pulitzer Prize-winning play Death of a Salesman, opposite Phillip Seymour-Hoffman and directed by Mike Nichols. His portrayal of Biff Loman earned him a Tony® nomination for Best Featured Actor in a Play.

About tick, tick… BOOM!
Pulitzer Prize and Tony Award winner Lin-Manuel Miranda makes his feature directorial debut with tick, tick… BOOM!, an adaptation of the autobiographical musical by Jonathan Larson, who revolutionized theater as the creator of Rent. The film follows Jon (Academy Award® nominee and Tony Award® winner Andrew Garfield), a young theater composer who’s waiting tables at a New York City diner in 1990 while writing what he hopes will be the next great American musical. Days before he’s due to showcase his work in a make-or-break performance, Jon is feeling the pressure from everywhere: from his girlfriend Susan, who dreams of an artistic life beyond New York City; from his friend Michael, who has moved on from his dream to a life of financial security; amidst an artistic community being ravaged by the AIDS epidemic. With the clock ticking, Jon is at a crossroads and faces the question everyone must reckon with: What are we meant to do with the time we have?

tick, tick… BOOM! is available to stream on Netflix.

$20 for Film Independent Members, $40 for the general public. Proof of Member status is required to reserve tickets at the Member price; limit two tickets per order.

Members and the general public may purchase tickets starting at 3:00 pm on Thursday, March 3.

Tickets may be purchased in person, over the phone, or directly through The Wallis website below — wait list only:

Upon entry on The Wallis’ campus (indoor or outdoor), all audience members for any programming will be required to show proof of full COVID-19 vaccination, or proof of a negative COVID-19 test within 48 hours of the performance date.

All patrons, regardless of vaccination status, will be required to properly wear a face mask over both the nose and mouth upon entering The Wallis’ indoor and outdoor spaces, for the duration of their visit. The Wallis’ health and safety protocols are also subject to change at the venue’s sole discretion, or in accordance with LA County and City of Beverly Hills regulations.

Availability window and registration capacity may vary; always register as early as possible. All ticket sales are final; no refunds or exchanges.

Attendees must follow all rules and guidelines as laid out by Film Independent and/or its partners. If a guest has been registered for an event by a Member, these policies shall apply to that guest. Violation of written policies and/or staff instructions may result in removal from the venue and/or suspension or termination of Membership/access to future events.

Wheelchair seating is available at all levels. Please be sure to mention your needs when purchasing tickets to allow an appropriate location to be reserved for you.

If you have already purchased your tickets but need assistance, please contact The Wallis Ticket Services at 310-746-4000 for personal assistance.