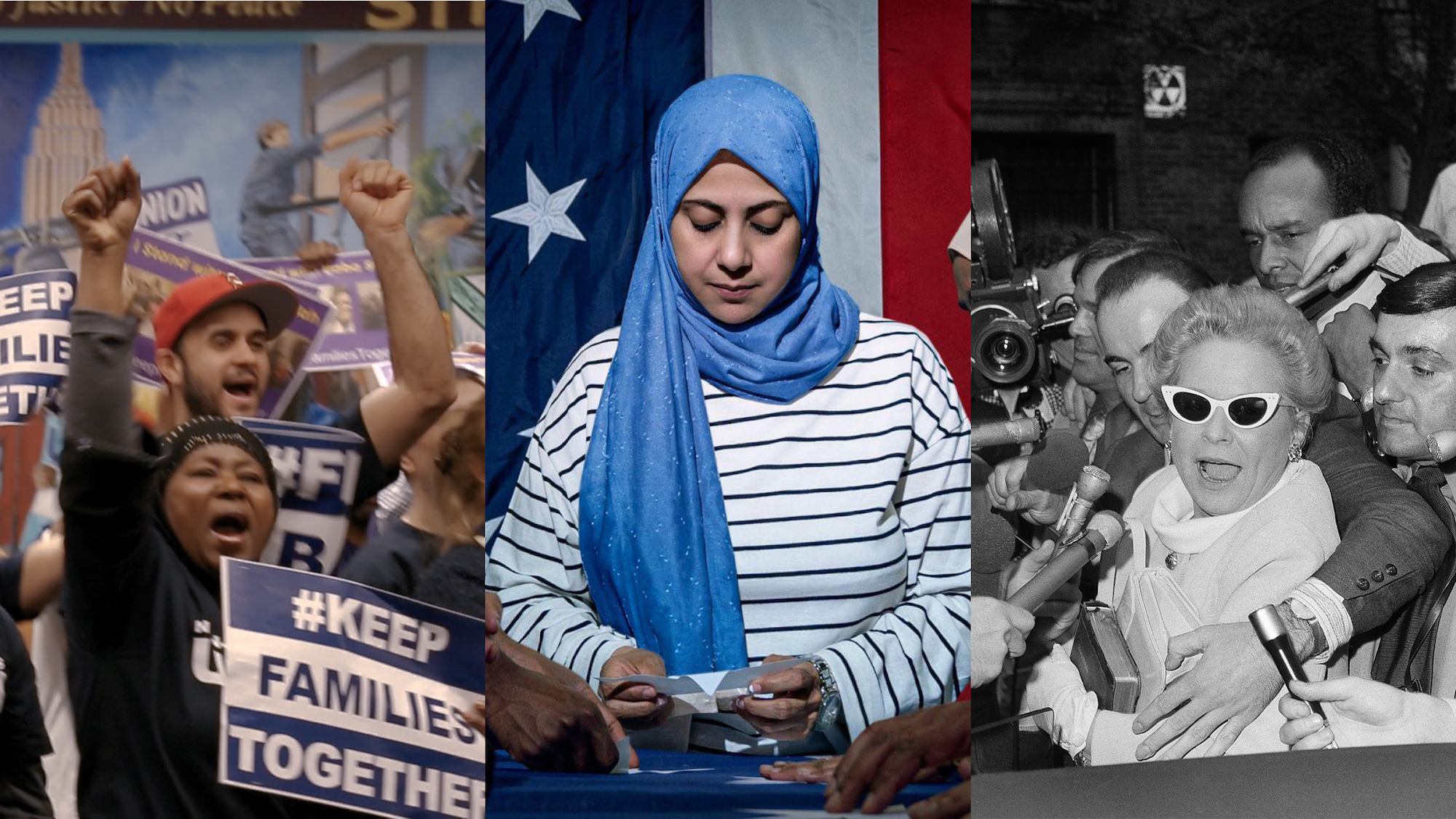 Film Independent Members, you and a guest are invited to watch three short documentary films in our Film Independent Presents Online Screening Room, powered by Vision Media. A special pre-recorded conversation with the directors of The Flagmakers, Cynthia Wade and Sharon Liese; the director and editor of The Martha Mitchell Effect, Anne Alvergue with co-director Debra McClutchy; and the directors of Guerrilla Habeas, Betsy Hershey and Emma Wall, moderated by Jenn Wilson (Senior Programmer, Film Independent), is included as part of this screening experience.

Employee-owned Eder Flag in Oak Creek, Wisconsin, sews and ships five million American flags a year. The flagmakers — locals, immigrants and refugees — stitch stars and stripes as they wrestle with identity and belonging. Sewing manager Radica, a Serbian immigrant, believes every flag has a soul. Ali, a war survivor from Iraq, is learning how to use a sewing machine after arriving in the United States just 90 days prior. Midwestern-born Barb’s genuine friendships with her immigrant co-workers belie her staunchly conservative beliefs. SugarRay, a Black man born and raised in Milwaukee, reflects on his complicated relationship with this country. Each considers: What does the American flag represent in a changing nation and world, and for whom?

She was once as famous as Jackie O. – and then she tried to take down a President. The Martha Mitchell Effect is an archival documentary portrait of the unlikeliest of whistleblowers: Martha Mitchell, a Republican cabinet wife who was gaslighted by the Nixon Administration to keep her quiet. It offers a female gaze on Watergate through the voice of the woman herself.

Guerrilla Habeas provides an intimate view into the work of two intrepid lawyers fighting to restore human rights and dignity of immigrant populations in the United States. As deportations in the dead of night and violations of civil liberties tear families apart, this searing documentary lays bare the shortage of legal representation for immigrants desperately attempting to navigate a complicated, overburdened and broken system. Filmmakers Emma Wall and Betsy Hershey document the real-life experiences of Baba Sillah, Kinimo Ngoran and Nirna Pierre-Paul as lawyers Sarah Gillman and Gregory Copeland fight to reunite them with their children and families.

All Film Independent Members can register for this online screening starting at 4:00 pm on Wednesday, November 9. | Registration is free; one registration per Membership. | Proof of Member status is required to complete registration.