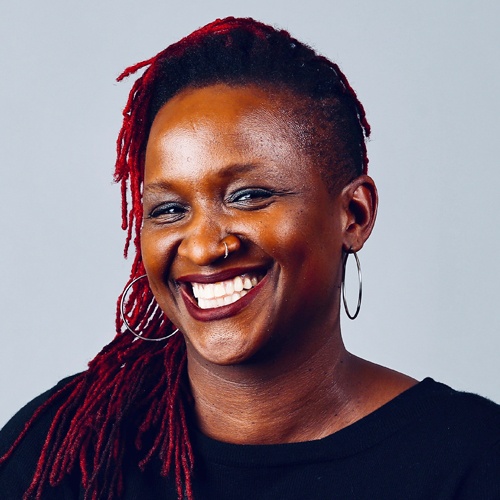 Effie T. Brown is an award winning film, television, and digital producer known for her highly acclaimed, multi-platform repertoire as well as championing inclusion and diversity in Hollywood, both behind and in front of the camera.

Brown’s long and illustrious career began as a Film Independent Fellow in the prestigious Project Involve program. During her fellowship, she gained invaluable insight into the film industry. Incredible work ethic and creative freedom allowed her to advance quickly, becoming Director of Development for Tim Burton Productions in 1995. Decades later, Brown now serves as a Film Independent board member and mentors a new generation of Fellows.

In 2011, Brown made a daring venture beyond television and film. With a love of multiple platforms, she re-teamed with the award-winning producing/directing duo Jon Avnet and Rodrigo Garcia to focus on digital episodic content. Together they produced over 130 episodes of WIGS, an award-winning, original content channel funded by Google/YouTube and FOX Broadcasting. The channel features multiple original series showcasing A-list actors, writers and filmmakers presenting stories centered around the ever-complex lives of women, and blazes the trail for scripted content released directly online. Currently, WIGS is the number one scripted channel for drama on YouTube and has recently been picked up for wider distribution via Hulu.

Brown then went on to produce the highly acclaimed independent feature, Dear White People. The film won multiple awards, including the Special Jury Prize for Breakthrough Talent at the 2014 Sundance Film Festival and Best First Screenplay at the 2015 Film Independent Spirit Awards.

Given her longstanding relationship producing successful content with the network, HBO recognized Brown’s ability to mold a low budget film into a critically acclaimed success and invited her to join the controversial reboot of Project Greenlight (executive produced by Matt Damon & Ben Affleck). The show’s premise is to take an original screenplay and give a first time filmmaker the opportunity to work with industry professionals to create a feature film. In 2015, she served as producer and mentor to the show’s fresh new director.

Effie T. Brown joined Lee Daniels Entertainment in 2016 to executive produce season one of the hit series Star on FOX. In keeping with her commitment to inclusive and diverse content, she executive produced Disney Channel’s Zombies, which premiered in 2018. The high school musical delivers an inspirational story about tolerance, inclusion, individuality and conviction… but with zombies.

Currently, Brown returns to her love of inclusive genre film & television (thriller, action, sci-fi, horror) by securing several “big concept” IPs told through an inclusive storytelling lens. Her company, Duly Noted Inc., continues to be dedicated to ground breaking narratives that use genre to challenge and advance our culture in a disruptive way. Her dream is to change the world through film and TV – celebrating our differences while bringing us all closer together.