When a divorced middle-aged city bus driver crosses paths with a beautiful young trans wouldbe starlet, their attraction for each other becomes an unexpected lesson in rediscovery.

With her sights once set to perform on Broadway, Crystal Emerald Greene (32) now finds herself working multiple jobs and supporting her non-supportive live-in boyfriend Shawn (30’s). Questioning him regarding the text she’s viewed on his phone, Shawn angrily storms out. Later, at her Jazz Club gig, Crystal performs a stunning finale making us understand her incredible talent, but also, where her current life is as an entertainer. Backstage after her performance, the glamorous matriarch club owner Ms. Blue (60’s) visits Crystal’s dressing room. Wanting only the best for her, Ms. Blue finds out Crystal’s car is being fixed and Shawn won’t be picking her up from work, which impels Crystal to ride the bus home. Not music to her ears, Ms. Blue endearingly reminds Crystal to really understand her worth, and value those who value her. Boarding the bus, Crystal meets the robust Bus Driver John Max (46), who takes an immediate interest. As he works on getting to know her, he begins to share his history of kids, divorce and feeling old. Crystal’s uplifting response stamps her interest in John, igniting him to extend an invite for a drink after his shift—she accepts. Through conversation, John becomes an unexpected catalyst in Crystal rediscovering her self-worth, getting her to understand the importance of moving forward in pursuing her Broadway dreams, while she gives John a newfound connection of feeling desired. Exuberant, they arrive at his car after a wonderful evening. Crystal’s curiosity leads her to ask John about the number of Trans-women that he’s dated–John, not clear about her question, makes Crystal realize he doesn’t know she’s Trans—immediately she shares her truth, and John’s now challenged with this reality. Surprising Crystal, John insightfully embraces why they actually met. Months later, Crystal finds herself at her first big Off-Broadway audition.

Make a donation to Crystal. 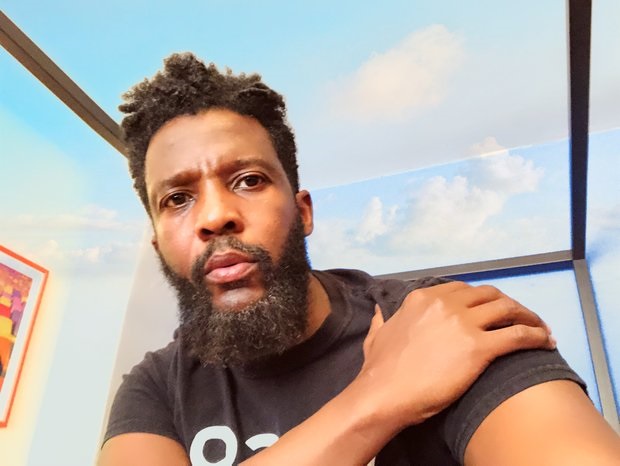 A Producer on the CNN/FI Fellowship docuseries Immeasurable: The Color of Fashion, James is a writer/director/editor from Michigan. A screenwriting fellowship from Richard Walter, Screenwriting Chair at UCLA, thus started his journey into writing and television production where he met UCLA partner in crime Jeffrey Relf. James has been a key creator of numerous unscripted sizzle reels and treatment pitches. He 1st AD’d the Arthur Miller play at the International City Theater, and his short-form thriller Nurse has climbed to the semifinals of the industry’s most prestigious writing competitions. James is currently developing the episodic series The Beach House, based on his life as an elite psychotherapist.

Andrés Garzas endeavors to have his visual interpretation of the narrative be embraced by the audience. The convergence of the visual story, with an artistic vision and technical expertise is at the core of Andres’s love for film. He creates the story by supporting the director’s vision and interpreting page to screen with a visual resonance. Garzas studied cinematography in Madrid, concurrently working as an A/C on internationally renowned films, among them: Pedro Almodóvar’s Talk to Her, Milos Forman’s Goya Ghost, El Dos de Mayo, directed by Jose Luis Garci, and Black Butterfly, directed by Pancho Lombardi.

Wanzer Is a transgender American model and actress currently residing in Hollywood, California. She is best known for her spread in Vogue Germany and Opening Ceremony video campaign. She has walked in Miami Fashion Week, New York Fashion Week, Latin Fashion Week, and L.A. Fashion Week. Her acting roles include sharing the scene opposite Oscar winner Mo’nique in the feature film Interwoven, playing a receptionist in the pilot [Un]Afraid, and being herself in the reality docuseries Strut.

Trymaine started his career as an actor in Columbus, Ohio. A student of improv, he became part of the Improv Troupe, “#Hashtag”, preforming shows at Columbus’ The Short North Stage Theatre, and eventually winning 2013’s Improv Wars. Trymaine can be seen as JoJo Siwa’s big loveable sidekick in Nickelodeon’s JoJo’s Dream Tour, opposite Thomas Q Jones in the feature film A Violent Man and again opposite Jones in the Bronze Lens 2020 Award Winning Best Short Film thriller, Catching Up as Detective Reed.

Make a donation to Crystal.