Let Your Sisters Be

Beautiful and unforgettable, a journey of survival...

This project is no longer soliciting donations

When sisters Alex and Claire learn of their abuser’s death, they journey to a New Zealand settlement to witness his burial.

Life is simple in this community. Everyone is connected and for Tia’s single mother Madonna, a helping hand makes all the difference whether it be from mother (Nana) or trusted friend and local celebrity Dennis (aka Birdman.)

As Alex and Claire roll into town, triggered memories take us back through their childhood where we witness the subtlety of deception. Blinded by daily practicalities of family life, parents David and Helen miss the telling signs of abuse.

Tia is the unsuspecting link. Like her mother, she is strong-minded and resilient, though far less trusting, as is Nana who keeps a watchful eye. Madonna prepares food for the funeral and whether intentional or not, Tia lets down her guard, setting Madonna off on the mother of all missions.

A cemetery provides the stage for the final showdown. From a distance, Alex and Claire observe mourners by the grave-side. The burial proceeds but is interrupted when Madonna takes her revenge. The earth shakes alighting Kotuku to take flight to carry Birdman’s soul to the underworld.

Early evening and Alex and Claire encounter Tia one last time. It is done, and peace is restored. 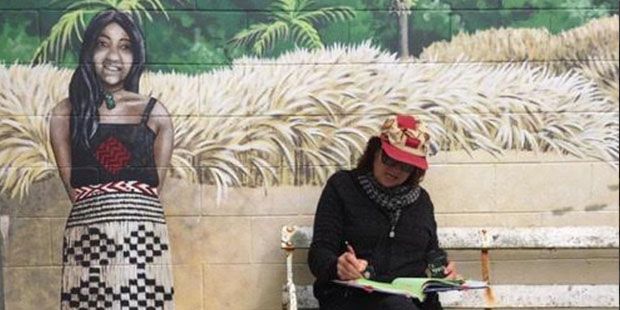 “If you’re going to tell a story, make it a good one!” The ethos has guided Aileen’s work as a director. But Aileen O’Sullivan has helmed drama for a wide range of mediums. She is a writer, producer, actor, teacher and journalist. Her first screen job was an acting role in The Governor. After directing on Gloss and The Billy T James Show on NZTV, O’Sullivan set up her own production company Seannachie Productions. Currently in development is Meri a period drama series and The Old Man of The Sea, a feature documentary for theatrical release.

Kath Thomas has a 25 year career in the film industry as script supervisor and script editor, working alongside directors on 32 features, 19 shorts and TV drama series including Whale Rider, In My Father’s Den, The Grudge (Japan), Deadlands, The Vinter’s Luck (France), Mr. Pip (Bougainville) The Dark Horse, The Orator, 6 Days, Top Of The Lake Season seasons one and two, and One Thousand Ropes. Kath is an avid picture taker, chronicling people at work and play.

New Zealander Mary Sewell currently resides in Madison, Wisconsin. A professional violinist for over thirty years, Mary began working in production for independent film and recently found her voice in screenwriting. She has worked in theatre and for symphonic stage shows. Mary was co-writer and producer for Fantasy in D Minor. A short film currently making its way around the festivals circuits in Cannes, the United Kingdom and the United States. Fantasy in D Minor won Best International Short Film at the Oxford International Film Festival.

Arguably New Zealand’s premier cinematographer, Alun Bollinger has been slanting southern light onto film and other formats for over 40 years. He has worked with almost every significant Kiwi director including Peter Jackson, Jane Campion and Gaylene Preston. He has shot over 43 features. The Gerard Smyth documentary The Art and Life of Cinematographer Alun Bollinger turned the camera 180 degrees, with illuminating results.

Ken Sparks’ training is in drama and music. His introduction to editing was as an assistant on the Vincent Ward classic In Spring One Plants Alone. Since then he has edited drama, dance films, many documentaries, music videos and commercials. Sparks has won three NZ TV awards. He also directed on hit series Heartland.