When drag queens start disappearing, a shy young barista must summon his inner super-shero to rescue them from an evil cosmetics exec bent on harvesting their magical anti-aging tears.

Shy young barista, Simon, works at the Pink Unicorn Cafe with his childhood best friend, Jae. On his 21st birthday, Simon finds a magic wig that turns him into the titular drag super-shero, Maxxie LaWow.

Meanwhile, drag villain Dyna Bolical has discovered that drag queen tears are the secret to eternal youth. She’s been kidnapping queens for a test batch of her new cosmetics line. Now she’s going after Maxxie and her super-powered tears to take her cosmetics company global and become filthy rich… 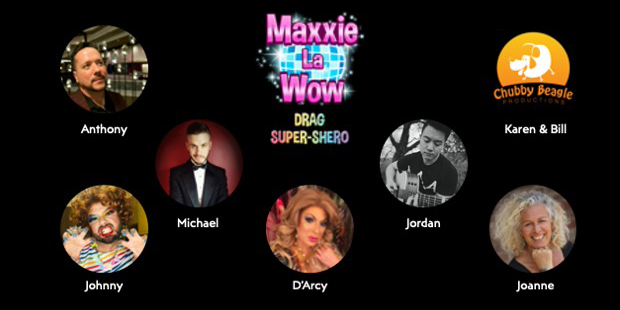 Anthony Hand is a product designer and former entrepreneur in Silicon Valley where he puts his storytelling skills to use on a daily basis. Anthony has seen every season of RuPaul’s Drag Race since Season 1, frequents local and national theater and cabaret, and is a recovering comic book geek. Anthony is also President of the Board for the Silicon Valley Gay Men’s Chorus. Seattle drag legend Dina Martina is his spirit totem.