Is a healthy neurodevelopment a civil right?

Armed with innovative brain imaging technologies and the emerging field of neurolaw, scientists set a course to advocate for evidence-based juvenile criminal policy.

The 1990’s teenage years sparked an energetic cultural surge of fashion, music, politics and hanging out. In the same decade, the fear-driven “tough on crime” political rhetoric sent a wave of young people to adult prisons to grow up, accelerating mass incarceration.

Alongside the boom of young people in adult prison, neuroscience researchers were discovering the field of adolescent brain science and arrived at a watershed revelation: distinguishing people as adults at the age of 18 is fundamentally arbitrary.

With animation sourced from brain imaging technologies, Rewiring Juvenile Justice shows that crucial brain maturation — such as the development of the frontal lobe which is the region linked to risk-taking — continues to roughly one’s mid-20’s. Under the law, “juvenile” appears to be randomly defined when compared to findings that show an 18-year old is undergoing a prolonged period of biological adolescence. As such, this research indicates that adolescents are a neurologically vulnerable population and that under carceral conditions, the confined environments severely limit opportunities for young people to form prosocial behaviors. When growing evidence shows that prison environments restrict healthy neurodevelopment, would then incarcerating young people be considered cruel and unusual punishment?

Already in the last decade, the Supreme Court ruled four precedents and cited scientific research as persuasive reasons to expand protections for youthful offenders. What emerges now is an interdisciplinary field called “neurolaw,” made up of a group of scientists, lawyers, and policymakers reframing the criminal justice system as informed by rigorous neuroscientific inquiry. 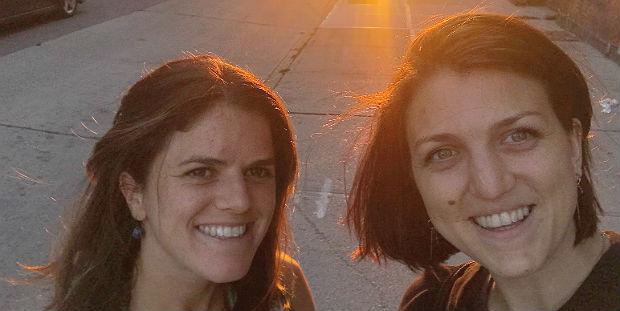 Helena Cortes is a documentary filmmaker interested in deepening our collective understanding of fundamental social issues through a scientific lens. Her transition from a decade-long career in cell biology research influences her approach to communicate seemingly complex ideas into accessible and visually engaging storytelling. She is currently working on a film directed at reshaping our conversations on juvenile justice.

Bria Cole is a media artist and documentarian working between New York, LA, and Toronto. Formerly spearheading workshops at DCTV, a time-honored media center, Bria works as a media educator. She is co-directing a forthcoming feature, Reconstructing Annie, a documentary about millennials casting seniors in a remake of a 1970’s film. She is producing three unreleased documentaries while enjoying six cups of coffee a day.

Currently the Vice President of Live Action Development and Movies at Nickelodeon, Stephanie Bang brings over 10 years of broadcast experience to this project. She’s a New Yorker currently residing in Los Angeles with her husband and beagle mix. Rewiring Juvenile Justice is her first documentary.