A Rock and Roll series...

Snake River is a Rock and Roll drama series about the unlikely rise of Luke Weaver, a middle-aged depressive whose talent for self-sabotage is second only to his ability to make great music.

Suffocating in the monotony of small-town life and going nowhere fast, Luke watches his hometown band – and life as he knows it – crumble, as his longtime best friend, Scotty, moves on. With no future in sight, Luke’s depression plunges even deeper with the return of his ex who unloads some unexpected complications.

Desperate, he turns to the only person he has left: Natalie, his childhood friend… and Scotty’s girlfriend. With shadows from his past weighing him down, Luke embarks on a quest that will change his life and his music, forever.

Driven by its powerfully moving original soundtrack, Snake River portrays a difficult and honest journey of the human spirit, taking us across deep divides most of us fear crossing.

Make a donation to Snake River. 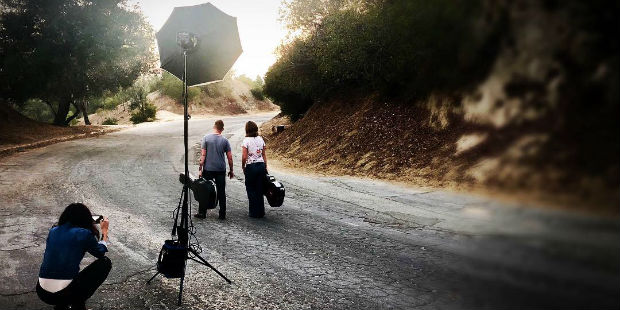 Bobby spent his teenage years in Miami, Florida studying the classical guitar with Carlos Molina (the world-renowned understudy of Andres Segovia) and singing in the speed metal band, Dark Descent. Dark Descent relocated to San Diego, California where Bobby was bitten by the acting bug and spent the next two years playing lead roles in numerous theater productions. After landing the starring role in the independent feature, Godmoney, he made the move to Los Angeles. A series of leading roles in independent films soon followed. Bobby wrote, produced and starred in the feature comedy, Guy in Row Five, which has garnered numerous awards on the film festival circuit (including the Best Actor Award at the Westwood International Film Festival for Bobby’s performance as Thess, the Audience Award at the Cinequest International Film Festival, and Best-in-the-Fest at The So Cal International Film Festival) and is set for a worldwide release in 2019.

Ashley J Krick began her film career over 10 years ago working in long and short form projects. With experience as a creative director, producer, director and line producer, she brings a creative, yet practical approach to all projects she executes. With a Bachelor of Science in Film from Full Sail University, she moved to Los Angeles and began her career in music videos. Now she works in commercials for the largest agencies, creative directs for clients such as Google and Microsoft, while still enjoying passion projects for various small studios and companies, as well as her own.

Zach Voytas is a film and commercial Cinematographer, based in Los Angeles. He attended Full Sail University, receiving a bachelors of science in Film, gravitating towards cinematography. Zach immediately moved to Los Angeles, working his way up the lighting department as a gaffer where he learned the craft of lighting. Zach has now been working in the industry for 11 years as a director of photography. Today he has shot six feature films, over 30 shorts, dozens of music videos and commercials and several digital episodes. His goal is to create artistic, beautiful films that leave an impact.

Make a donation to Snake River.