Stronger Than The Bullet

Help independent filmmakers tell their stories.
Make a donation to Stronger Than The Bullet today.

Stronger Than The Bullet is a non-partisan documentary project following three generations of women – in three states – as they fight for voting rights during the 2020 election.

Embedded, we witness the inspiring stories of communities struggling for representation in an election year where not only democracy itself is on the line – but people may literally be dying to vote.

Each generation has a timeless tale to tell, revealing a hard truth – we have been here before.

People say the 2020 presidential race is “the most important election of our lifetime.” With demonstrators for racial justice in our streets, with over 200,000 souls lost to a pandemic, and with Mother Earth under attack from climate change – this is indeed a high-stakes moment.

Every adult has the right to a vote, but legalized voter suppression prevents equal access to the franchise.

In Alabama, thousands of polling locations have been closed following the 2013 Supreme Court decision of Shelby County, which ruled the U.S. no longer had a racism problem and thereby gutted the Voting Rights Act. The late Justice Ginsburg wrote the dissent in defense of the late Rep. John Lewis’ VRA.

In Texas, a state that is 40% Latinx, lawmakers revised electoral maps to add more anglo-dominated districts.

In Arizona, Native Americans have been purged from the voter rolls over 1 million times, and armed “poll watchers” further threaten to silence their voices.

So, who’s fighting back? The women!

Just like they did 100 years ago, when a diverse group of women achieved the 19th Amendment, women are standing up to make sure their community’s voices get counted.

Stronger Than The Bullet embeds with three generations of women challenging the status quo.

We will be following:

– Selma’s original “foot soldiers,” now grandmothers, marched alongside John Lewis on the Edmund Pettus Bridge. They were beaten and jailed as children while fighting for civil rights.

These icons pass the torch to next-generation leaders on the frontlines of a “vote or die” election.

“It’s going to take the wisdom of the elders and the energy and knowledge of the young.”

Together in a fight for civil rights, they prove there is no limit to their strength.

Make a donation to Stronger Than The Bullet. 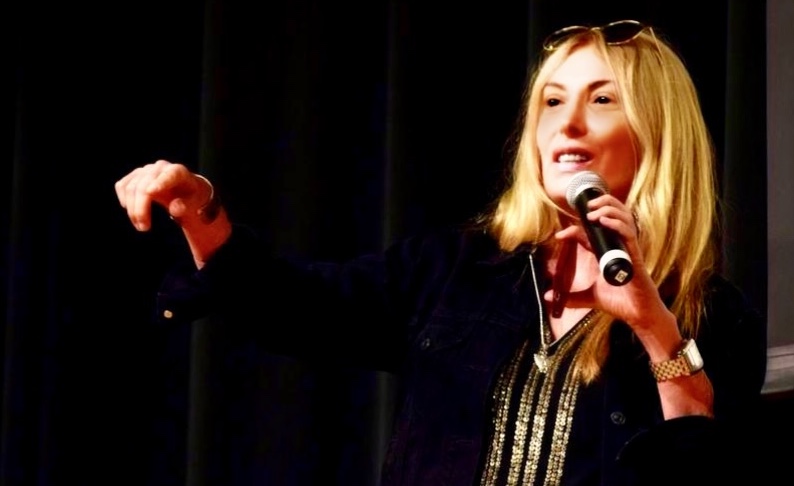 Most recently, Gilda was show-runner and Executive Producer of five seasons of VH1’s hit docu-franchise Love & Hip Hop. The series dominated weekly cable as the #1 non-scripted program and trended on social media with #LHH.

Inspired after meeting Nelson Mandela in South Africa and filming in his prison cell of 27 years, Gilda founded VUSI Filmworks to focus on filmmaking for social change. VUSI’s award-winning documentary short, Let My People Vote, was featured by the American Film Institute, NBC’s Meet The Press, and has screened at Google with continued sponsorship support by the Levi Strauss Foundation.

Gilda volunteers on an Executive Committee of the Television Academy/Emmys, has served on the board of the International Documentary Association, and is a member of the Writers Guild of America.

Paula is a producer with a passion for innovative and inclusive storytelling combined with new technologies. For the last three and a half years at Anonymous Content, she led the development and creative production of over 20 projects across film, television, VR, and podcasts. Previously, Paula was an advisory producer at Calm.com, leading the Spanish content creation for the award-winning app. She also worked on VR gaming and content development for Hyperator VR, founded by a Walt Disney Internet Group game producer.

Make a donation to Stronger Than The Bullet.

Proud to be a Levi Strauss Foundation “Get Out The Vote” 2020 Grantee Partner!