When Frances McDormand won the Oscar for Best Actress (for Three Billboards outside Ebbing, Missouri) in March, she memorably pointedly concluded her acceptance speech with two words: inclusion rider. The phrase immediately became one of the most-searched terms on Google, as Hollywood watchers scrambled to educate themselves on the concept—animated in no small part by the continued relevance of #TimesUp and perennial desire for greater diversity within the entertainment industry.

The gist: an inclusion rider is a clause built into the contracts of high-profile talent (actors, producers, directors, etc.) that stipulate greater rates of inclusion of underrepresented groups both in front of and behind the camera. Such groups include women, POCs, LGBTQ people and people with disabilities.

The idea was first proposed by Stacy Smith—a professor at USC’s Annenberg School of Communications—in 2014 Hollywood Reporter op-ed. Since then, Smith has worked in collaboration with civil rights attorney Kalpana Kotagal and Annenberg Inclusion Initiative board member Fanshen Cox DiGiovanni, herself an actor-producer, to create a formalized inclusion rider template for download.

But just how, exactly, does an inclusion rider work? Does it work? Is it even legal? Let’s find out—here now are eight important things you need to know.

What is a “rider”? For many, the word “rider” is synonymous with the image of spoiled celebrities making outrageous backstage demands, like Van Halen’s infamous purge of brown M&Ms at all of their concerts in the 1980s. But simply put, a rider is any provision of a contract that the talent negotiates in order to have the conditions of employment tailored to their preferences. And for elite talent—specifically, the kind with green-light power—an inclusion rider is a way to utilize a business contract to further their desire for diversity.

It’s inspired by the NFL. Well, sort of. One of the Smith’s references for the inclusion rider is the National Football League’s “Rooney Rule”—which requires pro football teams to interview minority candidates when hiring for a new head coach or other senior football operations job. Adapted for Hollywood, it requires “good faith efforts” to consider minority candidates for tertiary acting roles and crew positions both above and below the line.

They aren’t one-size-fits-all. As Smith says in a video for USC’s YouTube channel, “It’s not a boilerplate that can be implemented [across the board]; it has to be uniquely tailored to each individual.” Sometimes, the rider may carry a penalty provision if the obligations specified aren’t met. “That penalty clause might depend on the actor, and how much risk they want to take,” says Smith.

Is it against the law? Some have dismissed inclusion riders as a quota system, similar to Affirmative Action. But as with the NFL’s Rooney Rule, inclusion riders are on firm legal ground most solidly when it comes to amassing diverse candidates for a potential hiring pool—not with regard to the actual hiring itself. Per the Jayaram Law Group, an inclusion rider demanding a specific number of diverse hires would not hold up in court if challenged. But! If the clause is drafted as an aspirational effort towards greater diversity, it would be upheld—hence the idea of “good faith efforts.” They exist to make sure minority candidates are at least considered.

Stars are adopting it. Following McDormand’s Oscar speech, several high profile actors and filmmakers pledged their public support of inclusion riders, adopting it most often as policy for their vanity production shingles. These include Paul Feig’s Feigco, Ben Affleck and Matt Damon’s Pearl Street Productions, and Michael B. Jordan’s Outlier Society, among others.

Just the stats, ma’am. One of the main goals of inclusion riders is to make sure that the diversity of the U.S. population at large is reflected onscreen. Per an Annenberg Foundation report, women accounted for just 31.4% of speaking roles in the top 100 box office films of last year, even though they make up fully one-half of the population. People of color accounted for 29% despite being 40% of the U.S. population, and only 2.7% of such roles were given to people with disabilities, despite being 20% of the populace. Says Smith: “Tertiary speaking characters should match the gender distribution of the film, as long as it’s sensible for the plot.”

It’s gaining industry support. Following the Oscars, William Morris Endeavor CEO Ari Emanuel sent out a company-wide memo about inclusion riders, telling agents: “It’s imperative that you have a conversation with your film and TV clients about this imperative issue.” And while it’s true that studios have been slower to adopt the process, Smith says, “We’ve been ramping up, and #TimesUp definitely accelerated the process.”

Think positive. The idea of penalty clauses can be intimidating to producers, which is why in addition to such provisions Smith also advocates for the positive approach—like working with state and city governments as well as local film boards to attach financial incentives to production. “So that now, we have the carrot and the stick,” she says.

Ultimately it comes down to increased cooperation all the way up the Hollywood food chain: agencies, producers, studio execs, A-list actors and directors—anyone with the power to make hiring decisions. And inclusion riders, Smith says, are all about “formulating best practices to counter bias.” 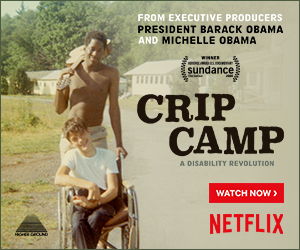 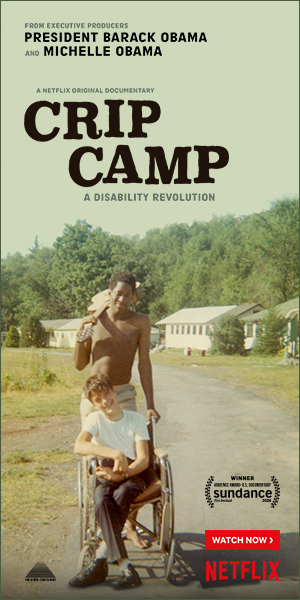 LEGAL EASE: Does Your Film Need an LLC?

We The People: “We Got Receipts” and Why Inclusion Means...