EDITOR’S NOTE: The following article originally ran in July of 2019. We’re re-posting it here with minor edits to the original text. Special thanks to author Meri Hilalian.

Everybody knows how daunting the pitching process can be. Nevertheless it’s an essential skill that all would-be TV creators need to learn how to do. Why? Because: it might lead to the result you want—selling your project to someone who can actually make it happen. Identifying the right buyer for you and coming up with a fitting title, logline, etc. are all a part of the pitching process, which, contrary to what you may think, need not be a formidable challenge.

Enter Evette Vargas: writer, director and producer extraordinaire. At our July 16 educational event, “In the Room Where It Happens: Your Pitch,”—produced by Lex McNaughton and taking place at Film Independent’s Wilshire Boulevard offices—Vargas offered insight and advice about how to level-up your pitching game. Discussing how to prep for that make-or-break meeting, she went step-by-step through the elements of a successful pitch.

First order of business: no unsolicited materials! What does that mean? Vargas explained that—at this moment in time—literary agents are pretty much out of the equation. For better or worse, you can now knock on a producer’s door yourself. The catch? You must ask for permission to send your project to so and so. When you have the green light (typically from an agent’s assistant) only then is your script no longer considered unsolicited material. Cool, huh?

It’s well known that query emails are deleted immediately. Vargas reaffirmed an inconvenient industry truth. There are of course always exceptions, but generally speaking, “A query email, most of the time, will be deleted.” According to Vargas, your goal should be to get somebody on the phone and get them excited to have a pitch meeting. “Get the invitation to come in and pitch your show,” she said, adding: “You don’t want to send a script—you want to pitch.”

But before you go knocking on doors, don’t forget to prepare. You only get one chance to make a first impression. So ensure that “your pitch is perfect and your team is in place,”—your team, Vargas said, “[is] part of that initial sell to get yourself the [pitch] meeting.” Having legitimate support attached to a project makes it more viable in the mind of buyers.

ONCE YOU GET INSIDE

What are the elements of a pitch? Keep in mind: you’re also writing the script of the pitch itself. Vargas said, “You’re going to write it [the imagined meeting] in the first-person, and it’s going to be a conversation—one that you’d have with your best friend, with anyone.” She continued, “You’re connecting with another human being, sharing the passion and the belief that you have about your show.” Which is exactly what pitching is: a passionate, straightforward proposal.

“Whoever’s on the other side of the table, you’re setting the stage, contextualizing the series for them,” Vargas said. Small talk when walking into the meeting aren’t just idle chit-chatter, either. “The pitch begins as soon as you walk into that meeting. You want to make sure that somehow [the small talk] ties into your personal story or some element of your pitch.” You’re planting seeds about your project and your story as a creator from the beginning.

After the stage is set float into the logline, format, genre and tone of your show. “Format—that’s whether it’s a half-hour drama, a one-hour drama, is it a limited series?” Vargas said. “The genre—is it a hybrid, an action-drama?” You really want to make sure you’ve thoroughly explained what the genre is, stating something like: “It’s dramatic, but has some comedic elements.”

COLORING IN YOUR WORLD 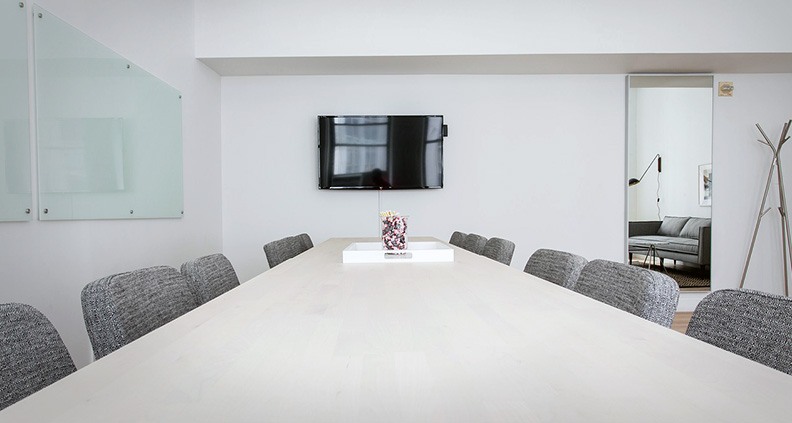 The tone of a film or TV show tends to be a difficult element to succinctly describe. As Vargas said: “When it comes to tone, a visual can say it all, between the color and the world you’re mimicking.” You can also express tone by pointing to other films or television series. “You have to be careful, because you never want the buyer to think that your show is that,” said Vargas. So be very specific, something like ‘This show is tonally in the vain of…’” is great.

You want the logline—one or two sentences—to be conversational. And you definitely want to make sure to say it very early in the pitch. Doing so, Vargas says, “Really helps center [the audience] and reminds them of what your show is—these are very, very busy people,” Vargas noted, with up to eight pitch meetings on any given day. “So remind them,” she said.

The most important aspect of the pitch is answering this question: 1) Why do you have to write this? 2) Why are you the only writer that can write this? and 3) What is your personal connection to this idea?—according to Vargas, “They’re going to be listening very carefully to this portion, because if they end up buying this, they have to believe that you know what it is; that you’re invested and can take it all the way to the finish line, again and again,” she said.

Also, don’t read from your notes. “You want to make a human connection,” Vargas said. “Looking into someone’s eyes, that’s how they’re going to read your passion.” Speaking with passion—being authentic and genuine during the pitch—is essential to convincing execs to believe in your show as deeply as you do.

Behind Big Finance with the Cast and Creators of ‘Billions’

Watch Film Independent Educational Content at Home and on Demand