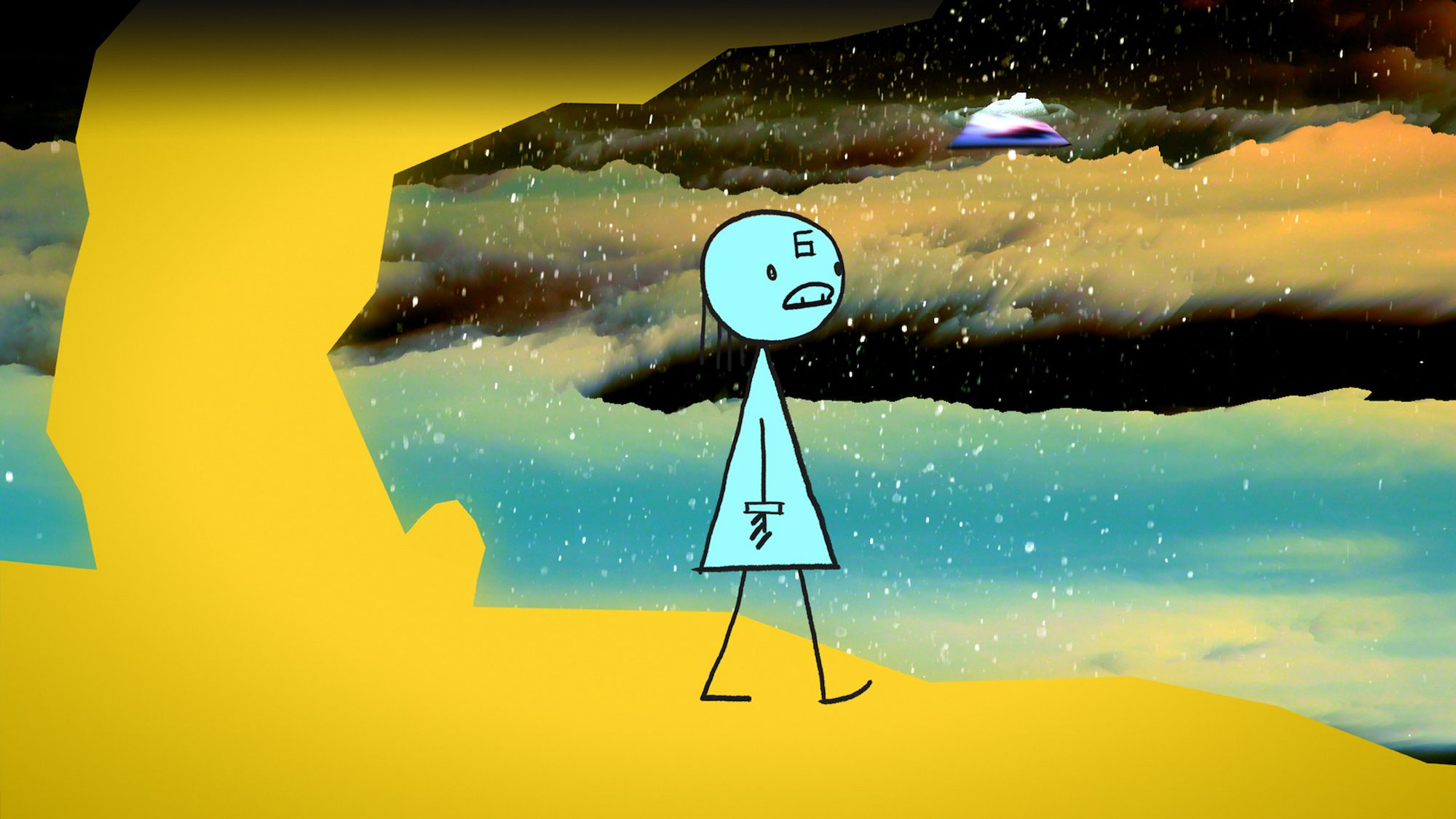 Since the ‘90s, the maverick animation director Don Hertzfeldt has been working so potently and cleverly in a type of animation he has made all his own – the world of stick-figure cartoon. He has created a series of shorts that have crashed into the firmament like lightning bolts, finding the humor and pathos in a field that might have been dismissed as parody if not for the sheer force of imagination he brought to the area. With his 1998 short student film, “Billy’s Balloon” – his fourth, made while he was finishing up at UC Santa Barbara – he found a way to wring equal amounts of wit and neurosis. The emotional terrain he farmed grew with each success, and the following films – from the short “Rejected” to the feature length It’s Such A Beautiful Day (which was expanded from a shorter piece) – took up more space, finally evolving to the epic. He has become one of the most admired, and imitated, filmmakers of the past twenty years, while maintaining a handmade control over his output. His newest, “World of Tomorrow 2” (a sequel to his Oscar nominated short) is hilarious, surreal and heartfelt. He will show the “Tomorrow 2” and Hertzfeldt will converse about the worlds he has created in his own way after it screens at Film Independent at LACMA.

$15 for Film Independent and LACMA Film Club members. Members of these two groups can purchase tickets starting at 12 pm on Thursday, November 16. Limit two tickets per membership. Proof of member status is required to reserve tickets during advance reservation period.

$20 for LACMA members, students with valid ID and seniors (65+); $25 for the general public. Members of these four groups can purchase tickets starting at 12 pm on Thursday, November 23. Two ticket limit.