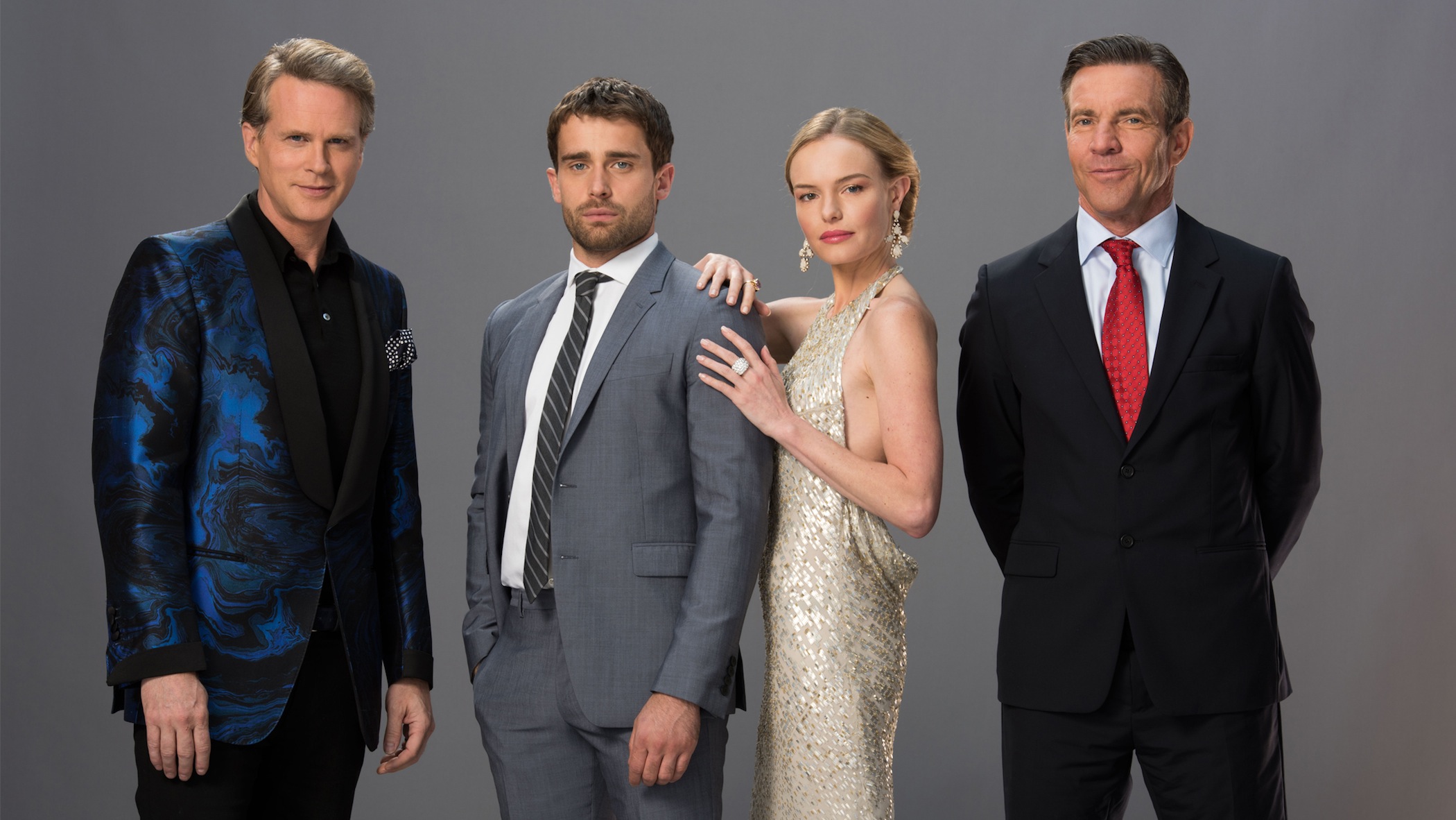 The Art of More stars Christian Cooke as former soldier Graham Connor who shakes off his blue collar, Brooklyn roots and gains access to an elite society through his connections with a smuggling ring he encountered during his tour in Iraq. Dennis Quaid stars as charismatic real estate shark Samuel Brukner, a Machiavellian master of money and power who is one part charm and one part intimidation. He is the life of the party, but when it comes to his money, he can be both ruthless and corrupt. Cary Elwes is Arthur Davenport, a shrewd and eccentric world-class collector of art and illegal antiquities who mentors Connor, and Kate Bosworth portrays Roxanna Whitman, daughter of the CEO of one of New York’s oldest and most respected auction houses. Although she was born into this exclusive world and thrives in it, Roxana is riddled with insecurities that drive her to be a formidable executive in her own right. Premiering Sony’s streaming network Crackle in November 2015, The Art of More garnered rave reviews, and generated more than 2 million views within the first month. The second season delves deeper into the high-stakes world of New York’s cutthroat fine art and memorabilia world and continues to explore the blurred lines between ambition and greed, revenge and crime. What’s the ultimate “price” individuals will pay when huge egos and huge money are involved?