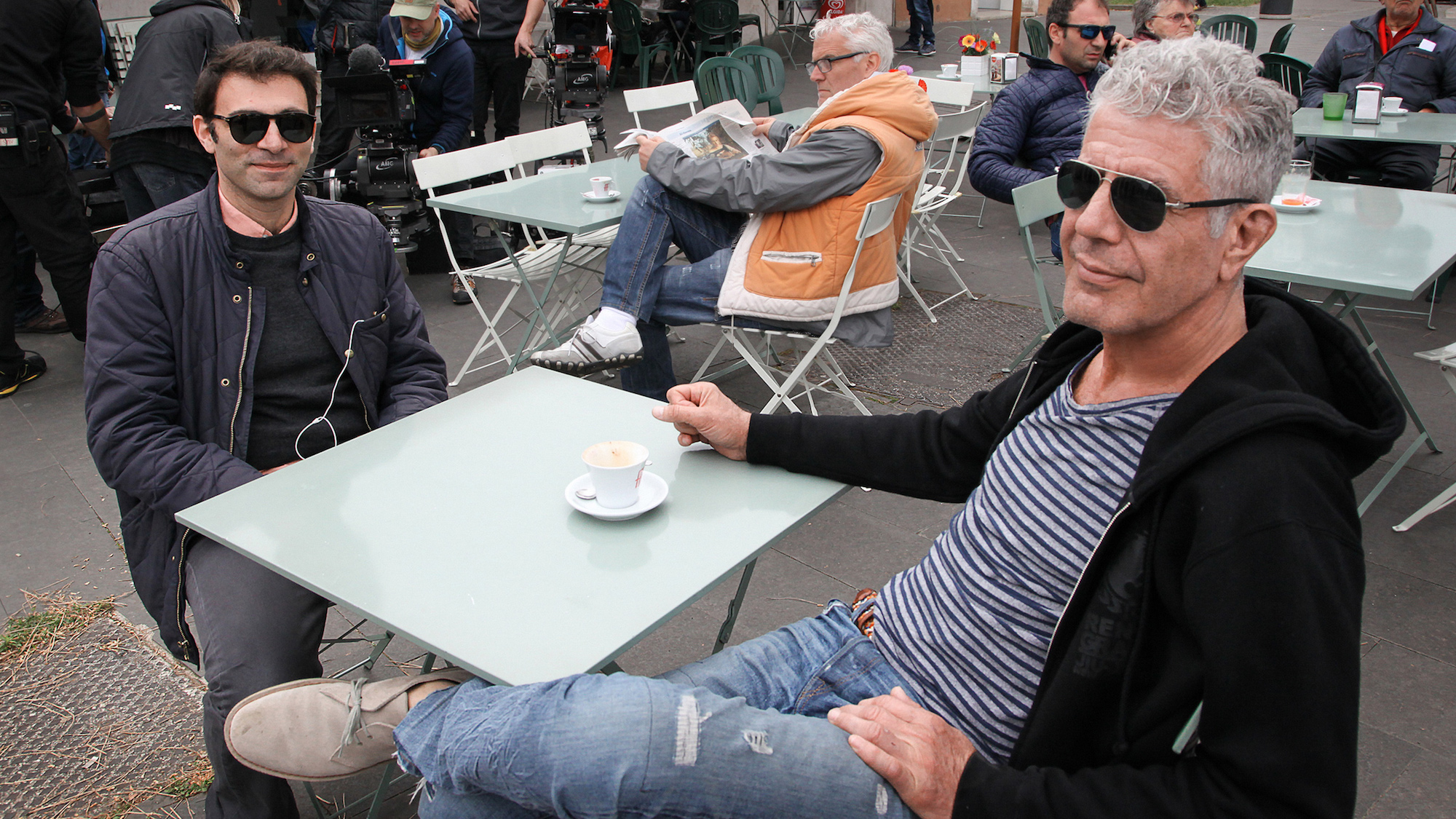 A restless, inquisitive mind in search of a singular meal and an equally stimulating conversation—that’s the best way to describe both the CNN series Parts Unknown and its thoughtful, occasionally abrasive but always curious host, Anthony Bourdain. This former chef turned writer—he’s penned fiction, graphic novels, and the hungry memoirs Kitchen Confidential and Medium Raw, among others—has now hosted eight seasons of this series that on the surface could be provisionally considered a travel show. But Bourdain’s probing turn of mind, his cinematic, music and literary influences, generosity towards those who toil and take their work seriously without ostentation, and his need to understand a constantly changing world have made this Emmy and Peabody Award-winning program much more than that. After a presentation of an episode from the eighth season of Parts, featuring a nod to acclaimed film directors, Bourdain arrives at the Bing Theater for a question-and-answer session, just as the series begins its 9th season Sunday nights at 9pm on CNN.

Episode 808: “Rome” – Bourdain’s Roman holiday takes a cinematic turn, influenced by his tour guides, actress Asia Argento, screenwriter/director Abel Ferrara, and a host of larger than life Romans who take him inside a Rome for the locals. Bourdain shares drinks at the “Friends Corner” trattoria in Lido di Ostia, dines a traditional Roman meal at Trattoria Morgana, eats pasta and watches an amateur boxing match in the suburbs, and takes a trip to the famed EUR zone built by Mussolini.

LACMA member and general admission tickets can be reserved starting at 12 pm on Tuesday, May 2. | Free; limit two tickets.