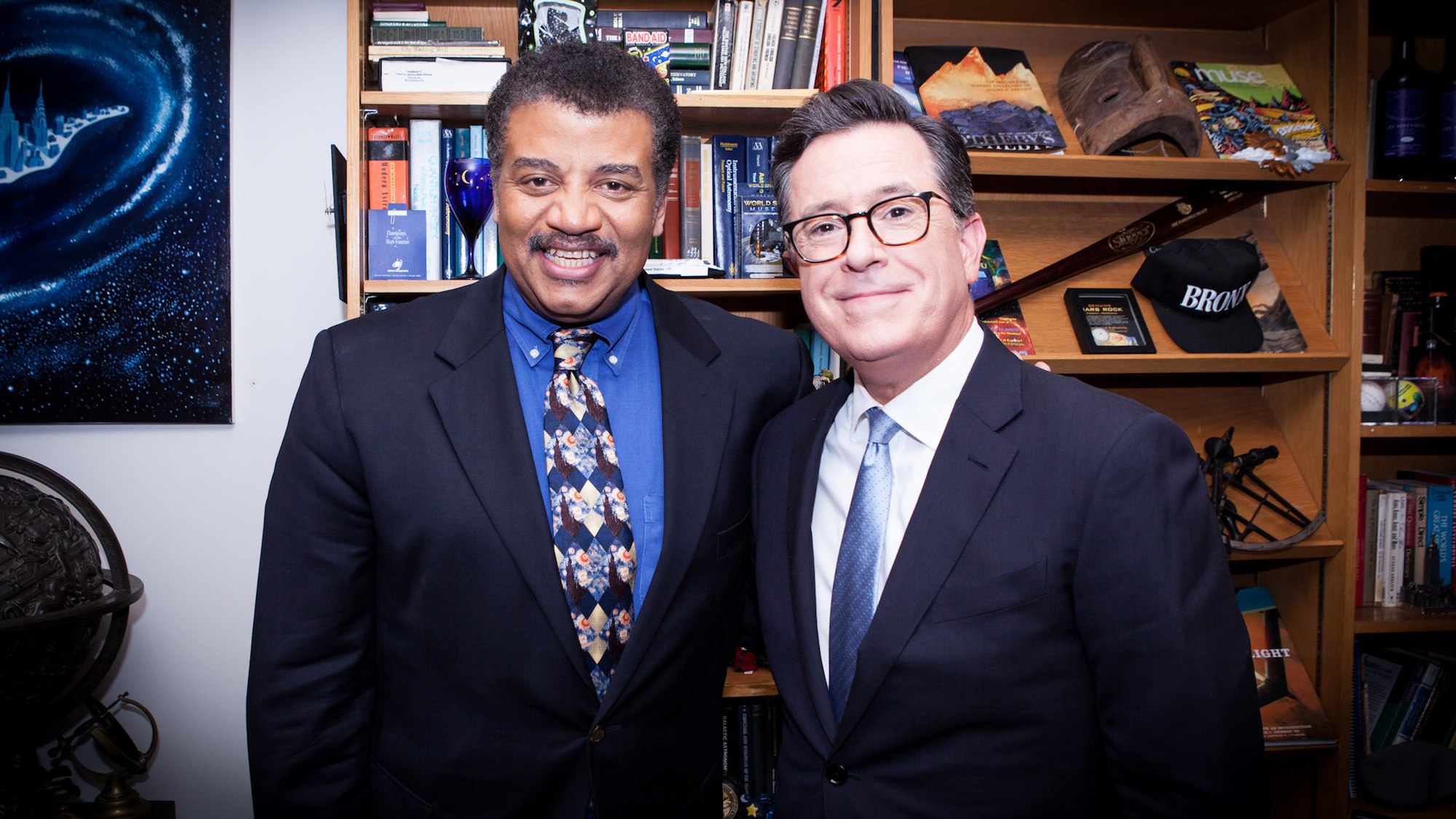 Includes a conversation with astrophysicist and author Neil deGrasse Tyson

Does astrophysicist, best-selling author and TV and podcast host Neil deGrasse Tyson like being called a star? Tyson’s career has allowed him the opportunity to demystify the science of the skies, using his intellectual and oratorical gifts to wax enthusiastically enough about his areas of expertise that he’s made himself a revered public figure. In National Geographic’s StarTalk, now in its fifth season, Tyson is the central figure in a format that allows for taped segments and panel discussions about objects planetary and otherwise. Those discussions and interviews have included individuals who (probably) don’t have a philosophical objection to being called stars – among them Stephen Colbert, George Takei, Katy Perry and Seth McFarlane. After a screening of a new episode of StarTalk, Tyson will be in attendance for a live conversation.

They Charge for the Sun

In a dystopian near future, in which sunlight is a commodity to be bought and sold, a young black girl discovers that she has a symbiotic relationship with the sun.

LACMA member and general-admission tickets can be reserved starting at 12 pm on Thursday, May 24. | Free; limit two tickets.