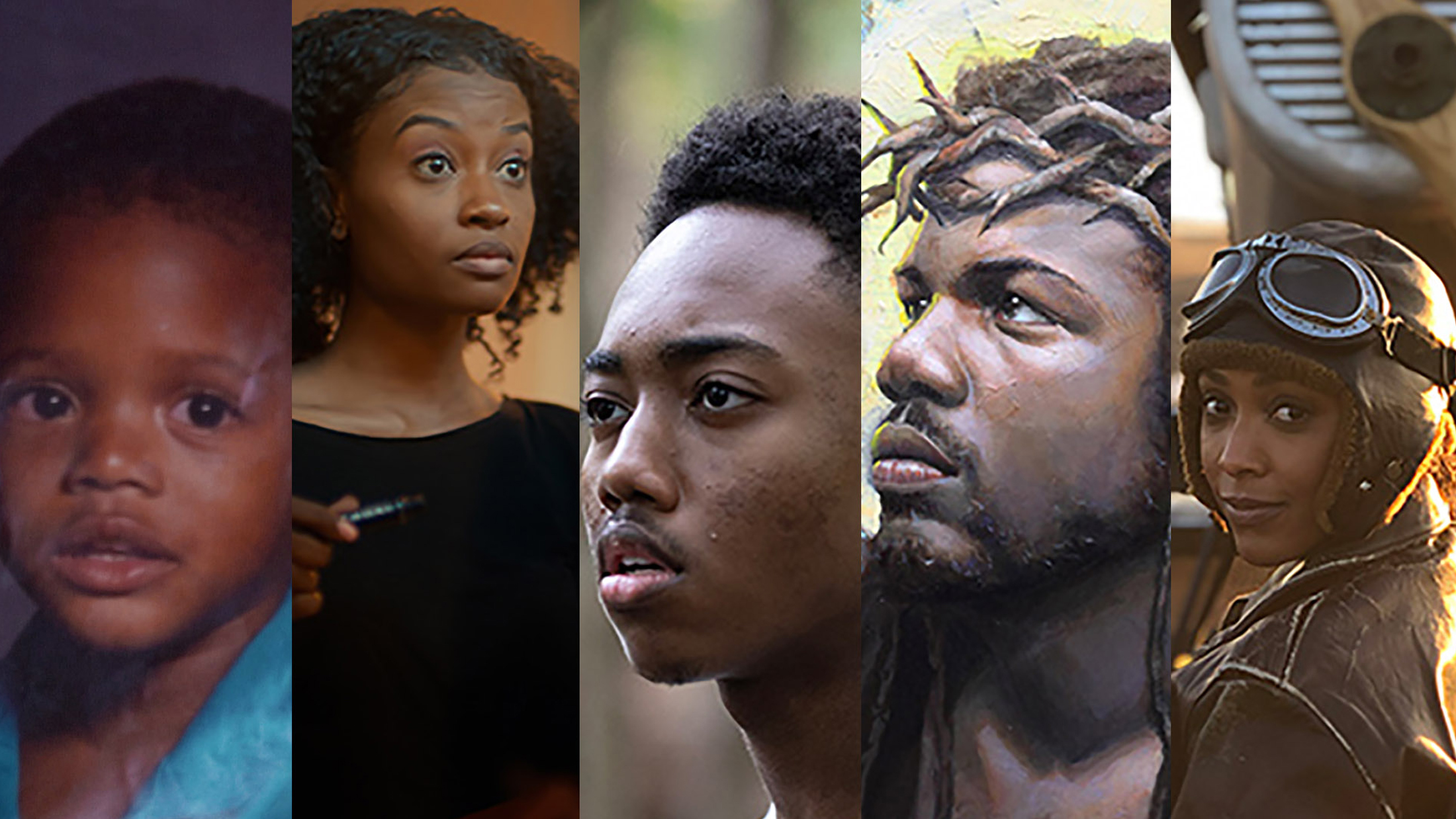 All five just debuted new short films thanks to a partnership between Film Independent and Netflix Film Club – a YouTube channel offering behind-the-scenes videos, celebrity interviews and more, for cinephiles new and old. As the channel’s community grew, so did its ambition to highlight underrepresented voices. Together, both organizations were able to develop a program to fund short films from five promising independent Black filmmakers.

In July of 2020, 45 Fellows from Film Independent’s Artist Development Labs and Project Involve program were invited to submit pitches under the banner of “Vision 2020.” The goal was to inspire and empower filmmakers to tell their stories amidst a pandemic and social unrest.

Five were selected to produce their shorts, each receiving a $10,000 grant. After months of writing, directing and editing, all five films are now available to watch on both Netflix Film Club and Strong Black Lead.

During the Q&A, find out how the filmmakers pulled off the creation of these shorts in the midst of a pandemic, what inspired them to tell these particular stories at this time, and what’s next on the horizon for each. Additionally, those tuning in live will have the opportunity to submit questions.

Learn more about the five films and their creators below.

Baltimore native Sheldon Candis is a graduate of the USC School of Cinematic Arts. Candis’ feature directorial debut LUV was an official selection in the 2012 Sundance Film Festival Dramatic Competition. Candis directed the feature length documentary Baltimore Boys under the ESPN Films banner, and “Who Will Survive America” for the Sundance Now Doc Club original series Take 5: Justice in America. Recently, Candis wrapped production on When the Lights are the Brightest, the next chapter of the NBA 2K video game series.

Queen Bess – The allegory ascension of the first female African American aviatrix. Based on the true story of Bessie Coleman, the daredevil aerodynamic queen of the sky.

Jarrett Lee Conaway holds an MFA in Film Production from the USC School of Cinematic Arts. His feature directing debut, the teen comedy Mono, was released on Netflix in 2016. Conaway directed the horror comedy web series Bite Me, which earned three Streamy Award nominations and has been viewed over 35 million times.

My Brother Jesus – After an unorthodox painting of Jesus goes viral, the artist and his muse discuss its significance in the wake of BLM protests in Richmond, Virginia.

Originally from Cameroon, Ellie Foumbi holds an MFA from Columbia University’s School of the Arts in Directing. Foumbi made her TV directorial debut on BET’s Tales. She was a 2019/2020 Venice Biennale Cinema College finalist, with her first feature, Our Father, the Devil, which will be presented at the 78th Venice International Film Festival.

Home – Moving is always hard, especially when the new neighborhood turns against you.

Nijla Mu’min is an Easy Bay Area native and a 2013 graduate of CalArts MFA Film Directing and Creative Writing programs. Her debut feature film, Jinn, won the Special Jury Recognition Award for Screenwriting at the 2018 SXSW Film Festival. She has directed episodes of Queen Sugar and Insecure, and recently wrote for the upcoming series Swagger. She is currently developing her second feature film, Mosswood Park.

Black Prom – A Black girl’s dreams of going to the prom are disrupted when she and her boyfriend are faced with a hostile police encounter.

Frederick Thornton is a Spirit Award-nominated and Gotham Award-winning Black filmmaker. Originally from Cleveland, Ohio, Thornton is a graduate of Chapman University, where he completed a BA in Psychology. His latest feature, Go Back to China, premiered at SXSW in 2019. He is currently in pre-production on his narrative directorial debut short film, October Mourning.

Injustice System – A mother struggles to deal with the unknown condition of her incarcerated son during the worst pandemic in over 100 years.


Event details and guest participation are subject to change or cancellation without prior notice.