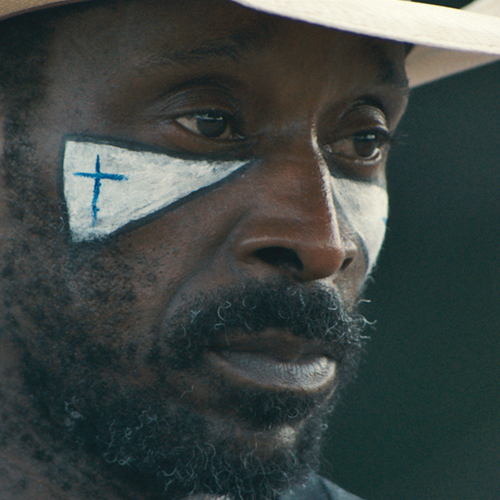 After trashing her neighbor’s house in a fit of youthful defiance, Kris is forced to help Abe, who scrapes by on the Texas rodeo circuit. Together, Kris and Abe forge an unexpected connection, helping each other see new possibilities and hope for the future. Annie Silverstein brings an eye and ear for authenticity to her work, and draws impressive emotional performances from her cast in Bull, which premiered in Un Certain Regard at the Cannes Film Festival (2019) and received several awards at the Deauville Film Festival including the Grand Jury Prize.

Annie Silverstein is an award-winning filmmaker and youth worker based in Austin, Texas. Her films have screened at international festivals including Cannes and SXSW. Her last film, Skunk, won the jury award at the 2014 Cannes Film Festival’s Cinéfoundation. Before attending film school, Annie spent ten years as a youth worker and media educator, collaborating on community film based projects with Native American youth on reservations across Washington State. She co-founded and served as Artistic Director at Longhouse Media, an indigenous film organization based in Seattle. She earned her MFA in Film Production from the University of Texas at Austin. Silverstein has been named one of the “25 New Faces of Independent Film” by Filmmaker magazine, selected for the Sundance Screenwriters and Directors Labs, and received the Time Warner Fellowship. Bull is her first feature film.