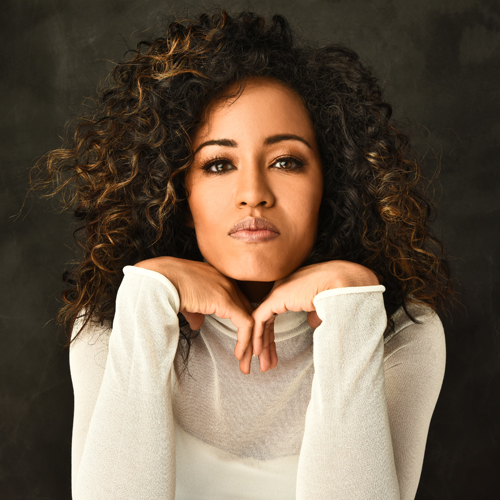 Dawn-Lyen Gardner currently stars as Charley Bordelon in the critically acclaimed hit TV show Queen Sugar, created by Ava DuVernay and executive produced by Oprah Winfrey. Gardner has been acting professionally since the age of nine. In her youth, she appeared on such shows as ER, Viper and The Sinbad Show. She went on to pursue formal training at the prestigious Juilliard School, where she was awarded the Elizabeth Smith prize, and where she first met and worked with her Queen Sugar co-star, Rutina Wesley.

A native Angeleno and former teaching artist, her advocacy work has long intersected with her work as an artist, ranging from youth arts to racial justice to women’s issues. She is a member of social justice collective HARNESS – founded by America Ferrera, Ryan Piers Williams and Wilmer Valderrama in response to the 2016 election – whose members work to center marginalized communities in pop culture. In 2018, Dawn-Lyen became an official ambassador for the women’s empowerment organization Women for Women International and spoke alongside Rinku Sen at the FACING RACE Conference in Detroit, MI. She resides in Los Angeles.