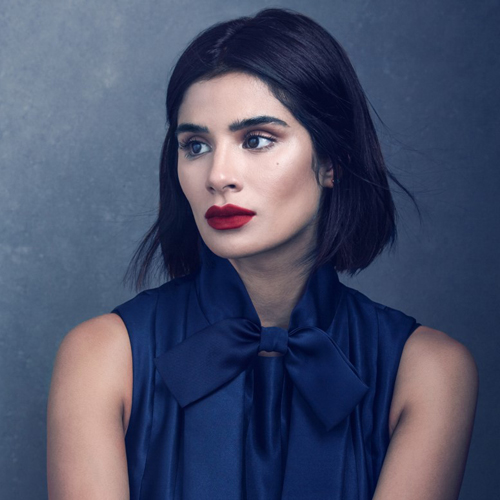 Diane Guerrero is an actress, author and activist who is well known for starring as Maritza Ramos on Netflix’s Orange Is the New Black, for which she received three Screen Actors Guild awards. Additionally, she currently stars as Crazy Jane in DC Comic’s Doom Patrol and received a 2019 Imagen Award nomination for Outstanding Actress in a Drama Series.

Her other credits include playing Lina on The CW’s Jane the Virgin, Sofia in the CBS comedy series Superior Donuts and she can be heard as the voice of Jessica Cruz/Green Lantern in the Warner Bros. animated film Justice League vs. The Fatal Five.

In 2015, Guerrero was named a White House Ambassador for Citizenship and Naturalization. She is an outspoken advocate for common sense, comprehensive immigration reform and has worked with Immigrant Legal Resource Center and Mi Familia Vota, a nonpartisan Latino civic engagement organization, to promote citizenship and voter registration. Additionally, that year she was named one of Variety’s “10 Latinos to Watch.”