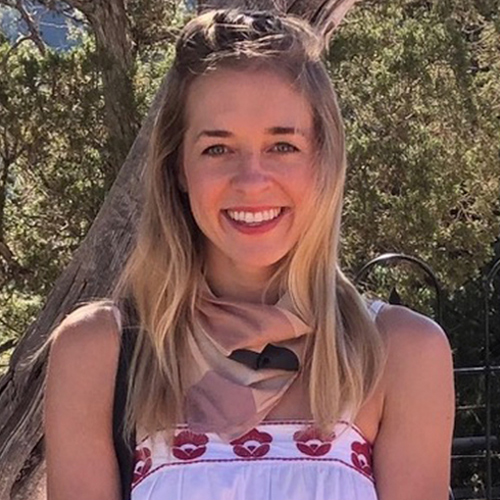 Katie McNeill serves as the Head of Development & Production at Hunting Lane. She most recently produced Nicole Riegel’s directorial debut Holler, which premiered in competition at the 2020 SXSW Film Festival. She executive produced Kim Snyder’s latest documentary, Us Kids, which premiered in competition at the 2020 Sundance Film Festival. Additionally, she executive produced Q Ball for Fox Sports and was nominated this year for a Sports Emmy Award.

In 2017 she produced Netflix’s The After Party, written and directed by Ian Edelman. Prior to that she co-produced Focus Features’ The Zookeeper’s Wife, directed by Niki Caro and starring Jessica Chastain, A24’s Mississippi Grind, directed by Ryan Fleck & Anna Boden and starring Ryan Reynolds and Ben Mendelsohn.

McNeill produced The Offseason: Kevin Durant, a documentary for HBO, as well as ESPN 30 for 30 documentaries What Carter Lost, Sole Man and The Day The Series Stopped, for which she earned a Sports Emmy Award in 2015.

Earlier in her career, McNeill served as an Associate Producer on Derek Cianfrance’s The Place Beyond the Pines, starring Bradley Cooper and Ryan Gosling, as well as Sundance Lab project, Little Birds, from writer/director Elgin James.