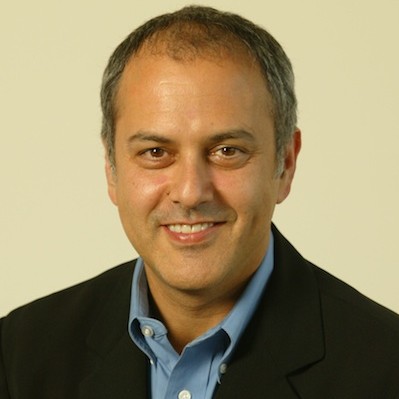 Michael Helfant has 30 years of entertainment industry experience in film, television, video and digital media production, financing and distribution. He is co-founder of both, Amasia Entertainment, an international production/financing company, and Troika Pictures, which Helfant co-founded to develop, produce and finance a slate of youth-oriented motion pictures. In addition to producing recently-released The Call (aka The Hive), directed by Brad Anderson starring Halle Berry and Abigail Breslin, Helfant is currently producing Careful What You Wish For, The Road Within and Mr. Right.

Prior to forming Troika Pictures, Helfant was President and COO of Marvel Studios, overseeing all of the studio’s live action and animation activities in film, television and video. During Helfant’s tenure at Marvel, the studio launched a new slate of self-financed films including Iron Man and The Incredible Hulk.

Prior to Beacon, Helfant was Senior Executive Vice President of Miramax/Dimension Films, overseeing the SPY Kids, Scream and Scary Movie film franchises, among other films. At Miramax/Dimension, Helfant was responsible for all of Dimension’s business activities, including production/financing, merchandising/licensing and interactive/new media.

Before Miramax/Dimension, Helfant was Executive Vice President, Head of Business Operations and Acquisitions at Interscope Communications, Inc. (The Hand That Rocks the Cradle, Mr. Holland’s Opus, Jumanji, Runaway Bride, What Dreams May Come and Pitch Black). Before joining Interscope, Helfant served as Senior Vice President of Sovereign Pictures, Inc., an independent international production/financing/distribution company involved with such films as Reversal of Fortune, The Commitments, My Left Foot and Cinema Paradiso.

Helfant started his career as an entertainment attorney with Loeb & Loeb in Century City. He is a graduate of the JD/MBA program at UCLA and taught entertainment strategy and finance for many years as an adjunct lecturer at the UCLA Anderson School of Management.

Helfant currently serves on the boards of several non-profit and charitable organizations, including the advisory board of MovieClips.com, the board of directors of Film Independent and the Advisory Board of the Los Angeles Chapter of the Juvenile Diabetes Research Foundation. Helfant also served for many years on the board of the Mr. Holland’s Opus Foundation and the UCLA Entertainment Symposium Committee.