“The Film Independent Spirit Awards celebrate the best films of the year – films characterized by creative independence and original, provocative subject matter, as well as diversity, innovation and uniqueness of vision,” said Film Independent President Josh Welsh. “At a time when the film business is undergoing such change and challenges, it’s important to loudly celebrate the work itself – the films! – and to recognize 2019 as a year of bold, audacious and accomplished filmmaking. That’s what the Spirit Awards are all about.”

Welsh added, “The Spirit Awards are a unique awards show in that the winners are chosen by the members of Film Independent, an open access organization made up of film lovers and filmmakers alike. To everyone who cares about film and wants to help shine a bright light on the great work being made today, I urge you to join Film Independent by December 5 and become part of our voting body.”

Winners, who are selected by Film Independent Members, will be announced at the Spirit Awards on Saturday, February 8, 2020. The awards ceremony will be held on the beach in Santa Monica, just north of the Santa Monica Pier. The show will be broadcast live exclusively on IFC at 2:00 pm PT / 5:00 pm ET.

Film Independent is proud to announce the return of its collaboration with American Airlines, who joins for the sixth year and returns to fund the Bonnie Award, recognizing a mid-career female director with a $50,000 unrestricted grant. And, we welcome this year’s Official Automotive Partner, Mazda.

For more information on submission guidelines, voting, the history of the Spirit Awards and more, please visit spiritawards.com.

Film Independent Members vote to determine the winners of the Spirit Awards. Members can attend the free Nominee Screening Series in Los Angeles, and receive DVD screeners of select nominees by mail and digital screeners online. Members must be current by December 5, 2019 to receive full voting benefits. Join today at filmindependent.org/join.

BEST FEATURE (Award given to the producer. Executive Producers are not awarded.)


BEST FIRST FEATURE (Award given to the director and producer)


JOHN CASSAVETES AWARD – Given to the best feature made for under $500,000 (Award given to the writer, director and producer. Executive Producers are not awarded.)

Kirill Mikhanovsky
Give Me Liberty

Chris Galust
Give Me Liberty

Lauren “Lolo” Spencer
Give Me Liberty


ROBERT ALTMAN AWARD – Given to one film’s director, casting director and ensemble cast


BEST DOCUMENTARY (Award given to the director and producer)


BEST INTERNATIONAL FILM (Award given to the director)

Portrait of a Lady on Fire
France
Director: Céline Sciamma


BONNIE AWARD – Bonnie Tiburzi Caputo joined American Airlines in 1973 at age 24, becoming the first female pilot to fly for a major U.S. airline. In her honor, the third Bonnie Award will recognize a mid-career female director with a $50,000 unrestricted grant, sponsored by American Airlines.


SOMEONE TO WATCH AWARD – Presented by Bulleit Frontier Whiskey, the 26th annual Someone to Watch Award recognizes a talented filmmaker of singular vision who has not yet received appropriate recognition. The award includes a $25,000 unrestricted grant.


TRUER THAN FICTION AWARD – The 25th annual Truer Than Fiction Award is presented to an emerging director of non-fiction features who has not yet received significant recognition. The award includes a $25,000 unrestricted grant.

ABOUT THE FILM INDEPENDENT SPIRIT AWARDS

For over 38 years, Film Independent has helped filmmakers get their projects made and seen. The nonprofit’s mission is to champion creative independence in visual storytelling and support a community of artists who embody diversity, innovation and uniqueness of vision.

While working to make the entertainment industry more inclusive, Film Independent provides access to a network of like-minded artists. Film lovers, industry professionals and anyone passionate about visual storytelling can become a Member at filmindependent.org, and find @FilmIndependent across social platforms.

IFC is the home of offbeat, unexpected comedies. Acclaimed series Documentary Now!, Brockmire, Baroness von Sketch Show, Sherman’s Showcase and the upcoming Year of the Rabbit air alongside fan-favorite movies and comedic cult TV shows. IFC is owned and operated by AMC Networks Inc., and available across multiple platforms. IFC is Always On, Slightly Off. 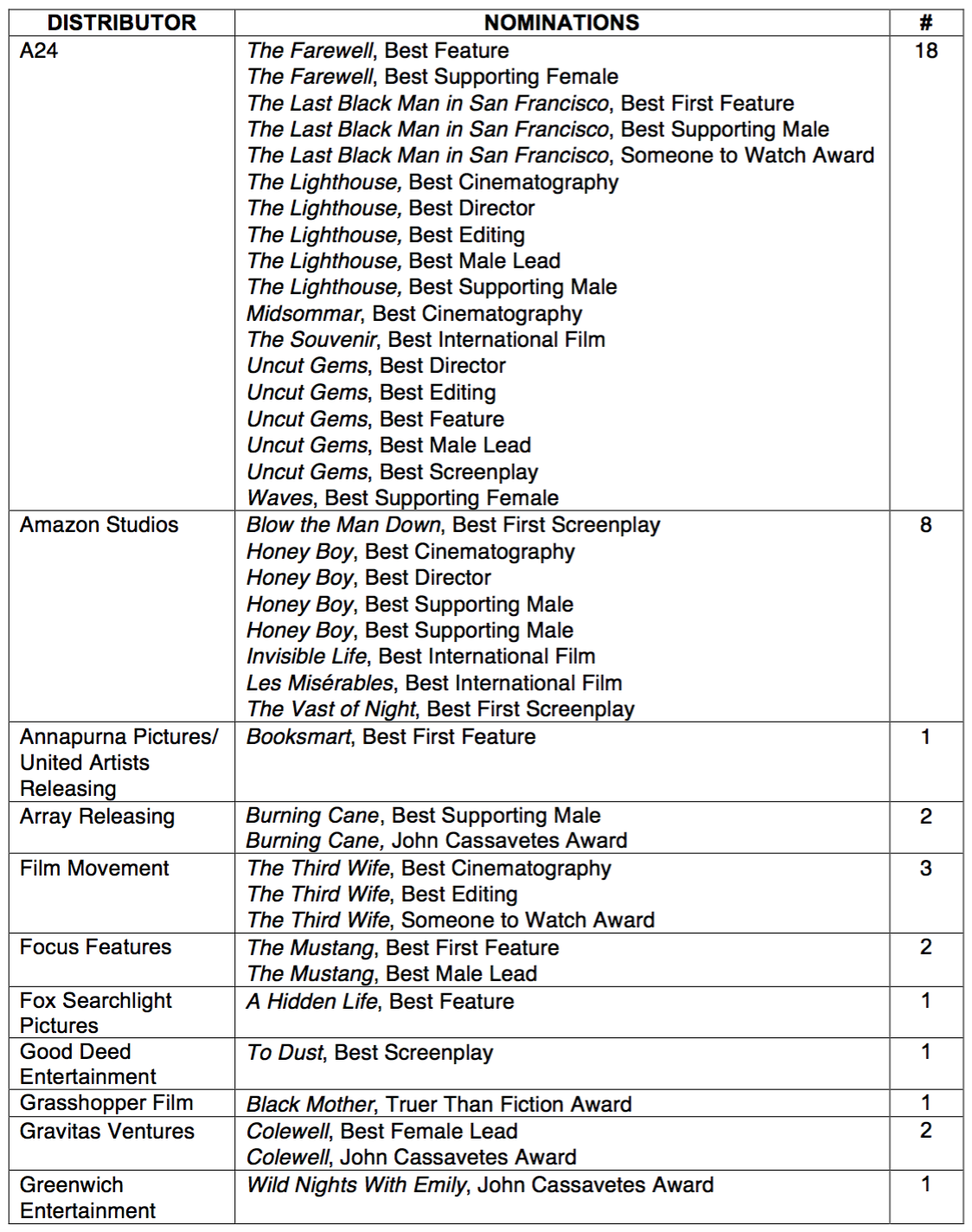 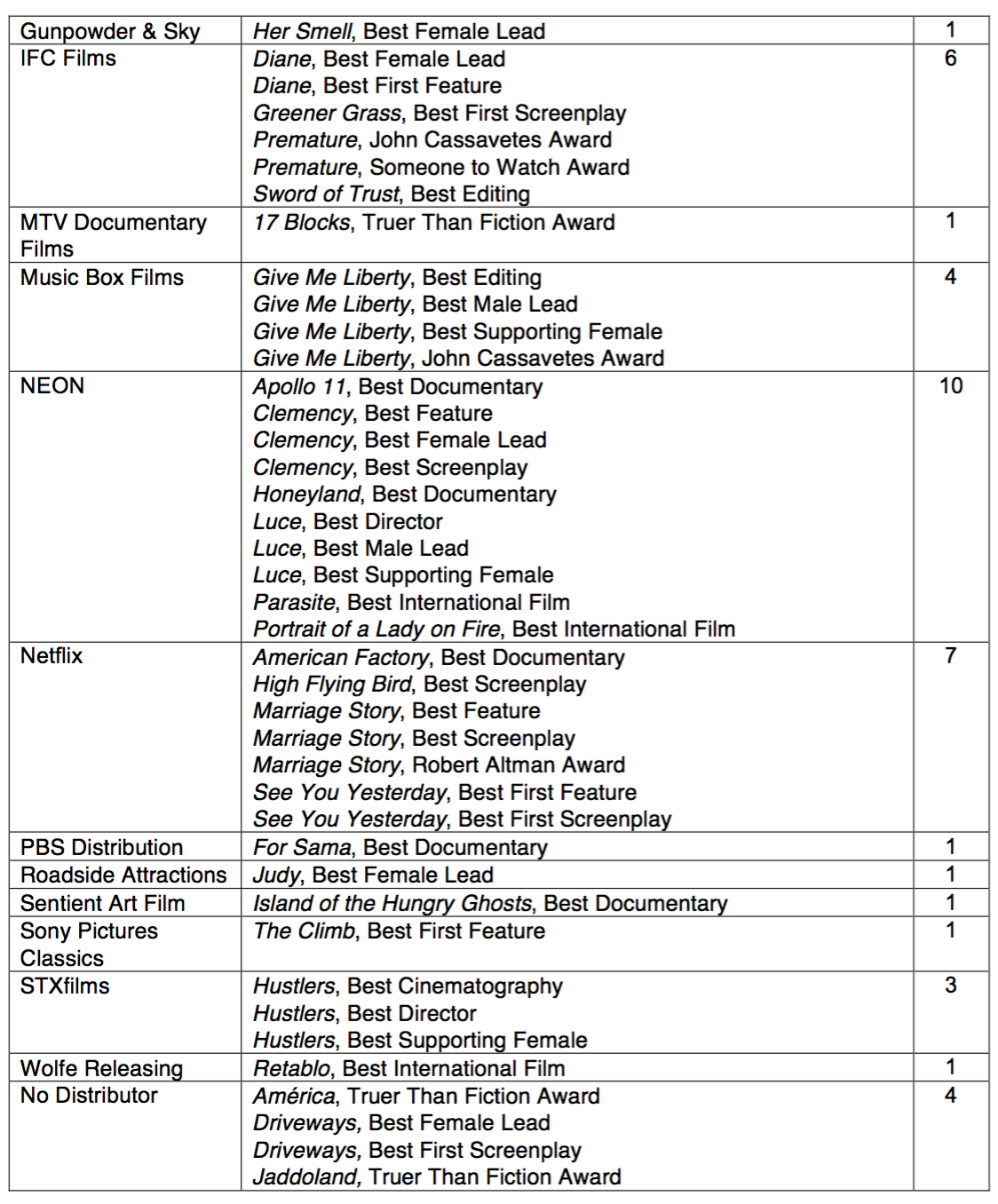 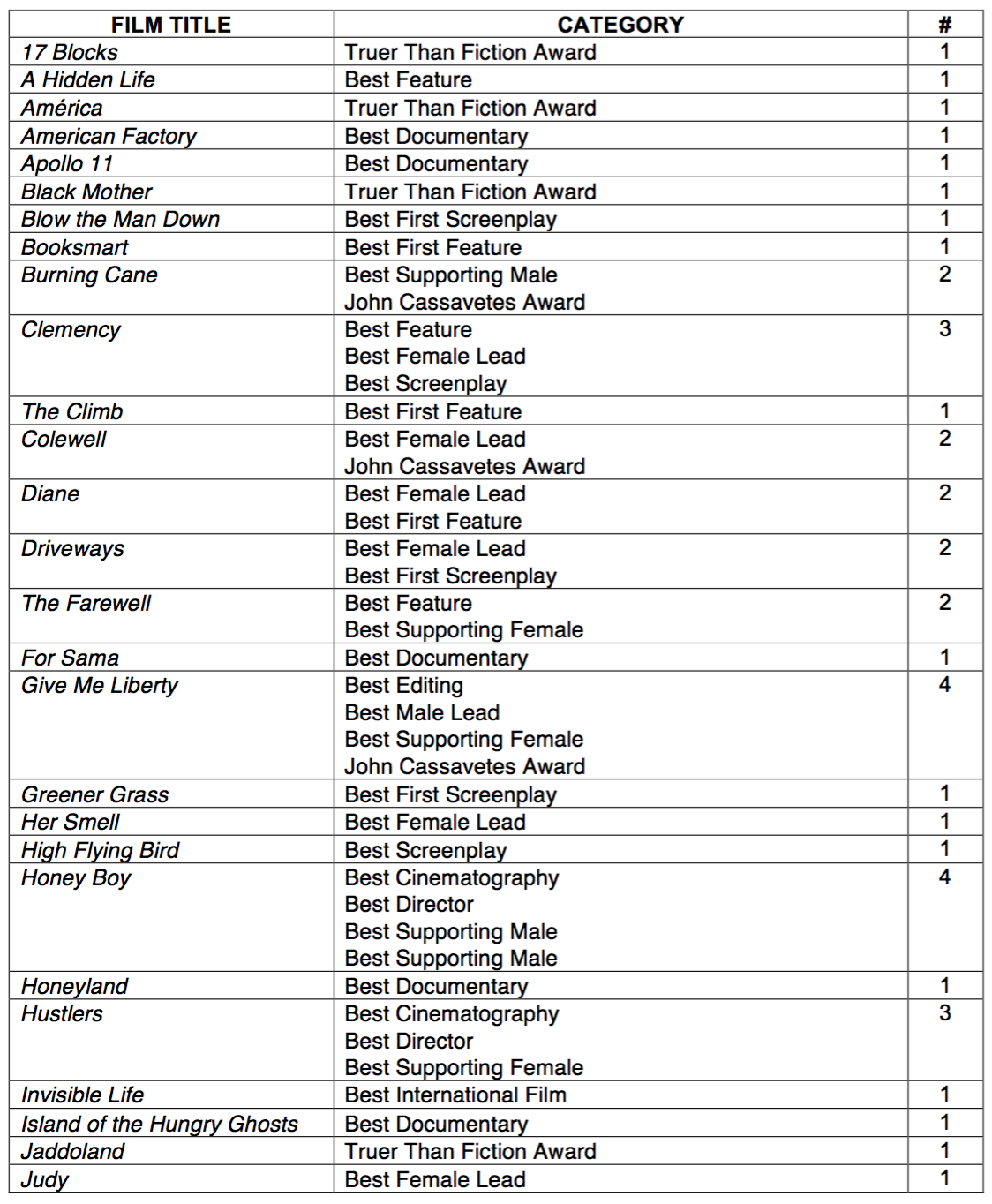 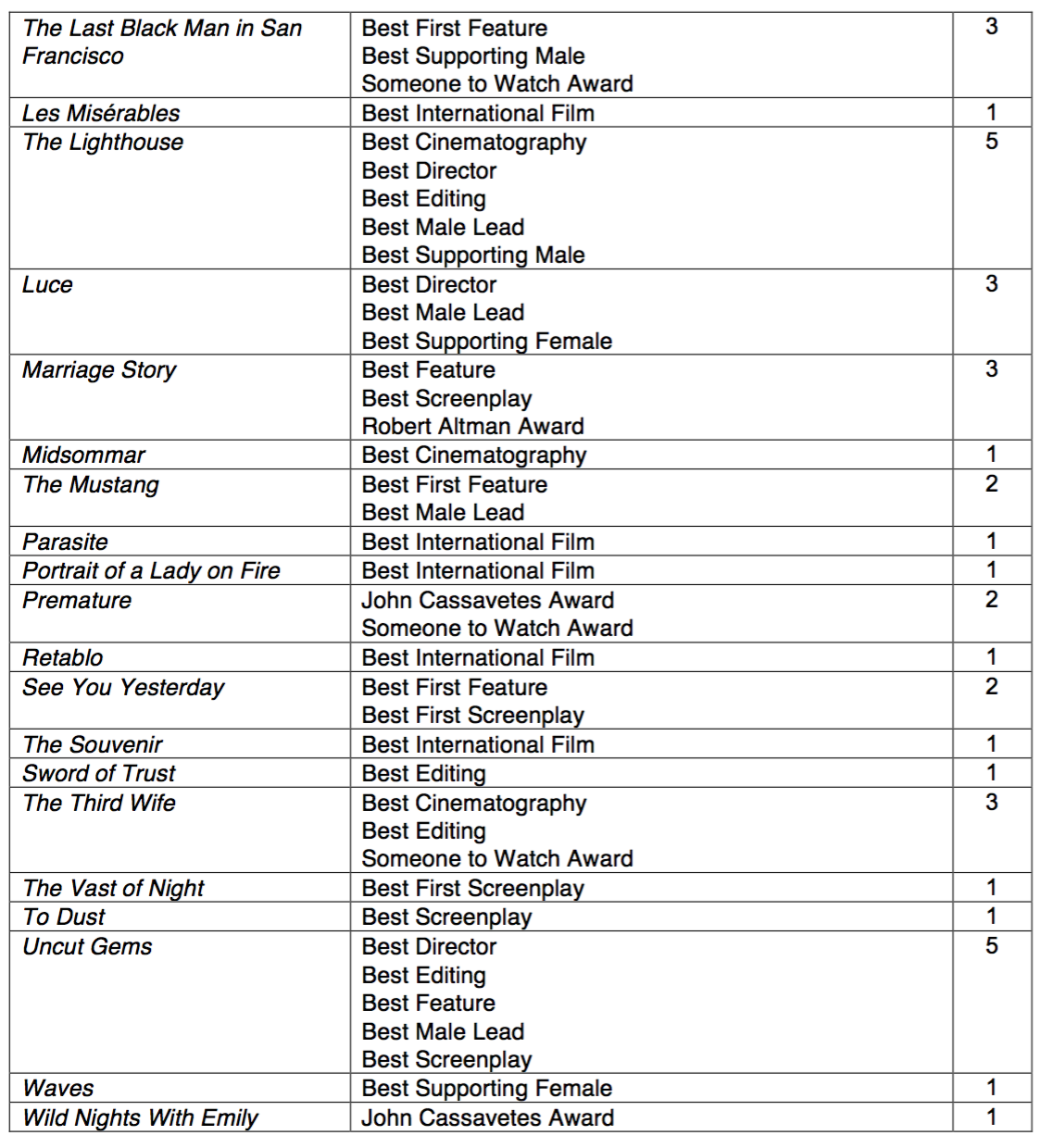