A girl and a gun.

Help independent filmmakers tell their stories.
Make a donation to That's The Password In This Town today.

Film Independent’s Fiscal Sponsorship program opens the door to nonprofit funding for independent filmmakers and media artists. Donate today and help bring That’s The Password In This Town to life.

On the eve of her high-school graduation, rebellious teenager Sarah acquires a gun to exact revenge on a man that raped her years prior. Sarah must reconsider her choices when she discovers this man is now the single parent to a baby daughter.

That’s The Password In This Town follows Sarah for 24 hours on her last day of high-school as she seeks revenge against the man who raped her as a freshman. Her plan is simple — break into his house and kill him. Sarah must make a difficult decision when she discovers this man is now the single parent to a baby daughter.

Make a donation to That’s The Password In This Town. 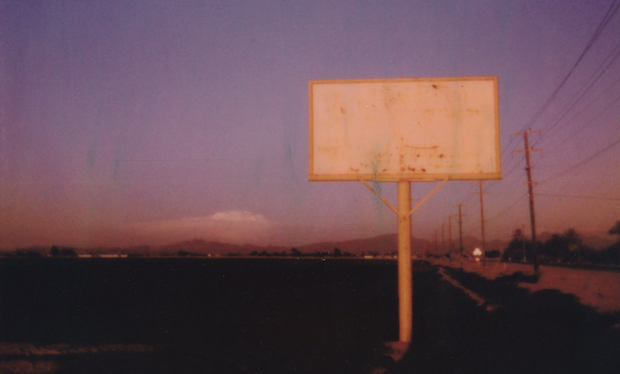 Marfisia is based in Los Angeles CA, working as a director, writer, and producer for advertising, short films, music videos, and branded content. She is currently a Women In Film Mentorship Fellow in the writer/director category. Her script for That’s The Password In This Town was a finalist in Slamdance’s screenwriting competition last year. Marfisia received her BA from McGill University in Cultural Studies and is a recent MFA graduate in Film Directing from Chapman University. Her thesis film Drawn Curtains screened at Academy-Qualifying festivals in the US and Europe, including LA Shorts Fest (nominated for Best Short Film), and Encounters Fest, (nominated for the International Jury Award). Drawn Curtains was also nominated for the 2018 ASC Student Heritage Award. In 2017 Marfisia was selected to participate in a filmmaking workshop with director Bela Tarr where she wrote and directed a short film under his supervision. Hailing from Winnipeg MB, Marfisia developed her passion for storytelling at a young age while distracting herself from Canada’s harsh winters.

Esteban Zuluaga is a Colombian film producer based in Los Angeles. He holds a Bachelor’s degree in Multimedia and a Master of Fine Arts in Film and TV Producing from Chapman University. He has produced several awarded short films and documentaries which made him a finalist for the PGA Debra Hill Fellowship in 2018. One of his most recent shorts, A Foreman, was a finalist for the 2017 Student Academy Awards, as well as screened at international film festivals such as Guadalajara (special jury mention) and HollyShorts (Panavision Future Filmmaker award). He assisted the Former President of The Academy of Motion Pictures and is currently working as a freelance producer for music videos, commercials, short films and branded content for both artists and brands. He lives with his wife and his wiener dog.

Brody Anderson holds both a BFA and MFA in Cinematography. In 2018 his Chapman graduate thesis film, Drawn Curtains, was nominated for the highly competitive ASC Student Heritage Award. Since graduating, he has worked with incredible talents such as Nick Offerman and Kyle MacLaughlin. Brody has worked on the camera team in a wide variety of narrative and documentary projects — one of which, a documentary on Andy Warhol’s Brillo Boxes, was distributed by HBO in 2016.

Make a donation to That’s The Password In This Town.