The 2022 Sundance Film Festival kicks off online this week, Thursday, January 20. The following piece originally ran in 2016 and updated again in 2021. For more information on Sundance submissions, dates, etc. go to sundance.org.

The “overnight success story out of Sundance” is one of the most alluring career narratives in all of independent cinema. It’s an enduring and popular myth that just so happens to be true—or at least true enough of the time that young filmmakers still dream of using Sundance to become the next Wes Anderson or Karyn Kusama. But the first step is to actually get your film in. Which, easier said than done. But it’s not impossible.

Founded as the US Film Festival in 1978 by Hollywood icon Robert Redford, the swiftly rechristened Sundance Film Festival quickly became ground zero for discovering and developing a diverse cross-section of new films and filmmakers. But the Festival didn’t stumble its way into such prominence by happenstance. Sundance’s perennially innovative and influential film slates are the result of a careful and exacting programming process.

Year after year, the Sundance programming team wades through thousands upon thousands of submissions to select just over 100 films, and it’s important to understand how the process actually works. Luckily, the in’s and out’s of submitting to Sundance were the subject of a Film Independent education panel featuring first-person insight from Sundance programmers Heidi Zwicker and Dilcia Barrera. Here’s some of what we learned:

HOW THE SAUSAGE GETS WATCHED 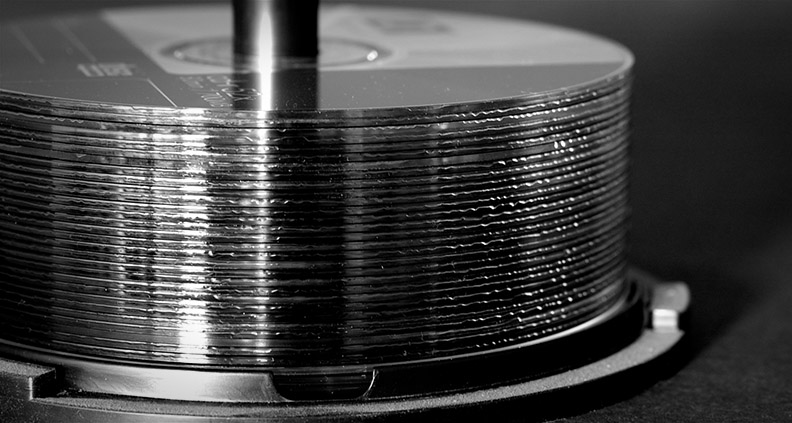 “Let’s get into the depressing stats,” said Cowling, who opened the panel by asking the programmers to outline just how many submissions they receive each year.

Zwicker quoted approximately 4,000 total submissions for feature films, and Barrera 9,000 for shorts. Of these, only 120 or so features make it in each year, and about 60-70 shorts. “Less than one percent,” notes Barrera. So that’s arguably the bad news.

Sundance has a team of 10 full-time programmers; each with a specific focus or expertise tied to the festival’s different competition and exhibition categories. Zwicker’s beat it is international film, while Barrera’s is shorts. “All year long, we watch everything,” said Barrera of her nine-person shorts team.

But while shorts submissions are given a “first watch” by the programming team itself, feature categories employ the use of screeners, who give feature submissions a first watch and narrow down their favorites to forward on to the programmers. “We reevaluate our screeners each year,” said Zwicker of these all-important gatekeepers, “we need to have that trust.”

Ultimately, final film line-ups are created an eye towards balance and diversity, and inevitably good movies are sometimes squeezed out. “A lot of the films we don’t pick are really great,” said Zwicker. But sometimes all a film needs is the support of a single programmer. “We program by committee, not consensus,” said Zwicker. “That’s my favorite part,” laughed Barrera, “we get to fight!” 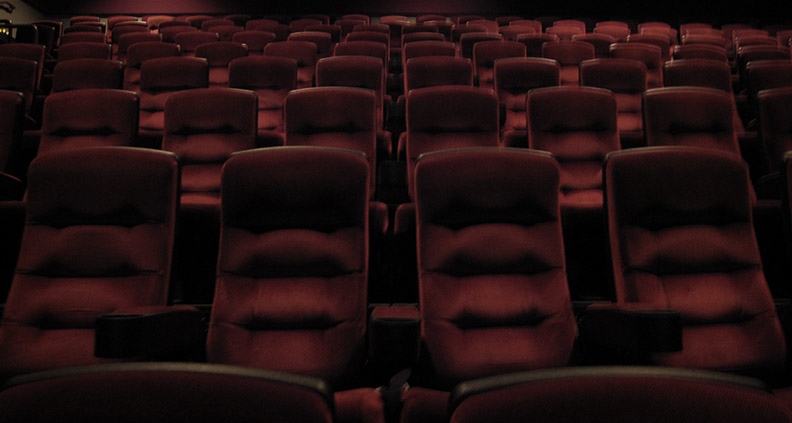 The programmers reminded the audience of a few key upcoming deadlines: August 29 for features (regular deadline) and September 26 for shorts. But before you scramble to export a final cut to submit, Barrera and Zwicker want you to know some important advice for putting your best foot (and Vimeo link) forward.

“Keep in mind, you can’t submit a second version,” said Barrera of Sundance’s steadfast, one-submission-per-project policy. “That said we do watch so much [material that’s] work-in-progress,” she said.

So if the best you can manage by August 29 is a rough cut, feel free to send it along accompanied by a brief title card outlining any incomplete elements: sound mix, color correction, effects shots, etc. But only if you’re confident enough that your movie’s virtues are enough to overcome its ragged edges. Otherwise it’s probably best to complete a more polished version and try again next year.

The other critical requirement for Sundance eligibility in the coveted US feature competition categories (though not necessarily for other categories such as international features) is to make sure your film is a world premiere. While some festivals curate projects from elsewhere, Sundance prides itself on being a venue for new discovery—meaning your prospective US feature competition submission should not have appeared before the general public anywhere else prior to being shown at Sundance. “That world premiere is essential for us,” said Zwicker. And Sundance defines “premiere” as any ticketed public screening.

“That’s why festival strategy is so important,” stressed Barrera. When searching for a festival premiere, the two programmers recommended that filmmakers make a list of Sundance and other top “first choice” festivals, and then do a second round of submissions to smaller regional and specialty festivals if things don’t pan out the first go-around. 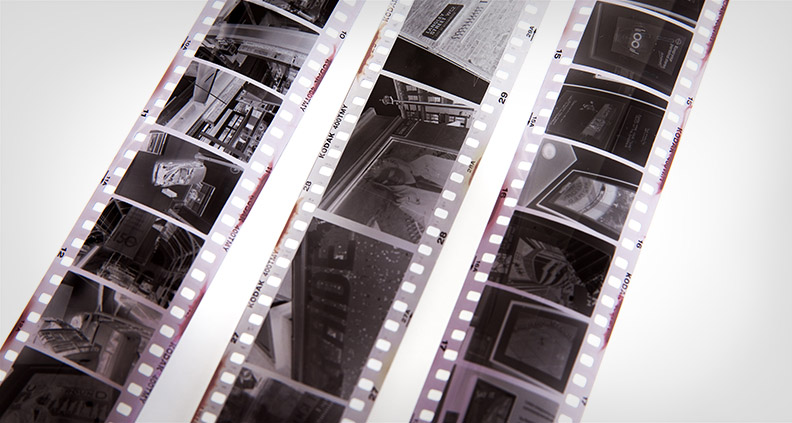 Before going to questions from the audience, Cowling asked the programmers to help bust some longstanding Sundance myths. The first (and arguably biggest) was dispelling the notion that the Sundance submissions process is in any way political. “I actually feel really bad for the filmmakers we’re friends with,” said Barerra. “If we’re friends with a filmmaker, they really have to blow us away. They’re competing with their selves. But nothing is accepted or fully in until the very end.”

Another misconception is the idea that films must conform to a specific topic or trend. While certain thematic and narrative commonalities do tend to emerge out of Sundance each year, the programmers insist that this isn’t by design. “We’re driven entirely by the films we see each year,” said Zwicker. “We never go in with specific goals of numbers [of certain types of films] that we want to hit in any way.”

Yet another myth is that participation in any of Sundance’s filmmaker labs guarantees programming slot. In reality, the Sundance Institute labs are completely separated from the festival. “That said I highly recommend the labs,” said Barerra, “It’s a great place to start, but it doesn’t mean you’re automatically in competition [at the festival].”

Lastly, contrary to what some filmmakers may believe, the Sundance programmers aren’t a shadowy cabal of enigmatic phantoms designing their yearly film lineups through an esoteric and occult algorithm. “We’re accessible,” stressed Zwicker (with the caveat that closer the festival, the busier her and her colleagues). So if you have questions about how the Sundance submissions or programming process works—and your questions can’t be solved by the Sundance FAQ—please don’t hesitate to reach out via Sundance’s website.

Lastly, here’s a simple guide to five simple things that might help, according to festival programmers.

Prioritize story over form. “There are so many factors that go into making a great film. Sometimes it is a technical thing that catches our eye, but the story you’re telling has to match that.”

Be original. “It’s really hard to find films that are completely original and we know that, but a film like Tangerine, for example, I just haven’t seen a film like that before. We were all completely blown away by that.”

Make a film that sticks with the viewer. “It could be something on the gimmicky side or it could be just powerful storytelling that makes you think about it well after you’ve watched it. And that’s something that I always pay attention to.”

Keep short films short. “Generally, around 15 minutes is usually what we look for. It’s a lot easier to program. If a film does start to get into the 30-minute range, then we have to justify it taking the place of two other shorts.”

And a few things that definitely won’t…

Your representation can’t guarantee you a spot in Sundance. “I think that there are things that those people can do for your film. But as far as getting into the festival, we take their phone calls, we listen to them, but they don’t make the decisions.”

Sending bribes and extras won’t help you. “When I first started programming at Sundance, we used to get all kinds of crazy stuff in the mail,” said Yutani. “We’d get alcohol and chocolates and gift baskets. But those days are sort of over, because we’ve done such a good job of saying that bribes don’t help and extras don’t help.”

Being a Sundance alum or lab fellow does not guarantee you a spot. “In fact. I think we’re harder on filmmakers who are alums because there is a certain perception that once you’re in, you’re always in. But your film has to be really great in order to get in.”

Guest Post: How I Shot My Horror Feature Debut Entirely on iPhone