Behind every (fill in the blank) great/glorious/funny/scary/sad story told on film is an equally great/glorious/funny/scary (yes, probably sometimes) sad story: the one about how the whole thing went from being an idea in a brain (probably many years ago) to a big screen premiere at a big-time Festival. In this Film/Maker Q/A blog series, our LA Film Fest programmers interview our LA Film Fest filmmakers to discover the stories behind the story. 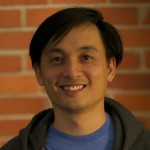 Los Angeles Film Festival Programmer and Filmmaker Liaison Drea Clark recently talked  with Crush the Skull director Viet Nguyen about his film, which follows Ollie and Blair, two thieves who earn a dishonest living robbing upper class homes. They decide to pull one last job but it takes a turn for the worse when they find themselves trapped inside the house. As they explore, they discover that this seemingly innocuous home is actually a sadistic torture den: a mind-screwing maze with an unseen killer separating them from one another and stalking them from the shadows.

Pop quiz hot shot: what’s your speedy pitch to sell moviegoers/press/industry/your mom on why your film is an awesome treat fortheir eyeballs?
I hope my movie really scares the shit out of you and makes you laugh your ass off, too. (Sorry, Mommy, for cussing.)

Your lead up to Crush the Skull included several short films that were celebrated on the festival circuit. Did those experiences shape your expectations for your feature?
The Crush the Skull feature wouldn’t exist without the Crush the Skull shorts. First, going through the process of writing and directing those shorts helped us figure out our specific tone. Unlike a feature, the short format allowed us to reshoot and make tweaks that didn’t cost an arm and a leg. After a few pickup shots here and there, we were able to find ourselves, in a sense.

The shorts also gave us a lot of attention. We won awards, and we had generous friends who put us on their popular YouTube channel, which got us over a million views. With all that exposure, we launched a successful crowd-sourcing campaign. Through the money raised and a Panavision package we won previously from the NBC Shortcuts festival, we were able to produce the feature. So, literally, we would have no feature without the short films.

You and your team ran a successful crowd-sourcing campaign to help make this film. A) Is that something you would recommend to other indie filmmakers, B) are you still mailing perks,and C) do you think you’ll be mailing perks for the rest of your life?
In the spirit of indie-filmmaking, I would say do whatever it takes to get your project made! Just do it! Follow your dreams! With that said, I would have to say that the crowd-sourcing campaign was one of the most stressful, humbling, exhausting experiences of my life.

A year before, I was fortunate enough to direct a documentary about the making of the Veronica Mars movie. I got to experience one of the most magical days in crowd-sourcing history. We had no idea Veronica Mars would raise $2 million in just 10 hours!

Raising money for an independent film is nothing like that. We barely hit our goal. We made it with a few minutes left which was extremely nerve-wracking.  We didn’t have much of an existing fanbase, so most of our money came from friends and family–it often felt like we were calling up long-lost relatives and asking them to invest in a pyramid scheme or something.

Our link to Veronica Mars did end up accounting for a huge chunk of our final tally (thanks, Marshmallows!). And we also learned that our star and co-writer, Chris Dinh, is nowhere near as popular on the internet as we thought. Oh, and yes, we are right on schedule to sending out those perks. Mommy, you’ll get your DVD, I promise!

Your film is on point with classic setups from both horror and heist films. Does one genre interest you more than the other, or is it the combination of genres that is your jam?
I don’t prefer any genre over another. I just like to make things that are both tense and funny–like constipation!

There is such an excellent fun/sexy vibe with your lead couple. If you were going to do another genre mash-up, what style would you blend with a classic rom-com scenario?
I got nothing. How about a rom-com movie about making movies? An obsessive filmmaker neglects his girlfriend and loses her, so he uses his directing skills and film crew to set up the perfect live production to woo her back? Okay, that’s a terrible idea.

You seem to have put together a core group of collaborators, do you want to keep approaching new projects as a team, or are you hoping to get super famous and ditch all of them?
I am nothing without my crew. Wherever I go, my crew goes with me. We are a family.  But yes, if I were to ever get super famous, see ya suckas!

Additional note from producer Jimmy Tsai: “It’s openly acknowledged among us that once the fame kicks in and his working budgets start going into the millions, Viet’s gonna toss us aside like yesterday’s garbage. But he’s gonna buy me an expensive car first. A Tesla.”

How much of a babe is Tim Chiou? (Only acceptable answer is “so much of a babe”.)
Tim Chiou doesn’t just attract people–I’ve seen random dogs run at him, trying to get some. He’s a babe to other species, too!

Crush the Skull is playing in the Festival’s Nightfall Section on Thursday, June 11 at 11:00 pm. Get your tickets here. 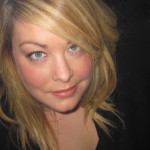 Drea Clark / Los Angeles Film Festival Programmer and Filmmaker Liaison Drea is a movie watcher and maker, and her favorite word is “solipsistic.” She’s programmed for festivals like LA Film Fest and Slamdance, produced indie features like The Last Time You Had Fun and Lake Los Angeles, and she is not really really sure how to use “solipsistic” in a sentence. She has seen the major motion picture Dirty Dancing 23 times and would defend its narrative merits with her dying breath.

Co-Directing a Doc: Why Two Heads Can Be Better Than One

Want to Get Your Film Into Sundance? The Festival’s Programmers...