The idea of a “safe space” can mean many things. Taken literally, a safe space is an actual physical location where a person—or baby, say—can survive and thrive. But for an artist, a safe space may mean something different: a helpful, nurturing environment where creators are free to experiment and (if necessary) fail, failure invariably being the greatest teaching tool of them all.

Both interpretations of “safe space” are relevant to Sian Heder’s new indie drama Tallulah, which follows an impulsive, potentially unstable young women (Ellen Page) as she makes the fateful decision to kidnap a seemingly neglected infant and claim it as her own. The film also features Allison Janney as the mother of Tallulah’s ex-boyfriend, who Tallulah claims is “her” baby’s father. An explosion of tangled relationship dynamics ensue, bolstered by an amazing cast and extremely visceral and immediate New York location shooting.

Heder expanded Tallulah’s screenplay from a 2006 short film and developed the project through Film Independent’s Directing Lab, allowing her to refine her directorial approach through some intense trial-and-error so that by time she was finally ready make the film (her feature debut) for real, she was ready.

Premiering earlier this year at Sundance 2016, Tallulah was quickly scooped up by Netflix, where it will be available to stream beginning this Friday, July 29, in addition to playing in select theaters in New York, LA and other cities.

Film Independent recently caught up with Heder and Tallulah producer Heather Rae to discuss what inspired the story, Heder’s Directing Lab experience and what the Netflix platform offers that traditional distribution avenues don’t. Here’s the conversation: 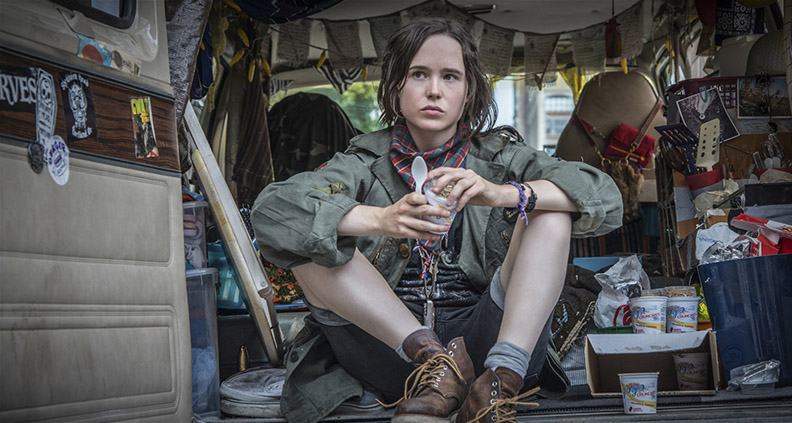 So what is Tallulah all about?

Heder: Tallulah is the story of a rootless young woman played by Ellen Page who impulsively rescues a baby from what she believes is a neglectful mother. And through this act she radically transforms the lives of three very different women.

At one point you were an in-house babysitter at a hotel in Beverly Hills. Did that experience inform the screenplay in any way?

Heder: Yeah. When I first got to Los Angeles I worked as an on-call babysitter for a lot of the high-end hotels in LA. At the time I was poor and living in a tiny studio apartment and dealing with the world of incredibly wealthy people and their children, and I had a lot of strange encounters that felt like they could’ve been turned into many movies. But I had a particular encounter with one woman, who… her behavior was so strange. She seemed so unfit to parent her child, and I had this instinct that I should steal her baby! [laughs] I didn’t, but I was interested in who might, and it sort of gave birth to this character who was living outside normal rules and conventions, who acts purely from an instinctive place.

Tallulah was expanded from a short you made in 2006 called Mother. What was it about that short that you wanted to explore more deeply in a feature film?

Heder: The tone of the short felt very unique to me. It felt to me like a comedic tragedy. When it played it would play so differently to each audience. There were times when the audience was uproariously laughing and the next time it would be stony silence. And there was something very interesting in that tone to me. I think I grew as a person while I was developing the story and rewriting the script. I became a mother myself and all of a sudden I had a whole other perspective on this mother character, who I had previously judged. I had to re-approach the script from a much more compassionate place. So I think the story became much more nuanced and complex as I developed, both as a person and as an artist. It became a more difficult story to tell, but ultimately more rewarding.

Heather, how did you get involved with this project?

Rae: Actually, before I met Sian I had read a description [of Tallulah] through Film Independent. Through [Sian’s] involvement in the Directing Lab…

Rae: Exactly. I was on whatever newsletter it was that [Film Independent] would send out, and I was reading the lineups of projects in the lab and something just clicked for me immediately. I just got the feeling that this is a really special project. I’d done a lot of work with kids in the foster care system and focused a lot on the neglect of children. And this [Tallulah] was neglect within the realm of privilege, and I thought there was something really fascinating about that. 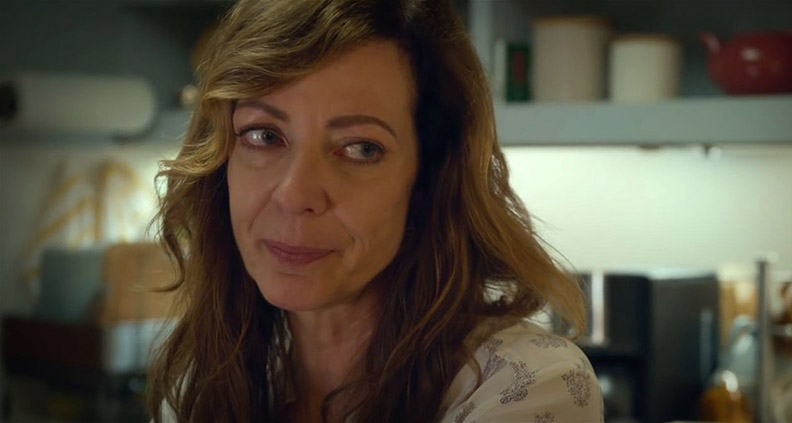 Sian, as Heather mentioned you took this project to the 2009 Film Independent Directing Lab. Can you describe what that experience was like?

Heder: We were asked to choose scenes in our feature [to direct] that we felt would be more challenging. So the two scenes I chose, one was the dinner scene, which is the big confrontation between Margo, played by Allison Janney, and her husband. It’s a very intense, emotional scene. And the other was this painting scene, where Tallulah decides to redo all of these painting in Margo’s apartment. And both of these scenes sort of failed miserably when I did them in the lab, and it was amazing. I was very concerned when we shot them with getting every eye-line right and making sure my coverage was all there, I really lost perspective on whose point of view the scene was and whose story I was telling at any given moment. And I’m so glad I got a chance to fail in this very safe setting. You know, you always want to succeed with everything you make, and the thing the lab did for me was give me a chance to take a risk and fail in the presence of other artists who I really respected [and] to use that failure as a learning and growth experience.

Tallulah is being released this week in theaters and also on Netflix. What are the benefits of making the film available for streaming simultaneous to your theatrical run?

Heder: I think the fear is you put years and years of your life into something and it really is your baby, and you put it out into world and it barely makes a hiccup. Having friends send you photographs from Times Square, where there’s an enormous billboard of the film… you know, my whole Facebook feed is people seeing Tallulah and the awareness built for the film. And I think that’s really unique to the kind of reach Netflix has at this point. That’s exciting.

Rae: I do think it’s a changing landscape. And in this world in which Netflix has created, we’re on a platform that reaches 80 million people in 190 countries—and that’s kind of like trying to contemplate the cosmos! We’re living in a very different world as storytellers. It’s exciting that the media we’re exporting as a culture is becoming more specific and more human, because there are these other platforms [for distribution].

What do you hope people will ultimately take away from Tallulah?

Heder: I hope that people feel transformed, that their perspective has shifted a bit and they continue to sift through the story long after they’ve seen it. I also think that we need to have more stories out there that have complex, flawed women at their center. This is definitely a universal story, but it’s also about three very complicated women and I hope that it’s part of a zeitgeist that’s happening moving women’s voices forward.

Tallulah will be available to stream on Netflix this Friday, July 29 and in select theaters across the country. For more information, please visit Netflix or the film’s IMDb page.

From the Archives: Karina Longworth on Making ‘You Must Remember...