Entertainment attorney Matt Galsor from the firm Greenberg Glusker recently gave an interactive talk to Film Independent Members, including producers, directors, cinematographers and writers. Here are the top take-aways from the Q&A: 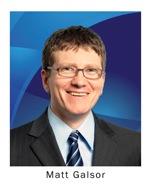 I want to make a film about a deceased celebrity. Do I need to option or pay for their life rights?
“The life rights agreement basically says that the subject or person you are making the movie about will not sue you for defamation,” Galsor explained. “However, you can’t defame the dead. So, if you want to make a movie about Michael Jackson, go right ahead.”

Should I be concerned about filming a famous building? How about verbally referencing a specific brand?
“Buildings were once copyrightable,” Galsor said, “but they changed that law. You don’t need clearance to film a building, technically, unless the company that owns the building is represented in the movie.”

“If one of your characters mentions a specific brand and you submitted that script to a studio, they (studio heads) could potentially be concerned by that and ask you to change it. But Larry David says whatever he wants on Curb Your Enthusiasm because he has control over that show and who would want to sue him?” So it depends on what your situation is.

I’m shooting my film in another state. Do I need to set up a limited liability company (LLC) in that state?
“When an LLC owes someone money, the company owes it, not the individual. It’s a way of protecting yourself as an individual by placing the financial responsibility on a company you create, not your personal name or account.”

To set up an LLC is simple, Galsor explained, “but where you set it up state-wise depends on tax incentives and your production. If you’re doing it for a tax break, then the company that’s spending the money needs to be spending it in that state, but doesn’t need to be formed or based in that state. It generally varies depending on each state’s tax incentives. Try contacting that state’s film commission for specific details.”

Do I really need errors and omissions (E & O) Insurance?
Yes, it is strongly recommended to get it before you start production. “Say you bought a script from someone, and it later turns out the individual you bought it from didn’t actually write the story themselves,” says Galsor. “They stole it from their roommate.” E & O insurance protects you from defending against a negligence claim. “E & O insurance plans typically have high deductibles, often ranging from $10,000 to $20,000, but you kind of have to have it in order to get distribution. Distributors want to make sure you have everything cleared.”

FROM THE ARCHIVES: Disabilities Onscreen, Behind the Camera and...

Selling the Drama: Essential Pitch Skills Every Filmmaker Should...