Each month in The Doc Life, Film Independent blogger Anthony Ferranti dives deep into the how’s and why’s of nonfiction filmmaking, featuring advice and hard-won insight from top veteran and emerging documentarians. Enjoy!

The New Year is finally here. But! Before we bid 2017 farewell for good I’m taking some time to re-consider all the great documentary films I’ve watched over the past 12 months. For whatever else may have gone wrong (and there was plenty), 2017 was a truly inspired year for nonfiction filmmaking, as exciting new voices continued to emerge and doc legends turned in some of their best work ever.

In this month’s The Doc Life, I’m highlighting a handful of must-see 2017 docs that pushed the medium forward while delivering brilliant, evocative stories. Through a commitment to craft and a willingness to take risks as filmmakers these documentaries deliver note worthy films that are definitely worth a look. It’ll be thrilling to watch how nonfiction films continue to expand and evolve in 2018. Just a note: all films are listed in order of their release date. 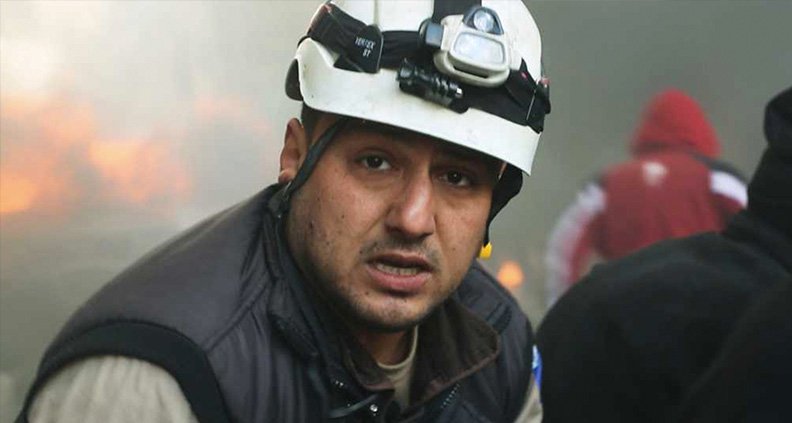 It’s no wonder that Last Men in Aleppo won the Grand Jury prize at last year’s Sundance Film Festival. Syrian filmmaker Firas Fayyad traveled to the besieged city of Aleppo and embedded himself with a group of volunteer rescue workers known as “The White Helmets.” The result is a testament to the strength of spirit and depth of humanity of the rescue workers who, when bombs are falling, race toward the destruction instead of running for cover. Fayyad makes an effective choice, balancing these harrowing images with personal moments of these men spending time with family and friends. We see the men taking meals together while reflecting on their dire situation and questioning the choices they’ve made to stay in Aleppo—moments that elevate this documentary to a truly higher level. And not surprisingly, the film has been nominated for a Film Independent Spirit Award for Best Documentary (see the rest of the nominees here.) 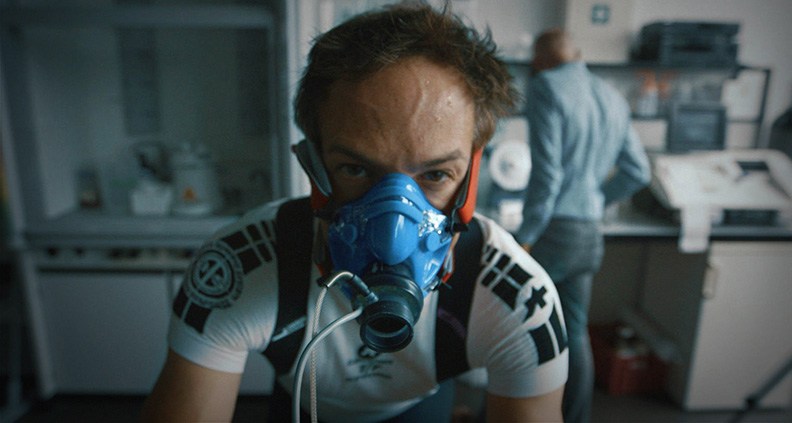 What started as an experiment by filmmaker and semi-pro cyclist Bryan Fogel to test the effects of blood doping takes and odd turn to become a story of international intrigue—arguably contributing to Russia’s Olympic athletes being banned from competition at the upcoming 2018 Winter Olympics. As a viewer, it’s exciting to watch a filmmaker facing adversity in pursuit of his original plan, only to embrace a different path altogether with unshakable determination; staying resolute in pursuit of an objective despite the possible threat of danger to himself and his subjects. It’s a great example of the “right stuff” documentarians seem to possess that allows them to push on when everything else is telling them to quit. 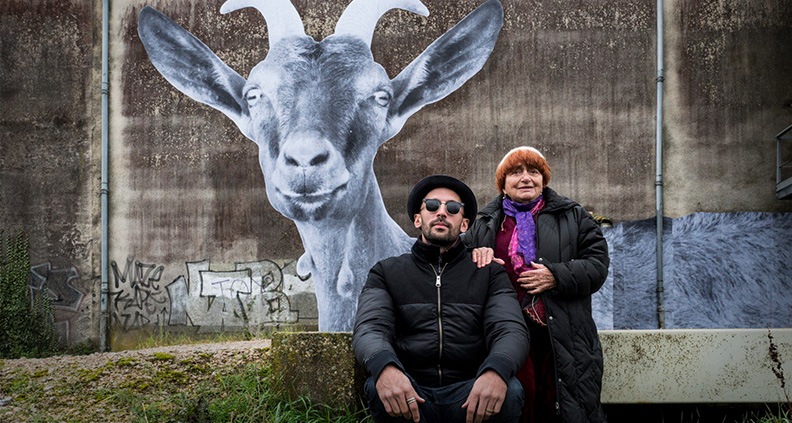 Easily the most lighthearted of my 2017 faves, Faces Places follows two renowned French artists—filmmaker Agnès Varda (La Pointe Courte, Cléo from 5 to 7) and photographer/muralist “JR”—as they decide to collaborate on a project together, traveling the French countryside meeting people and creating art. It’s heartwarming to watch their project evolve as the two mavericks slowly become friends despite their differences in age and experience. The film is a wonderful example of two filmmakers boldly forging ahead and trusting in their abilities as to guide them. And like Last Men in Aleppo, the film is nominated for Best Documentary at the 2018 Film Independent Spirit Awards. 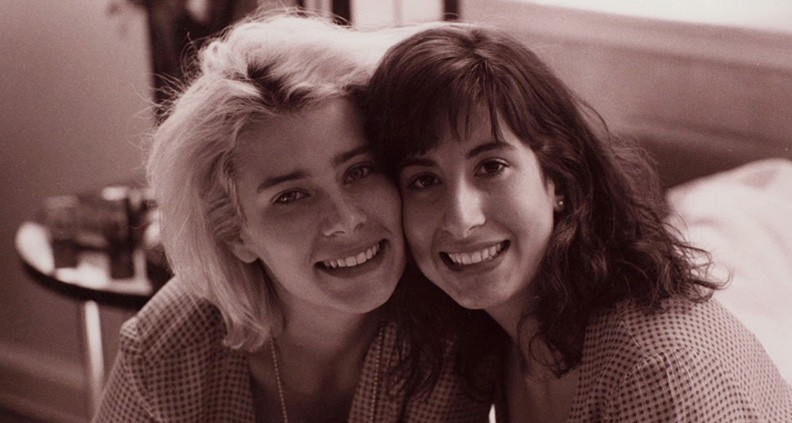 Even as I write this, I’m still haunted by the experience of watching 32 Pills. The film follows director Hope Litoff as she attempts to understand why her older sister committed suicide six years earlier. Deciding to empty a storage unit filled with her sister’s belongings, Hope meticulously lays them out to examine the seemingly inexhaustible amount of photographs, artwork, notebooks and prescription bottles that her sister—artist and photographer Ruth Litoff—left behind. What I find truly compelling about 32 Pills is that, intentional or not, this film dives as deeply into the director as it does into its ostensible subject, Litoff’s sister and the reasons behind her death.

QUEST: PORTRAIT OF AN AMERICAN FAMILY 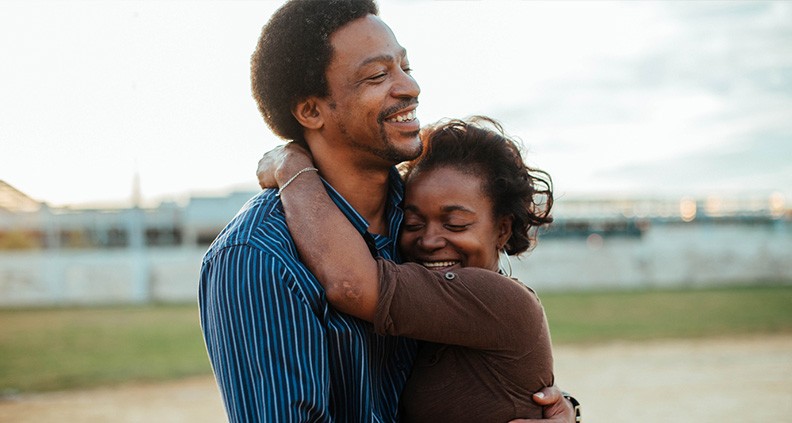 Quest is an amazing first effort by director Jonathan Olshefski, who on Saturday won the Jeep brand Truer Than Fiction award at Film Independent’s annual Spirit Awards nominee brunch (you can watch Olshefski’s acceptance speech here.) A photographer-turned-filmmaker, Olshefski began this project as a still photo essay but soon decided that what was called for was motion and sound. Olshefski manages to capture some truly poetic and beautiful moments through his lens; I was reminded of the great photojournalist Dorothea Lange. The filmmaker’s subjects, the Rainey family, are so at ease in front of the camera it’s as if the filmmakers are invisible. Hearing Olshefski speak about the film, I learned that he shot footage of the family over a 10-year period. This had the effect of fostering a level of trust and understanding not often found between documentarians and their subjects. Looking at our county right now and seeking answers to hard questions about social and economic inequity, this film delivers a message of strength through family and community. This is one documentary that needs to be seen.

GET ME ROGER STONE 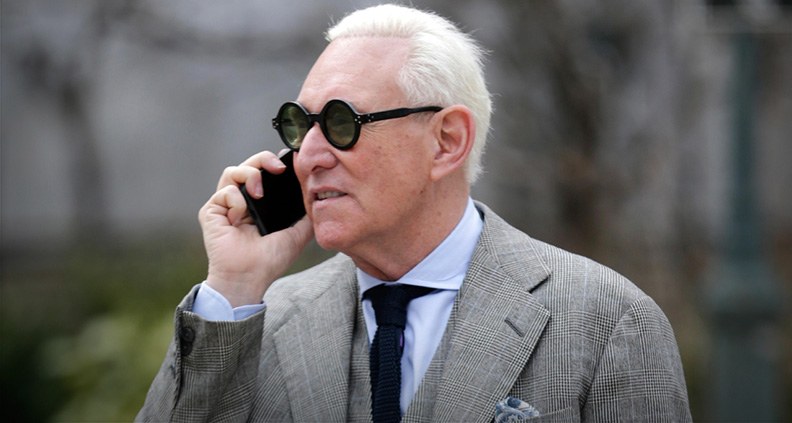 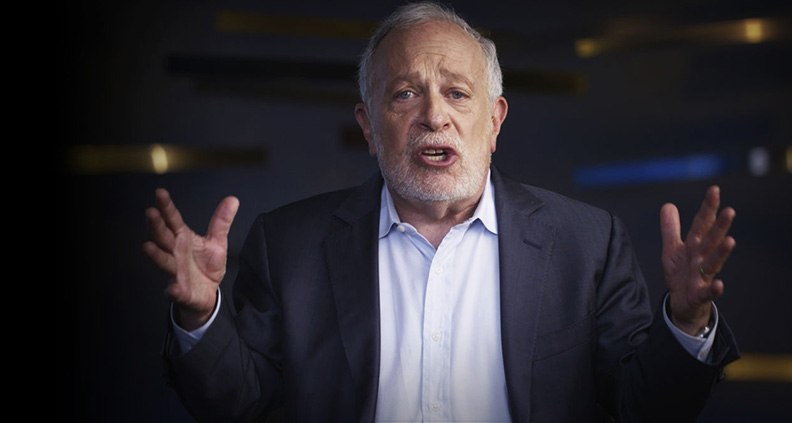 The sixth films on this list are kind of a curveball. I recently viewed these two documentaries back-to-back, and I want to advocate for the idea of a socio-political Netflix double feature for friends and family. With our current political climate, these two films are practically required viewing, laying out for viewers how America’s political system has been bent to its breaking point. The films reveal the architects of our economic structure, which has forced a vast majority of Americans to all but abandon the American Dream. Get Me Roger Stone explores, in all his self-aggrandizing glory, one of history’s most effective political provocateurs, Roger Stone. Saving Capitalism, meanwhile, is a portrait of economic advisor Robert Reich’s own “Inconvenient Truth,” laying bare how our economy actually works—for the benefit of few, at high cost to many.