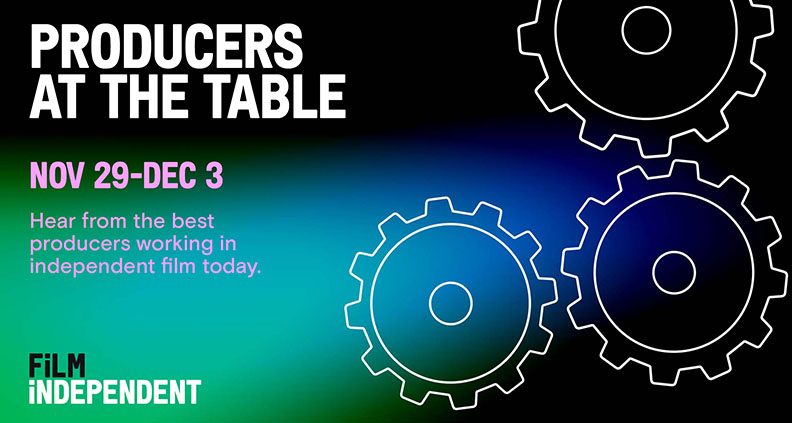 From wherever you are in the world, we invite you to hear from the best producers working in independent film today.

Through a series of five sessions, we will get you up to speed on the most current and pressing issues that producers are tackling today, as we slowly emerge out of our global pandemic and look to a different, better future.

Producers at the Table series passes are $49 for the general public and only $39 for Film Independent Members – and they’re on sale now.

Passes are free for Arts Circle and Filmmaker Pro Members.

View the full schedule for Producers at the Table, or take a peek at a snapshot below, including a list of the industry speakers who will be sharing the advice and expertise. All sessions will take place online and begin at 12:00 pm PT.

Tuesday, November 30
On the Set: Striving for Change

Schedule, content, speakers and moderators are subject to change.