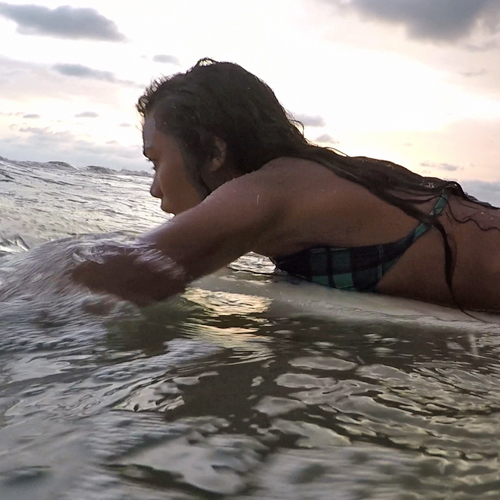 Elida is an enthusiastic teenager with many passions, including playing the violin and spending time with her friends on the beach. But what she really loves is surfing – she’s known to her friends as “Candy Surfer.” She surfs in defiance of her mother, who considers it too dangerous not only because Elida is fifteen, but because she is missing her right hand.