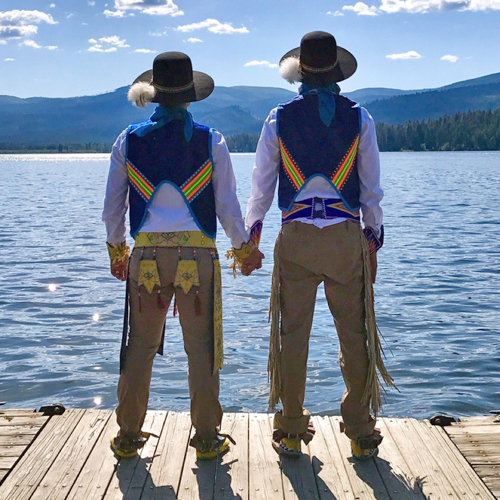 Sweetheart Dancers is a story about Sean and Adrian, a Two-Spirit couple determined to rewrite the rules of Native American culture through their participation in the “Sweetheart Dance.” This celebratory contest is held at powwows across the country, primarily for men and women couples, until now.