An immigrant mother's journey as an invisible citizen in the United States...

Over a decade ago, a loving and hardworking mother, Marisol Reina, crossed the Mexico-U.S. border, risking her life and turning into an invisible citizen in the land of dreams–– all to provide a better life for her family that was left behind.

While there are many documentaries about immigration and its politics, this one is about the journey of a multi-layered undocumented immigrant who lives as an invisible citizen of the United States, while working as a domestic worker who moves mountains to secure a better future for her and her loved ones living in the homeland she left behind. The family that thanks her for her sacrifice, but resents her for leaving them.

Ultimately, this documentary explores the “what is it that makes this all worth it” for so many fragmented families who immigrate to the U.S. without a path to legal residence.

We intend on using a mixture of live-action footage and animated visuals to reference some of the stories Marisol talks about.

Make a donation to The Cleaning Lady. 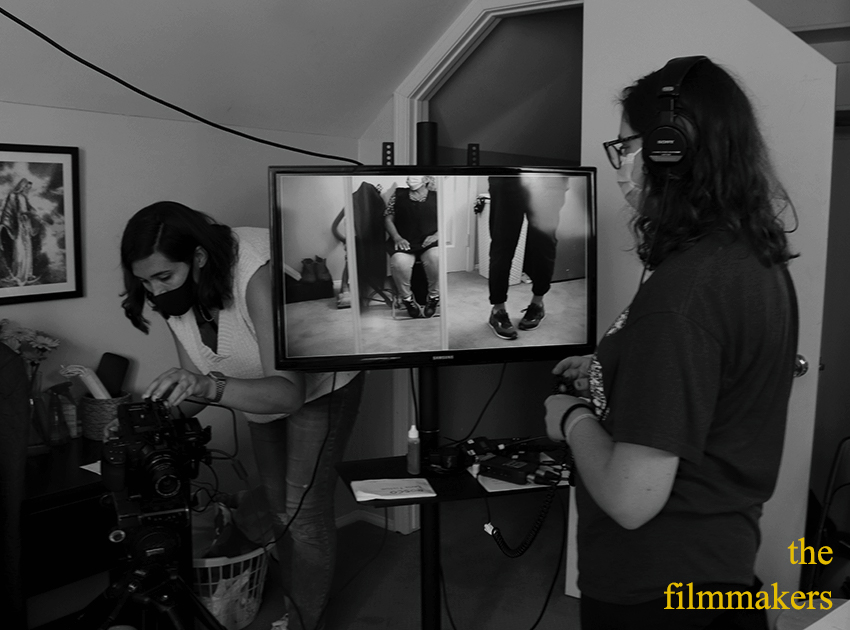 Ericka de Alexander is a Mexican-British writer/director and producer from Cuernavaca, Mexico. She obtained her Bachelor’s Degree in TV and Film Production from the University of Southern California in 2019. Her style focuses on exploring the inner-self through hope, vulnerability, and seeking the extraordinary within the ordinary. She focuses on magical realism and drama genres, with a touch of Mexican and Japanese cultures. Ericka’s most recent short film is The First Color, a story that explores relationships of a family living with ALS and finding hope, which she directed and cowrote, and premiered at the “LA Shorts International Film Festival” in 2020. The First Color was picked up for distribution by The Disorder Channel. Aside from directing, Ericka has produced numerous short films that have been official selections for film festivals such as “Austin Film Festival”, “San Diego International Film Festival”, and “Taiwan International Queer Film Festival”.

Hannah Kelley is an American writer/producer and Director of Photography from Fallbrook, CA. She obtained her Bachelor’s Degree in Political Sciences from Loyola University Chicago in 2018. After graduating, Hannah moved to Los Angeles to work in the policy and government field. Hannah co-wrote and executively produced the short film The First Color, which is inspired in her father, Christopher Kelley, who passed away from the disease when she was 8 years old. The First Color premiered at the “LA Shorts International Film Festival” in 2020, and is now available for streaming on The Disorder Channel. Hannah is currently a MFA Candidate in the TV and Film Production Program at the University of Southern California.

Trisha received her Bachelor’s Degree in TV and Film Production from the University of Southern California in 2019, where she focused in Post Production Sound. Trisha has produced short films that have premiered at Oscar Qualifying film festivals, such as “LA Shorts International Film Festival” and “Los Angeles Asian Pacific Film Festival”. Outside of film, she spends her time enthusing about cats and meteorology.

Make a donation to The Cleaning Lady.