Week Three of the 2021 Film Independent Directors Close-Up series featured a double-dose of filmmaker conversation focused on the art and craft of nonfiction storytelling, opening with a panel featuring the six directors whose projects are currently nominated for Best Documentary at the upcoming 2021 Film Independent Spirit Awards (highlights from Week One & Two here.) Virtual attendees watched as the sextet of creators engaged with each other in an introspective discussion about their personal journey as filmmakers while working on their documentary features.

Moderator Morgan Neville (Won’t You Be My Neighbor?) set the tone for the discussion quoting renowned documentarian Albert Maysles: “If you ended up making the film you set out to make you weren’t listening along the way.”

Neville then asked the panel, “What did you originally think your film was going to be versus what it became?”

Maite Alberdi (The Mole Agent) shared that originally she wanted to tell a detective story, but when the private investigator she’s collaborating with hires an older gentleman to go undercover in a retirement home, “the focus of the story became about old age and abandonment.”

Filmmaker Garrett Bradley (Time) took a different approach regarding her documentary, about a mother of six who has spent two decades campaigning for the release of her husband serving a 60-year sentence for robbery. “I asked the family, ‘Why do you want to make this film?’” She says they told her: “Our story is the story of 2.3 million American families and that our story can offer hope.” Bradley continued: “My job as a director was to say what does hope look like in actionable terms, cinematic terms, in visual terms.”

The co-directing team James LeBrecht and Nicole Newhman (Crip Camp) began unaware of the existence of large amounts of black-and-white footage of their film’s subject, a progressive disability-empowerment summer camp called Camp Jened. “We thought the power of the film would be a group of people conjuring up memories of the camp, but when the footage became available there was a big shift. We suddenly saw a sort of Wet Hot American Summer/Breakfast Club part of the film where you can fall in love with characters, following along with their growth and change.”

Shifting focus to the directors’ approach to filmmaking Neville wanted to know, “What are the rules that you set for yourself as a filmmaker?”

Kirsten Johnson (Dick Johnson is Dead) approached her film with this rule in mind, “I’m making this with my father, but I know he has dementia, so there will be ethical challenges around what his agency is and how I answer to that throughout the process.”

Nanau described his rule with regards to how he approaches his camera work. “Everybody has a certain frame in which you can capture the authenticity of a person. You can keep out of the frame what is artificial. I look for the right frame that captures the emotion and attitude that I feel makes the authenticity of the person.”

Bradley shared her thoughts about the state of documentary filmmaking, “We’re in a really exciting moment.” She said it reminds her of conversations around neorealism cinema, and how that was the first instance of narrative filmmaking having a social cause.

“Neorealism was one of the first instances where the filmmakers were out of necessity bringing in reality and you saw that in terms of performance, in terms of the camera work, but there was this challenge of how to distinguish from the newsreel and that’s where questions of aesthetics started to come in where you really see it as bridging between journalism and fiction filmmaking. And I think we’re very much at that place now as documentary filmmakers are still grappling with these same conundrums,” she said.

Neville then posed a question from one of the session’s virtual attendees: “How have your respective communities and people in your films been affected by the making of these films?”

Jim LeBrecht took this one for his directing team, “There are people who feel like for the first time they’ve seen themselves represented accurately and that’s been liberating for them. And somebody on Facebook, one of the earliest comments, they said, “I feel knowable now.”

To close out Neville asked if anyone had advice for aspiring documentarians. Bradley offered, “Find the confidence to be curious and to do that in a way that is rooted in a place of generosity. And have fun and be kind.”

This Week: You Never Forget Your First 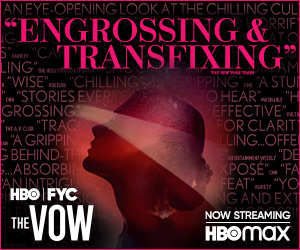 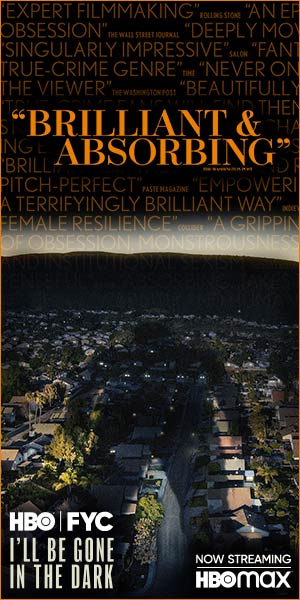 The 2021 Directors Close-Up is Coming Soon to a Laptop Near You....

On Inspiration, Procrastination and Stories Without Aliens –...