Welcome to our first Don’t-Miss Indies roundup of 2022! Normally we use this space to spotlight indie cinema’s latest and greatest new releases. But with Film Independent Spirit Awards season in full swing, we decided to instead dedicate these digital column inches to learning more about this year’s Narrative TV category nominees. We know it takes some getting used to. This is, after all, only the second year the Spirit Awards have included episodic programs as well as feature films, and there’s a lot of great stuff to catch up with! 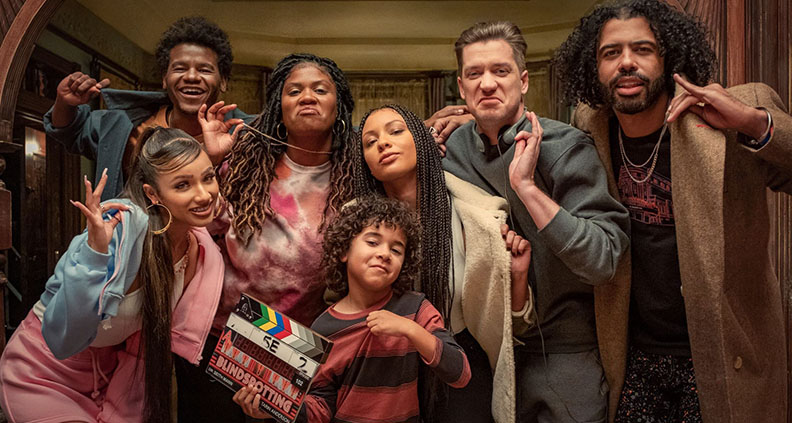 Where You Can Watch: STARZ

About: Casal and Diggs first wrote and appeared together in the 2018 feature version of Blindspotting, where the two IRL childhood buddies played best friends in Oakland, California. Recent parolee Collin (Diggs, a Spirit Awards alum for his role in the feature) and Miles (Casal) attempt to navigate Collin’s probation amid a city landscape fraught with crime and racial inequality. The STARZ series picks up six months after the events of the film but focuses entirely on a different character: Miles’ girlfriend, Ashley (Cephas Jones)–who, after Miles is arrested, is forced to move in with his mother, Rainey (Hunt, a 2013 Spirit Award winner for The Sessions) and half-sister Trish (Barron). Scoring two Spirit Award nominations, for Best New Scripted Series and Best Female Performance for Cephas Jones, the series has already been renewed for a second season. 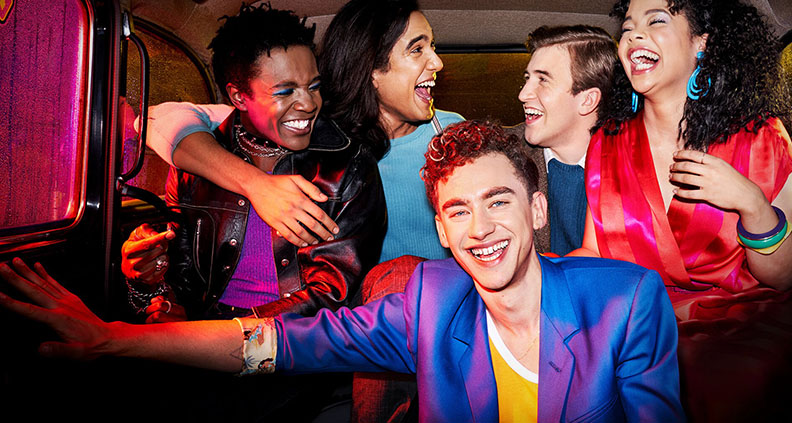 Why We’re Excited: Also scoring two Spirit Award noms, prolific Welsh screenwriter and television producer Davies’ (A Very English Scandal, Doctor Who, Torchwood) new five-part limited series shines a much-needed spotlight on the generation of queer young people who lived through the AIDS epidemic in the United Kingdom. Set between 1981-1991 in London, the series centers on a group of gay men and their friends making their way as the HIV/AIDS crisis explodes in the 1980s. First airing on the British public service network Channel 4, the series soon became the most binge-watched series on the network’s streaming platform and has been credited for bringing about a recent surge in UK HIV testing. 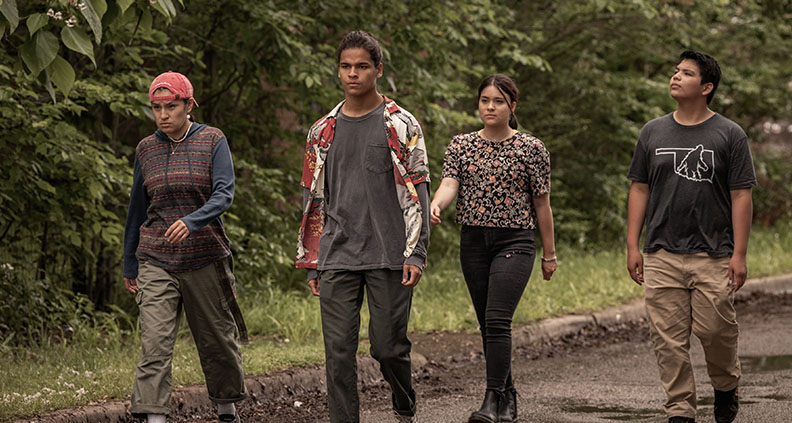 About: Filmed entirely in the city of Okmulgee in Eastern Oklahoma, Reservation Dogs is this year’s Spirit Award winner for Best Ensemble Cast in a New Scripted Series. The half-hour dramedy focuses on four Native American teenagers growing up on the local reservation. A year after one of their close friends Daniel dies, the crew decides to honor his memory by adopting his dream of going to California. They’re willing to do almost anything to get there, committing a series of petty crimes and capers along the way with hilarious results. Featuring all Indigenous writers and directors and an almost all Indigenous cast, the critically acclaimed series has been renewed for a second season. 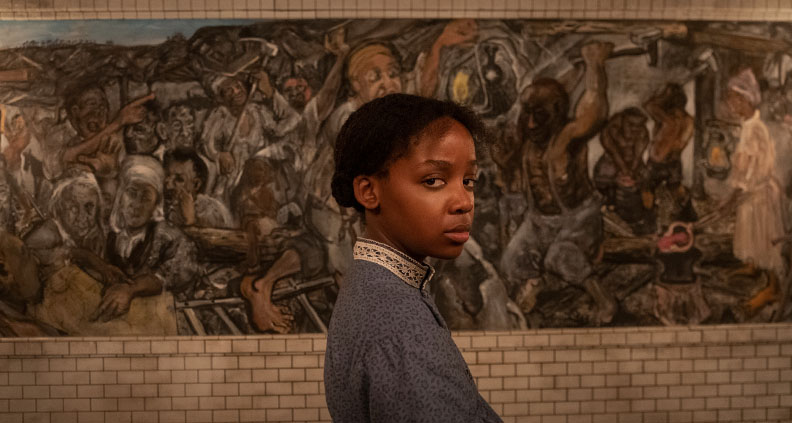 About: Multiple Spirit Award winner Barry Jenkins’ (Moonlight, If Beale Street Could Talk) 10-part adaptation of the Pulitzer Prize-winning novel by Colson Whitehead was filmed entirely in Savannah, Georgia. The work of reimagined historical fiction follows Cora (South African actress Mbedu, also nominated for her role) as she escapes from a brutal Georgia plantation aboard a literal underground railway. With brutal slave hunter Arnold Ridgeway (Edgerton) hot on her heels throughout the harrowing journey, Cora is forced to fend for herself as the train pulls into each new stop to discover what further dangers America has in store.

WE ARE LADY PARTS 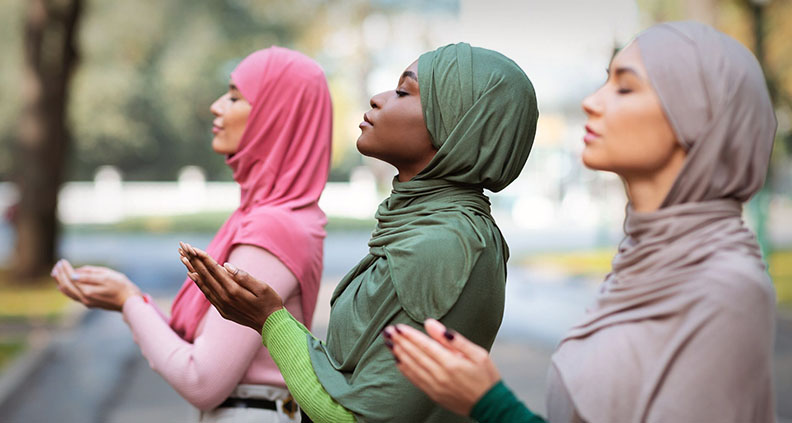 About: This UK comedy follows the trials and travails of an all-female Muslim punk band, led by lead guitarist and Ph.D. student Amina (Vasan) and frontwoman Saira (Impey). An ambitious, music-driven project, veteran TV director and series creator Manzoor (Doctor Who) co-wrote and adapted Lady Parts’ cover songs and originals with her siblings Shez Manzoor (also the show’s composer), Sanya Manzoor and Benni Fregin. And if that wasn’t cool enough, the actors all play their own instruments onscreen. Besides its Best New Scripted Series nomination, Anjana Vasan is nominated for Best Female Performance. 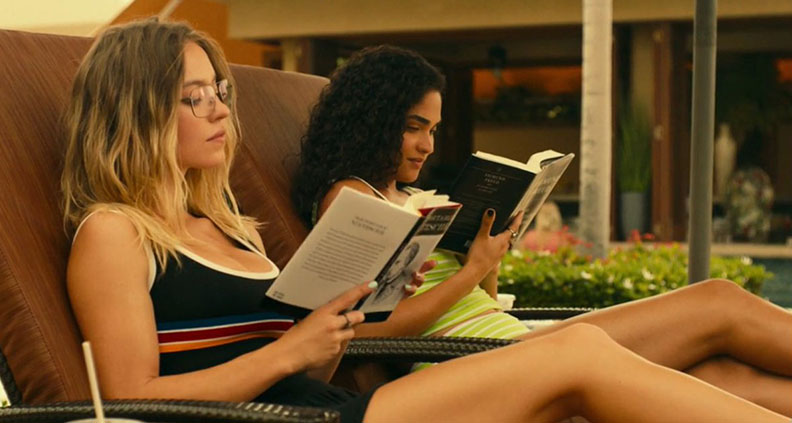 About: Over six episodes, this biting satirical dramedy from Spirit Awards favorite Mike White (The Good Girl, Beatriz at Dinner) follows the antics of guests and employees at an exclusive Hawaiian resort. Over the course of one week, a series of dark secrets begin to emerge to pierce the façade presented by the resort’s elegant guests–their seemingly picture-perfect lives falling apart amid the dubiously cheerful resort employees. Filmed entirely in Hawaii during the Fall of 2020 under very strict COVID-19 requirements, principal photography took place at the Four Seasons Resort Maui at Wailea and other locations in Maui. 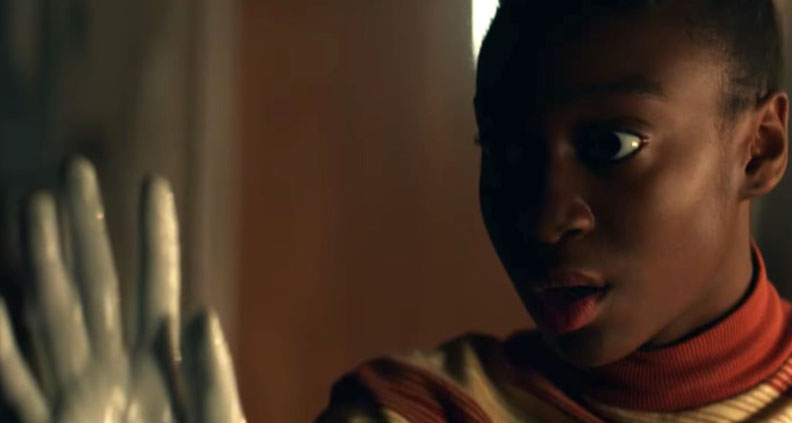 About: After a family tragedy in North Carolina in 1953, life for a Black family becomes unbearable, leading to a cross-country move to Los Angeles. Livia “Lucky” Emory (Ayorinde) and her WWII veteran husband, Henry (Thomas), move into the white neighborhood of Compton with their daughters after he lands a job as an engineer with an airplane manufacturer. Evil forces–both otherworldly and in the form of neighborhood bully Betty (Pill)–soon conspire to run this family out of town. Filmed in Atlanta and Los Angeles, the anthology series has been renewed for a second season. 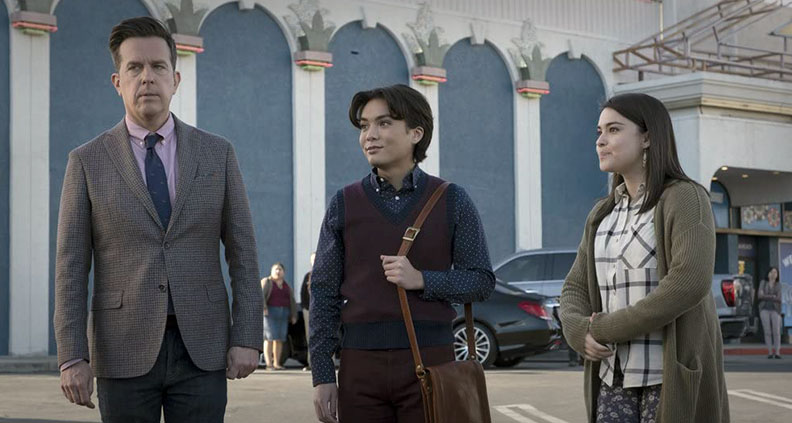 About: Nathan (Helms, of The Hangover and The Office fame) and Reagan (Mniconjou and Sicangu Lakota actor, writer and comedian Schmieding) have been friends most of their lives in their shared sleepy town, until a struggle to preserve Nathan’s family’s legacy threatens the friendship, as Reagan is torn between loyalty to her longtime friend and her tribe, the Minishonka Nation. Yet another win for Indigenous representation on- and off-screen, the sitcom from showrunner Sierra Teller Ornelas (Brooklyn Nine-Nine) reportedly features the largest Indigenous writers room in television. 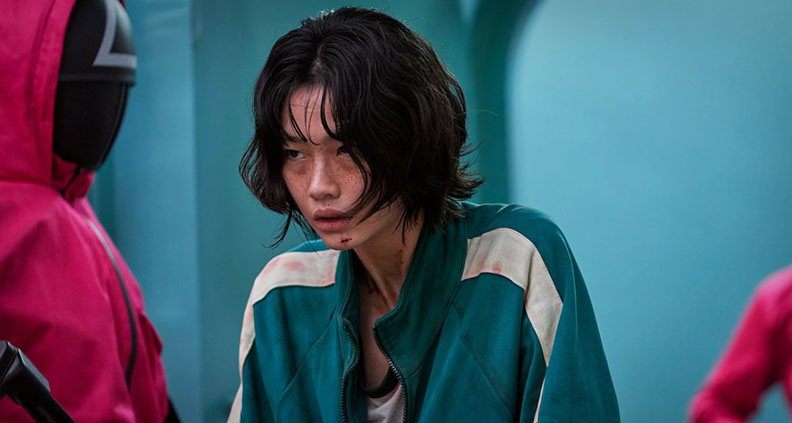 About: The biggest show to come out of 2021, South Korea’s dystopian survival drama feeds into worldwide viewers’ continued desire to see the poor stripped of any shred of dignity in their desperate attempts to seek financial relief, and in this case, remain alive. In the world of the show, 456 participants–all heavily in debt–are chosen to participate in a children’s game competition for a handsome cash prize. Unbeknownst to these participants, failure to win at each stage will result in their literal death. A brutal take on the economic and social disparities between the haves and have-nots, this Korean-language drama blew the streaming industry wide open last fall when it vastly surpassed the viewership of Netflix’s previous audience record-holder, Bridgerton, to become the streamer’s most-watched series, reportedly attracting more than 142 million subscriber accounts.

The Spirit Awards are the primary fundraiser for Film Independent’s year-round programs, which cultivate the careers of emerging filmmakers and promote diversity and inclusion in the film industry. To support our work with a donation, please click here.

10 Don’t-Miss Indies: What to Watch in August