INTERIOR. Film Independent offices, Los Angeles. Day. The Pico Boulevard HQ of everybody’s favorite arts nonprofit. The room is abuzz. Staffers huddle around the glow of desktop computers, looking at something. CLOSE-UP: a blog announcing the six new participants of Film Independent’s 2017 Screenwriting Lab. It’s clear from the steely miens projected by the sextuplet’s .jpg headshots that this is a talented, ambitious group—one that means business.

MONTAGE: Screenwriting Fellows engaged in an intensive five-week lab program, developing their projects through individualized story sessions and seminars, being coached on both the craft and business of screenwriting from top industry speakers and creative advisors. WHIP-PAN to reveal: Lead Creative Advisor Robin Swicord (The Curious Case of Benjamin Button) lending her expertise to the group. CUT TO: additional guest speakers and advisors, hard at work. They include Shelia Hanahan Taylor (the Final Destination series) and Meg LeFauve (Inside Out, Captain Marvel), among others.

From OS, the voice of Jennifer Kushner, Film Independent’s Director of Artist Development. KUSHNER: “This extraordinary group of artists brings a breadth of fresh and dynamic voices to the Lab. We’re excited to develop not only their projects, but their filmmaking careers.”

FLASHBACK to past Film Independent Screenwriting Lab projects, including Andrew Ahn’s Spirit Award winning Spa Night, Robbie Pickering’s SXSW winner Natural Selection and Chloé Zhao’s Sundance premiere Songs My Brothers Taught Me. Just to name a few. The scene is gauzy, dream-like. A glimpse of the success stories of yesteryear. Perhaps this year’s Fellows are destined for similar heights? Only time will tell…

STAR-WIPE, EXTRA GLITTER. Back to present day. What are these six new Film Independent Screenwriting projects, anyway? Good question. They are:

CUT TO: 2017’s (very accomplished) Screenwriting Lab Fellows—a diverse, acclaimed group of innovative storytellers, hailing from all over the country and, indeed, the globe. They are: 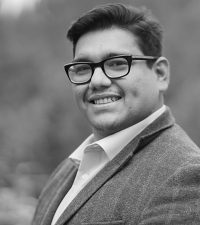 Born in Ecuador, Marcos Davalos grew up in Hollywood, Florida, where he developed a passion for singing, acting and dancing. Davalos graduated from Grinnell College in Iowa. He moved to Los Angeles to study at the AFI Conservatory, where he received his MFA in Film as a Producing Fellow and Gary Winick Scholar. While at AFI, Davalos developed and wrote his debut coming-of-age screenplay, The Dance Crusader—a story inspired by his own experience growing up as a gay, undocumented Latino immigrant teenager with a passion for dance and a fearless imagination. The screenplay most recently participated in the 2017 Outfest Screenwriting Lab. 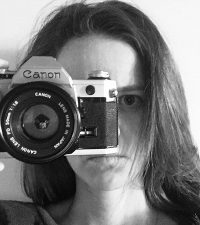 Amanda Brennan decided on a life behind the camera in preschool, when she turned down the role of Dorothy in The Wizard of Oz and offered to help “boss people around” instead. Her feature-length script, The Dust, was a 2014 recipient of the Sloan Foundation Feature Film Development Award and a 2015 recipient of the Sloan Producer’s Grant from Film Independent. Her graduate thesis short, Goodbye Casey Trade, earned her the Best Director Award at the Boston Underground Film Festival. Brennan also helmed the five-part comedic web series Second Coming. Her feature-length script of Goodbye Casey Trade, an alum of the Tribeca Film Institute, is currently in development. 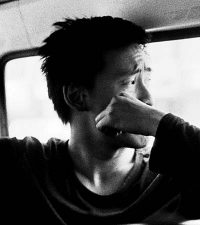 Michael Y. Lei was born in China and raised in New Orleans, New York and San Francisco. Since graduating from USC’s School of Cinematic Arts, Lei has directed numerous music videos which have been featured on VICE and MTV. Lei is a Fellow of the Points North Fellowship of the Camden International Film Festival, as well as the San Francisco Film Society Filmhouse Residency program. Most recently, he was selected to participate in Film Independent’s Documentary and Screenwriting Labs for his first two feature films. He’s currently in post-production on his documentary feature debut, A Taste of Sky, which is being produced by award-winning filmmaker Andrew Renzi (Jiro Dreams of Sushi). 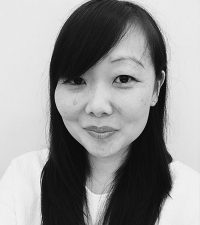 Born in Washington D.C. and raised in Los Angeles, Allison Lee studied English Language and Literature at the University of Chicago. Lee received her MFA in Film and TV Production from the USC School of Cinematic Arts. A recipient of the Media Action Network for Asian Americans Scholarship, Lee was invited to attend the National Association for Multi-Ethnicity in Communications Writers’ Workshop and the Nickelodeon Writer’s Script Review. She was also named a Project Involve Fellow, through which her short, The Grizzly, was produced by Film Independent. Recently, Lee was selected for the Sundance Screenwriters Intensive and was also nominated for the 2016 Fox Global Directors Initiative. 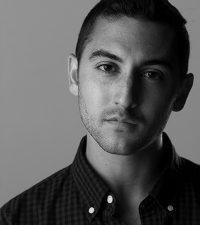 The second son of two authors, McGoldrick developed a fascination with storytelling at a young age, much to the chagrin of his parents who struggled to distinguish fact from his fictions—myths of heroes and monsters ingrained in his mind. Later in life, when McGoldrick turned to storytelling as a profession, he realized it wasn’t the heroes that captivated him. It was the monsters. As a writer, McGoldrick exorcizes inner demons through subversive storytelling, seeking to break down complex, conflicted characters locked in battles against themselves. As they conquer the worst parts of their own nature, they find that it’s sometimes okay to be the monster. 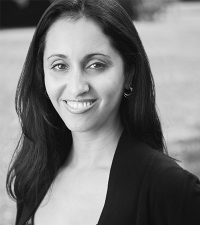 Anna Fahr is an Iranian-American writer/director who has been the recipient of numerous grants and has participated in numerous conferences, panels and forums—including the Talent Lab at the Toronto International Film Festival and the All Access Lab at the Tribeca Film Festival. Fahr’s short, Transit Game, is a story of friendship and exile set against the backdrop of the Syrian war. Her first independent feature documentary, Khaneh Ma: These Places We Call Home, screened in international festivals worldwide and was theatrically released in Montreal. Fahr holds a BFA in Film Production from Concordia University in Montreal, an MFA in Screenwriting from Hollins University in Virginia and an MA in Film and Middle Eastern Studies from NYU.

CUT TO: the Loyola Marymount University School of Film and Television Screenwriting Fellowship—now in its sixth year. It’s being awarded to Loyola alumnus Sam McGoldrick, who will receive a $10,000 grant to develop his script Strawberry Fields through the Film Independent Screenwriting Lab. Just one of the over $800,000 in annual grant money awarded by Film Independent.