Who are you? What do you do? And really, what’s your whole deal, anyways? We know that’s some intense energy to hit you with at the start of the workweek, but trust us: if you don’t have your own answers to these primordial questions of identity you better believe someone else will be more than happy to supply them on your behalf. And when we’re talking about characters operating inside an onscreen narrative, the question of who gets to shape whose story is critical for storytellers to consider—and only exponentially so when it comes to real-life people as portrayed in a documentary or nonfiction film project.

At their core, the three projects selected for this month’s Fiscal Spotlight column are all about marginalized groups or individuals taking back their own narrative. Here, we have an overweight black girl with an illness, a nun dying of cancer and the children of sex workers in a red-light district in India, all taking steps to empower themselves despite incredible odds, defying the boxes that society has tried to place them in. Talk about some intense energy!

August’s projects include Black Girl in the Woods, Redlight to Limelight and Sister Úna Lived a Good Death. Learn more about the films—including how to support them—below:

BLACK GIRL IN THE WOODS 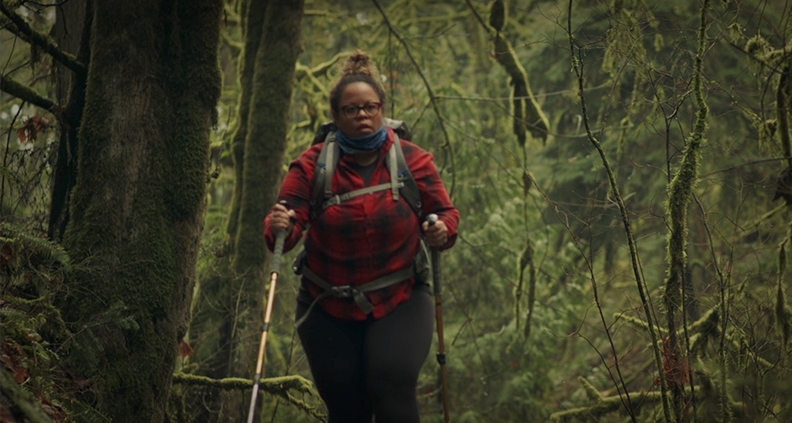 About the project: Black Girl in the Woods chronicles Kisha Jarrett’s journey as a fat Black woman with Lupus working to reclaim space in the outdoors. What started as a mission to hike the Pacific Northwest Trail soon becomes a story of discovery, finding joy and defining one’s own relationship with nature. For months, Kisha trains, studies the trail and meets with experts and doctors to prepare for her journey. She heads out. But on the very first day, she has to stop. She has ripped tendons in both of her feet and is in indescribable pain. It takes two days to get out and back home to Portland, OR. Kisha is heartbroken. What does it mean to not accomplish something you’ve told the world you would do? She has surgery and finds herself with a cane, wearing medical boots. This is a close-up, raw glimpse into what it means to be a fat Black woman with chronic illness in physical and mental recovery. Kisha realizes that she’s been trying to fit herself into a narrative that was not designed for her. Rather, she has to define what success looks like for her. She turns to a small but thriving community of unlikely outdoors enthusiasts from historically marginalized communities. As her community expands, Kisha learns to see her failure as a fresh start.

Meet the filmmaker: To learn more about Black Girl in the Woods including how to support the project, click here. Filmmaker Kisha Jarrett is a creative change-maker with a background in marketing and development throughout her ten-year career in arts management that has helped raise over $50 million dollars for various organizations and has a cumulative earned revenue of over $5 million. Kisha is also a writer, director, producer, actor, musician, and storyteller. she has performed for The Moth (2017 and 2018 GrandSLAM winner), Seven Deadly Sins, Wildfang, and Back Fence PDX where she is a co-host and story producer. 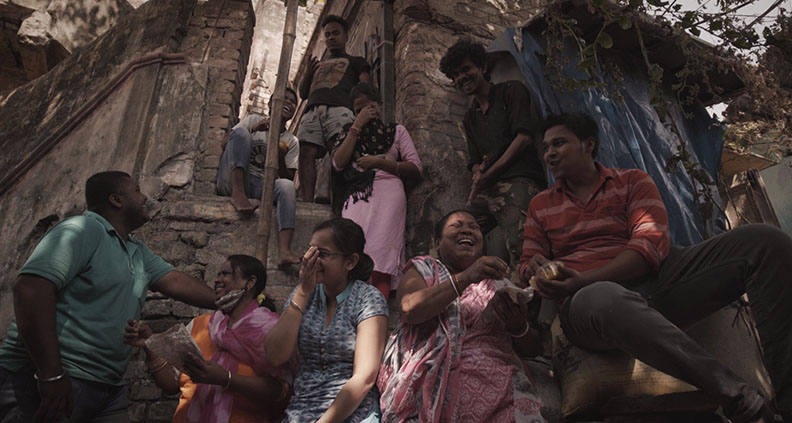 About the project: A group of sex workers and brothel youth form a film production house in the Kalighat red light area in Kolkata, India. Despite the opposition from the conservative society, they are determined to become filmmakers, resist prostitution among the second generation, survive through the art of cinema and transform the red light area into a professional film colony in the post-pandemic era. The energetic and creative community learns film crafts from internet tutorial videos and uploads their dynamic visual stories on YouTube. Making their community issue-based, zero-budget short fiction films is their foray. The enterprise, CAM ON, faces resistance from the community, police and other vested groups from outside, while COVID-19 makes the situation even more difficult. Will CAM ON be able to overcome the challenges and screen the film in the city? Will they get recognition from the mainstream local film industry? Will their aspiration to turn the brothel into a film colony ever be fulfilled?

Meet the filmmaker: To learn more about From Redlight to Limelight including how to support the project, click here. Director Bipuljit Basu is an impact filmmaker in Indian hybrid cinema and documentaries. His foray is to bring the less known South Asian marginal stories in mainstream film and media. Postgraduate in Social Development, Bipuljit finds out the unexplored stories that have a social significance in popular culture, creating some impact values in the broader social spectrum. He believes in showing Inclusion, which is an instrument for social change. Bipuljit is nominated as an Asian Jury at Science Film Festival, hosted by UNDEP and Goethe Institute, held in 94 countries. 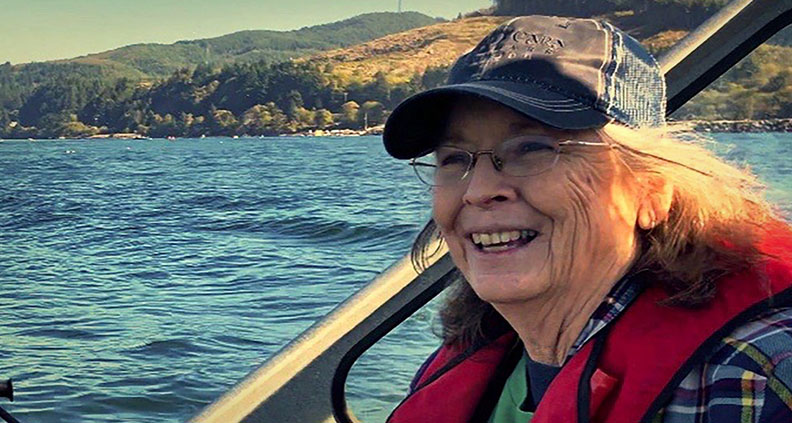 About the project: Following a cancer diagnosis, Sister Úna—a wisecracking Catholic nun dedicated to social justice—chooses to live large as she’s dying fast. In Sister Úna Lived a Good Death, we follow the self-proclaimed “leader of the misfits” in her last nine months as she plans her funeral, attempts to complete her bucket list and confronts what it means to let go. Wisecracking while wearing plaid flannels and baseball hats like a uniform, the raconteur was a rule-breaker and feminist long before it was cool. Sister Úna Lived A Good Death is an unconventional character study of a mischievous, social justice-defending Catholic nun living out her last nine months in Encino, California. Her unique approach to dying includes planning her own funeral (with karaoke), hosting a funeral-planning workshop for Sisters and friends and otherwise making the most of her final days—including attempting to hang on for the birth of her beloved niece Sarah’s first child. A former youth minister, Úna uses her death as her final teaching moment. Filmed through hospice, Úna got her final wish of making sure her approach to life and death could inspire generations to come.

Meet the filmmaker: To learn more about Sister Úna Lived a Good Death including how to support the project, click here. Director Par Parekh was born in Texas to Indian immigrants at the tail end of the Carter administration. His work as a filmmaker has placed him in many roles—director, writer, producer, editor and cinematographer. Par was named one of “25 Screenwriters to Watch in 2020” by Austin Film Festival. He made his narrative directorial debut with the short The Happy, which screened at SeriesFest and Austin Film Festival in 2019. Par produced and co-wrote Benh Zeitlin’s Glory At Sea, winner of the Wholphin Best Short Film Award at SXSW and edited Dana O’Keefe’s short narrative The New Yorkist, which was in competition at Tribeca Film Festival.

(Header: Black Girl in the Woods)

Guest Post: Dispatches from a Virtual, But Hardly Distant, Screenwriting...