If you somehow missed the only animated feature you absolutely needed to see in 2001, Spirited Away was written and directed by the renowned Hayao Miyazaki, and dives in to a magically meaningful world full of witches and spirits, all seen through the eyes of ten year old Chihiro, who takes a job at a mystical bath house to try and figure out how to save her parents, who have been transformed into pigs due to a curse. Playful yet dark, Miyazaki creates a fascinating, layered narrative that appeals to children and adults alike.

(Are you an animator, or an aspiring one? Film Independent’s Project Involve is accepting applications through August 30 for the 2022 LAIKA Animation Fellowship, which provides a $10,000 production grants to produce a stop-motion animated short film in Project Involve. Emerging filmmakers with a focus in animation and who come from diverse backgrounds and communities underrepresented in film and television are invited to apply.) 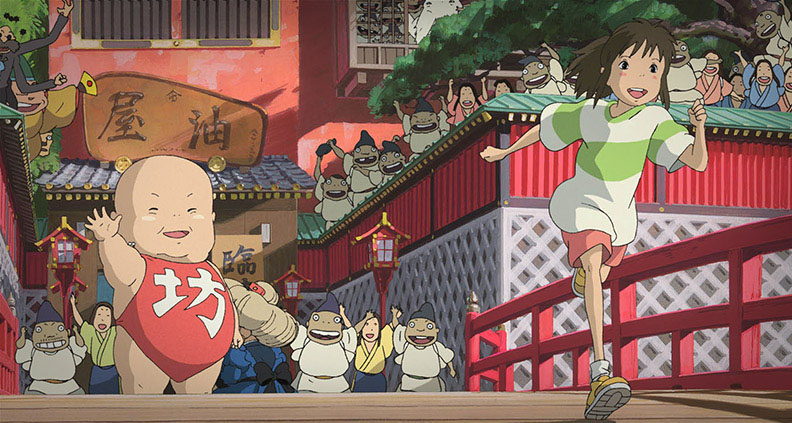 The genre of Japanese animation (commonly known as anime, generally featuring bold characters, colorful scenarios and lots of action) has a strong cult following. However, the average moviegoer may only be able to list two or three anime films off of the top of their heads. One of them is guaranteed to be Spirited Away—which won Best Animated Feature at the Academy Awards in 2003. It’s the only foreign film that has won that award, and is the highest grossing film in the history of the Japanese box office, grossing the equivalent of $234 million.

Miyazaki’s masterpiece is highly critically renowned, and often considered to be one of the best and most impressive animated features in history. Miyazaki himself is a bit of a legend; he’s generally the only anime filmmaker that the general public is familiar with, with several other critically acclaimed anime films under his belt, and has been called the “auteur of anime.”

Additionally, some of the biggest names in American animation had a hand in the film’s release. Walt Disney Home Entertainment is one of the film’s distributors, and Pixar’s John Lasseter helped Miyazaki to create the English dub. Even the voice actress who plays Chihiro in the American cut—Daveigh Chase—is an American staple, having played “Lilo” from the beloved Lilo & Stitch. 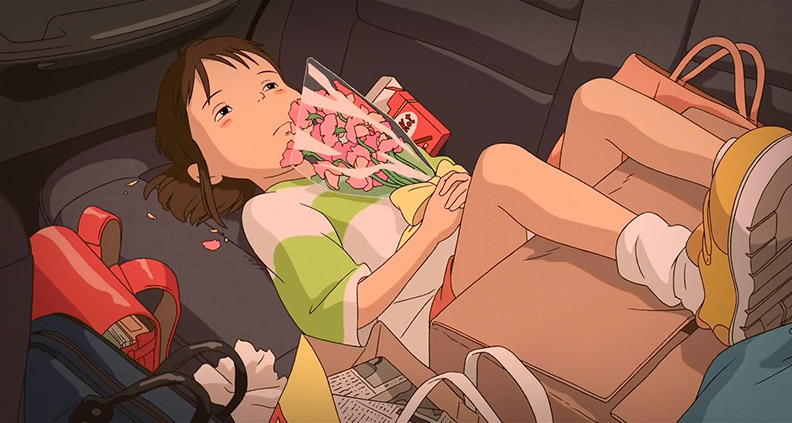 Not only did Spirited Away have mainstream success, it also had a hugely successful festival run and is the only animated feature to have won the Golden Bear at the Berlin Film Festival. Miyazaki, like many indie filmmakers, stands by his beliefs before his commercial accolades—he even declined to attend the Academy Awards due to his opposition to the American invasion in Iraq.

Stylistically, the film has a truly independent tone. Unlike most mainstream animated films, Miyazaki allows breathing room amidst chaos. These quiet scenes provide a moment of rest and contemplation for the audience, adding realism to an otherwise fantastical story. Further contributing to the film’s realism, Spirited Away makes a point to highlight small details, such as a zipper catching the sunlight, or visible dirt on the bottom of bare feet. This measure is taken a step further with characterization. The protagonist, 10-year-old girl Chihiro acts like a genuine 10-year-old girl. Miyazaki made a point to only allow her abilities that an actual 10-year-old girl would have, and based her character directly off of his friend’s daughter and what she would be capable of.

Although Disney had a hand in the American release, the studio was only granted the rights to do so if they agreed to not manipulate Miyazaki’s original vision and leave the film as close to the Japanese original as possible. The film is a true product of the studio that Miyazaki co-founded, Studio Ghibli, which has produced several of his other hits.

Also, like several indie auteurs before and after him, Miyazaki did not go in to Spirited Away with a completed script. Because he was producing the film at his own studio, he was able to trust his imagination and let the story unfold naturally. Considering the complexities of the animated feature, it truly seems that this kind of spontaneity is only possible coming from a true genius, and the independent spirit.

Spirited Away showed American audiences that animation could be meaningful, powerful, entertaining and amusing all at once. This film was groundbreaking because an artist pursued his vision and had his hand in every decision during the process. This is the beauty of independent filmmaking: it fosters imagination.