For those of us in Los Angeles, it has just started to feel like fall – with the cold snap turning leaves into vibrant yellow, orange, and red, and boots season is upon us again. October has gone by in a flash: amidst the frenetic pace of preparing and producing the 2022 Film Independent Forum – four days of jam-packed panels, case studies, workshops, and networking events – we also hosted no fewer than ten screenings under the Film Independent Presents umbrella – both virtual and in theaters.

To catch you up on all of them, here is a list of all the post-screening Q&As with each project’s filmmakers. As awards season continues to heat up, we have many more screenings coming up. Please check out the schedule for this month’s Film Independent Presents lineup – we hope to see you there! 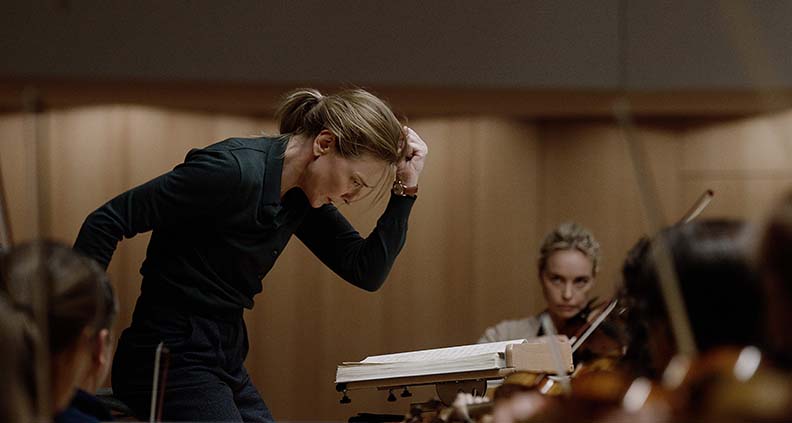 Synopsis: [From Jenn Wilson’s (Film Independent Senior Programmer) write-up for October’s Don’t-Miss Indies] Lydia is a world-renowned conductor and leads her own symphony in Germany, but she’s also an author, guest-lecturer, and whatever else she can do to keep her name in the media cycle. But absolute power corrupts absolutely, and early on, the film gives us sneaky hints that Lydia, who is married with a child, might have a wandering eye for young women and, even worse, a taste for punishing those who won’t bow down to her whims.

What critics are saying: “Blanchett does it all here: Speaks three languages, plays piano, conducts with what looks to my untrained eye to be pretty fair stick technique, and changes the temperature in any given room Lydia enters with a glance.” Michael Phillips, Chicago Tribune 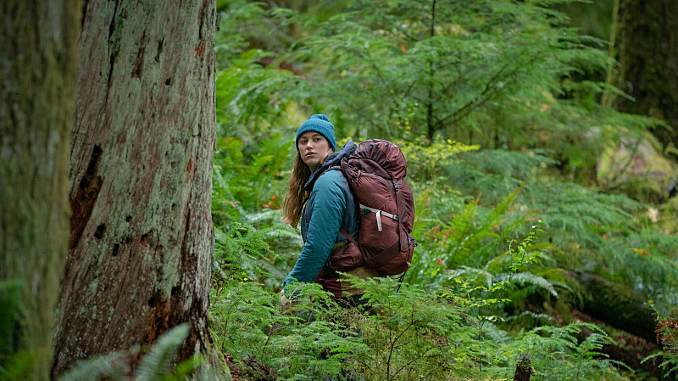 Synopsis: Significant Other follows a young couple – Ruth (Maika Monroe, It Follows) and Harry (Jake Lacy, White Lotus) – who take a remote backpacking trip through the Pacific Northwest. Unfortunately, things take a dark turn when they realize they may not be alone ….

What critics are saying: “The film’s modest façade proves a smoke screen for a rich and eventful ride; one plot development in particular hits with such surprise that it catches the audience far more unawares than the characters.” Natalia Winkelman, The New York Times

Synopsis: The Janes tells the story of a group of unlikely outlaws. Defying the state legislature that outlawed abortion, the Catholic church that condemned it, and the Chicago mob that was profiting from it, the members of Jane risked their personal and professional lives to help women in need. In the pre-Roe v. Wade era – a time when abortion was a crime in most states and even circulating information about it was a felony in Illinois – the Janes provided low-cost and free abortions to an estimated 11,000 women.

What critics are saying: “Lessin (Trouble the Water) and Pildes (a producer of Jane Fonda in Five Acts) shape a vibrant, thoughtful communal story from the voices they’ve gathered, complementary and sometimes contradictory. The film’s last segment is especially robust and involving as they delve into the matter of the raid that led to the arrest of seven collective members and the possibility of 110-year sentences. Why and how their high-powered (female) attorney used a stalling strategy is a happy convergence of historical events.” Sheri Linden, The Hollywood Reporter

Synopsis: Navalny follows Russian opposition leader Alexei Navalny, who was poisoned with a military-grade nerve agent in August 2020 during an assassination attempt. Recovery was painful and took months, after which, he still decided to return home.

What critics are saying: “Even with those latest grim developments, this documentary, directed by the Canadian filmmaker Daniel Roher (“Once Were Brothers: Robbie Robertson and the Band”), plays like a crowd-pleaser, a profile of a politician with the unflagging courage to swim against a rising totalitarian tide. It helps that Navalny has a movie star’s charisma and wit. In the first moments, Navalny implores Roher to make the film a thriller. If he’s killed, Navalny explains, then Roher has permission to make a boring memorial.” Ben Kenigsberg, The New York Times

Synopsis: Based on the classic D.H. Lawrence novel, we follow the life of Lady Chatterley – a woman born to a life of wealth and privilege – who soon finds herself married to a man that she eventually falls out of love with. Lady Chatterley engages in a torrid affair with a gamekeeper on their English estate, discovering more desire and intimacy than she thought possible. When she realizes that she has fallen heart and soul, she breaks all traditions of the day and seeks happiness with the man she loves.

What critics are saying: “…. a handsome introduction to this feminine saga of sexual awakening, laced with both something old and something new and plenty of frank, tastefully choreographed and actually steamy eroticism dearly missed in today’s increasingly sterile mainstream cinema.” Tomris Laffly, TheWrap

Synopsis: The Return of Tanya Tucker follows Tanya’s richly creative, utterly captivating, bumpy ride back to the top as Brandi Carlile encourages her to push past her fears to create a new sound and reach a new audience. The writing, the experimenting, and refining of this new music mixes with all that came before – using rare archival footage and photographs to delve into Tanya’s history, beginning in a single wide trailer in Seminole, Texas. A rousing exploration of an unexpected friendship built on the joy of a perfectly timed creative collaboration.

What critics are saying: “Mostly The Return is about listening to great music getting made by two women representing two generations of country music – Carlile is 41 – who genuinely seem to respect each other, and who have obvious talent.” Michael O’Sullivan, The Washington Post

WE’RE ALL GOING TO THE WORLD’S FAIR

What critics are saying: “It’s one part of a larger phenomenon known as the “creepypasta” – a form of collective online storytelling that blurs the line between reality and fiction. We’re All Going to the World’s Fair, the directorial debut of Jane Schoenbrun, is a film about creepypastas that also feels like it could be a creepypasta itself, unfurling with the same unhurried dread.” Clarisse Loughrey, The Independent

Synopsis: The year? 1290. In the Medieval English village of Stonebridge, Lord Rollo sees his daughter as his path out of financial ruin by marrying her off to a wealthy man for money and land. But Birdy, like all great teen heroines, is spirited, clever and adventurous – and ready to put off any suitor in increasingly ingenious ways. Her imagination, defiance and deep belief in her own right to independence put her on a collision course with her parents. When the most vile suitor of all arrives, they are presented with the ultimate test of love for their daughter.

What critics are saying: “If anything, the melding of broad, bawdy humor and outrage, of gutbusting and throat-clearing, complements each other beautifully.” David Fear, Rolling Stone

THE FASTEST WOMAN ON EARTH

Synopsis: Filmed over seven years, The Fastest Woman on Earth chronicles the extraordinary life of professional racer and TV personality Jessi Combs. Approached by an all-male team of aviation enthusiasts to be the lead driver of a custom car built from a repurposed fighter jet, Jessi’s dream of breaking land speed records is suddenly within reach – but at what cost?

What critics are saying: “ …. is a mix of triumph and tragedy, with no small amount of foreshadowing …. And if you are up to speed on “The Fastest Woman on Earth,” it’s still an engaging, moving and even shocking documentary.” John Anderson, The Wall Street Journal

Synopsis: Descendants of the survivors from The Clotilda celebrate their heritage and take command of their legacy, as the discovery of the remains of the last known slave ship to arrive in the United States offers them a tangible link to their ancestors.

Synopsis: An engineer in the Army deployed in Afghanistan, Lynsey returns home to New Orleans after suffering TBI resulting from an IED explosion in the field. As she works hard to regain her physical and mental abilities – relearning to walk, bathe, use her hands, etc. – she comes across mechanic James, with whom she bonds over their traumatic pasts, as he had lost a leg in a car accident.

What critics are saying: “Neugebauer, making her feature debut following work in series such as the Netflix production Maid, opts for an unshowy realism that emphasizes the chewiness of the actors’ work.” Wendy Ide, The Guardian

Synopsis: In Elegance Bratton’s deeply moving film inspired by his own story, a young, gay Black man, rejected by his mother and with few options for his future, decides to join the Marines, doing whatever it takes to succeed in a system that would cast him aside. But even as he battles deep-seated prejudice and the grueling routines of basic training, he finds unexpected camaraderie, strength and support in this new community, giving him a hard-earned sense of belonging that will shape his identity and forever change his life.

What critics are saying: “The metamorphosis that Bratton explores, and that Pope embodies — the way Ellis both changes and remains ever faithful to himself — is subtle, bittersweet and beautiful.” A.O. Scott, New York Times

About: Weird: The Al Yankovic Story explores every facet of Yankovic’s life, from his meteoric rise to fame with early hits like “Eat It” and “Like a Surgeon” to his torrid celebrity love affairs and famously depraved lifestyle. Exclusively on The Roku Channel.

What critics are saying: “Daniel Radcliffe is fully liberated and hugely entertaining as Yankovic in a film that abandons recognizable reality for crackpot set pieces that imagine the biographical origins of hits such as Eat It, Another One Rides the Bus and Like a Surgeon.” Kevin Maher, The Times

[Header: ‘The Fastest Woman On Earth’]