What do Patton Oswalt, Fred Armisen, Kristen Bell, Andy Samberg, Joel McHale and Seth Rogan all have in common? Plenty of stuff, actually. They’re all talented, hilarious performers who—trust us—look taller in person than they do on TV. But most importantly: they’ve all been hosts of the Film Independent Spirit Awards.

And this year, the Spirit Awards will be adding two new names to its illustrious hosting ranks: Kate McKinnon and Kumail Nanjiani.

The Spirit Awards will be held at a daytime ceremony in Santa Monica on Saturday, February 27 and broadcast live on IFC at 2pm PST / 5pm EST. That should be plenty of time to prepare, so we don’t want to hear any “my dog at my DVR” excuses.

“We’re ridiculously excited to have Kate and Kumail host the Spirit Awards this year,” says Film Independent President Josh Welsh, adding “I can’t wait to see what creative mayhem they bring to the show.”

But what might that mayhem entail? We won’t know until February 27, but getting to know our hosts might be a good start. 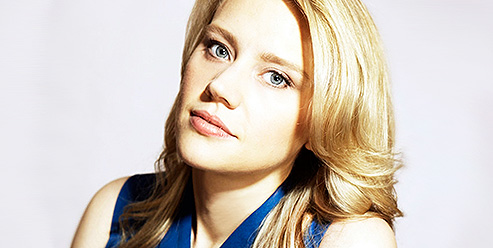 YOU KNOW HER FROM: The current season of Saturday Night Live on NBC. Since joining SNL in 2012, Kate has quickly become one of the show’s most valuable players, showcasing a tremendous performing range with her anarchic impression of Hillary Clinton and characters such as amateur art restorer Cecilia Giminez and hapless Russian meteorite magnet Olga Poylatsky.

YOU WILL KNOW HER FROM: Paul Feig’s upcoming all-female Ghostbusters reboot which will be exploding the pop culture industrial complex later this year. She’ll also be appearing in Jared Hess’s upcoming caper comedy Masterminds and as a voice in—what else?—the animated Angry Birds movie.

EVIDENCE SUBMITTED AS PROOF OF AWESOMENESS: SNL’s “Close Encounter” sketch from December, in which Kate played the unluckiest member of trio of yokels being debriefed by the CIA following an alien abduction. Our favorite part? Scene costar Ryan Gosling nearly imploding from suppressed laughter. 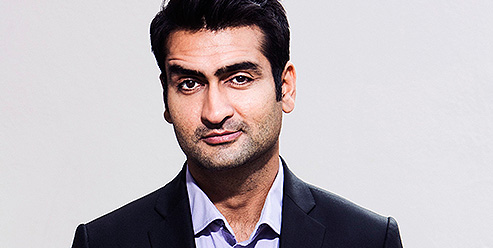 YOU KNOW HIM FROM: Any one of a number of comedy projects, including HBO’s Silicon Valley, IFC’s Portlandia and the feature films Sex Tape and Hot Tub Time Machine 2. An accomplished standup comedian, Kumail is also executive producer and co-host of Comedy Central’s The Meltdown with Jonah and Kumail.

YOU WILL KNOW HIM FROM: The upcoming feature comedy The Big Stick, co-written by Kumail and his wife, comedian Emily Gordon, and directed by Wet Hot American Summer’s Michael Showalter. He’ll also appear in Fox’s upcoming re-launch of The X-Files—a gig Kumail landed off the popularity of his X-Files fan podcast, The X-Files Files.

EVIDENCE SUBMITTED AS PROOF OF AWESOMENESS: This scene from the first season of IFC’s Portlandia, wherein Kumail’s nightmare telecom salesperson trolls Fred and Carrie with an unreasonable list of options and add-ons. Oozing rank passive-aggressiveness from the odious armor of his goldenrod polo, Kumail’s “helpful” wireless rep is a pitch-perfect satire of customer service at its most toxic.

So what happens when a Ghostbuster meets Pied Piper’s resident co-Chief Technology Officer? The Film Independent Spirit Awards will be broadcast live on IFC February 27 at 2:00pm PT and 5:00pm ET. So tune in then to find out!

For more information about the Spirit Awards—including a full list of nominees—click here. Vote for Spirit Award winners by becoming a Member of Film Independent by Friday, January 15.

If you want a preview of Kate McKinnon and Kumail Nanjiani’s co-host chemistry, subscribe to our YouTube Channel for exclusive clips and promos.

To learn more about the 31st Film Independent Spirit Awards visit our website.