Like many organizations, during the past 17 months Film Independent has faced significant losses, as in-person gatherings came to a halt and major fundraisers like the Spirit Awards transitioned online. Through it all, we continued to support our community, moving most programming online and creating an Emergency Filmmaker Support Fund for our Fellows.

But even in the midst of continued uncertainty, we remain fiercely committed to our work: championing creative independence in visual storytelling and supporting a community that embodies diversity, innovation and uniqueness of vision.

In concert with our current matching campaign, we’re launching a new retrospective series: The Fi Hall Of Fame, featuring refreshed, expanded and updated versions of most popular blogs of all time. The following piece originally ran in 2018. Special thanks to blogger Olajide Paris. 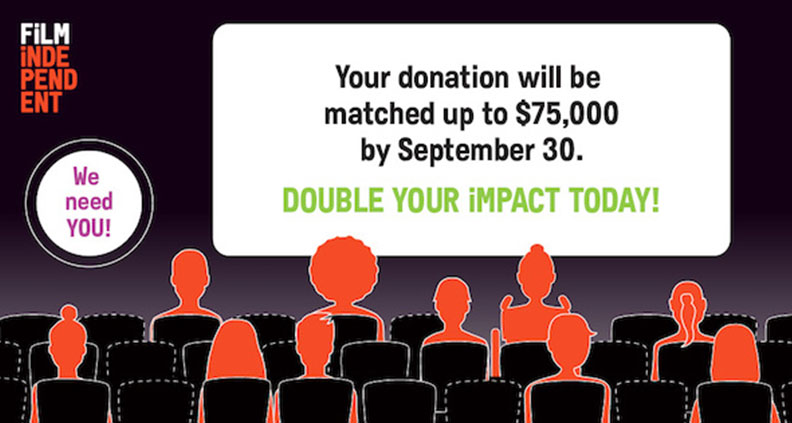 Creating an original score is a complex, collaborative and sometimes intense process between a director, a composer and their team. In this article, I will try to provide a step-by-step overview of how a composer creates a score and describe a bit of the creative process along the way. Enjoy!

Throughout the meeting, the composer, their assistant or music editor will take notes and write down the specific timecode at which cues come in and out. At the end of the session, the composer will leave with a detailed spreadsheet—called “spotting notes” –that the composer and their team will work from while creating the score.

Before a single note is written, a composer might spend days, weeks or months researching ideas and getting into the mental space of the film. A composer may read books or articles on subjects related to the film. Hans Zimmer famously studied the Fibonacci sequence in preparation for his work on The Da Vinci Code. Other times, a composer my spend time immersing themselves in a particular genre of music or culture. Black Panther composer Ludwig Göransson read issues of the original comic book and spent a month in Africa conducting research on African music and gathering raw material for the soundtrack.

Another key component of creating a score is coming up with the the sonic palette. This means making decisions on things like instrumentation, sound design and, to an extent, harmony. In this phase, a composer might spend weeks recording and designing custom sounds specifically for the film. It’s not uncommon for a composer to spend weeks in recording studios capturing odd instruments that will be later handspun into virtual instruments that can be used in the soundtrack.

While working on the 2014 film Divergent, composer Junkie XL had an ethnic percussion specialist, Satnam Ramgotra, record in the studio for five or six days to capture custom sounds for the score. And this is not a process limited to composers working on blockbuster films either. While working on a recent independent feature film, my team and I spent weeks recording and mangling recordings of electric violins, basses, pianos—even buzzsaws—that we would later use to create the score and inject it with its own unique sonic identity.

In the same way that you wouldn’t assemble your shots from stock footage (save the odd b-roll) a good composer is always going to go the extra mile to ensure that whatever project they contribute to is unique in its sound, regardless of budgetary constraints.

A composer knows where the music is going in the film, has researched the subject and spent time developing raw material. Naturally, the next step is to get to the process of actually writing music. Sad though it may be, there is only so much lollygagging that can be done in the name of “pre-production” before a composer is faced with the reality of actually putting pen to paper—either literally or virtually.

There are as many approaches to writing as there are styles of music, and there’s no standard approach. But I will discuss a couple of common approaches that composers have successfully employed over the years…

The themes. If a score is to be made of melodic material (not all scores are), then the very first step in the writing process may be to sketch themes for individual characters and events in the film. This “leitmotif” approach is one that has been adopted by composers since the Golden Era of Film, and has its roots in the operatic writings of Richard Wagner, who leveraged the extensive use of leitmotif to create arguably the most cohesive large scale concert work ever written in “The Ring Cycle”—a five-part series of operas more than 15 hours in length that took over 26 years of his life to compose. Great examples of the “leitmotif” approach in action is the Star Wars series in which characters Luke, Leia and Vader each have their own easily recognizable themes, played in key moments in which the characters appear.

The leitmotif approach can even be effective in the absence of traditional acoustic elements. Composers creating synthesized or sound design based scores often assign specific sound design elements to specific characters or events in a similar way. Composers Atticus Ross and Trent Reznor are perhaps two of the best examples of this approach, having created almost completely electronic scores for the films The Social Network, Girl With The Dragon Tattoo and Gone Girl that effectively used synthetic sounds to underscore specific moods and immerse the viewer into the film. In the case of an electronic score, rather than spending weeks scribbling melodies on staff paper, a composer is likely to spend their time crafting custom tones with analog synthesisers or virtual instruments.

The mini-suite. After drafting a set of themes for the various characters, events and moods in a film some composers will opt to create a 15-20 minute long mini-suite for a director, essentially a medley of all of the thematic material in the film interacting in a single piece of music. This helps give the director an overall sense of the sound of the film and gives the composer a great starting place to develop the rest of the score.

The sketch-up. For scores that are purely symphonic and will be recorded by orchestra, composers may opt to create a musical shorthand version of their score taking their original themes and melodies and orchestrating them on paper in a condensed format. These condensed scores will later be expanded into full-on orchestra scores and parts for a conductor and musicians to read in the recording studio. Modern composers who use this approach include John Williams, Alexandre Desplat and Alain Mayrand.

The mock-up. Any score that is going to be recorded with orchestra will at some point need to be demoed in the form of what is called a “mock-up.” Composers create mock-ups using sample libraries which are massive collections of virtual instruments that allow them to recreate the sounds of a plethora of instruments, from a piano or drums to a full-on symphony using an electronic keyboard and a digital audio workstation. While tools like sample libraries and DAWs certainly enable a composer to compose large amounts of music in short periods of time with remarkable results, it is a very manual and meticulous process.

Once all the mock-ups are approved, they are sent off to orchestrators who prepare sheet music for the conductor and musicians to read at the recording studio. In many low budget productions the mock-up itself will be the end product, in which case the composer will spend additional time tweaking and getting the digital compositions just right to disguise as much as possible the digital undergarments of the soundtrack.

Live scores will eventually be recorded by real musicians at a “scoring stage,” which is a large recording studio designed specifically for recording orchestras for film soundtracks. Bigger budget productions are either recorded in LA, London, Nashville or Vienna while lower budget soundtracks are frequently recorded in Eastern Europe, where the cost of recording is a lot more friendly to low budget productions. Recording can take several days to a week depending on the length of score. Once a score is recorded, it will then be mixed before being sent off to the re-recording mixer for the final film mix. And voila, you have a film score!

So, in this article we learned about: 1) the composers process beginning with the initial collaboration with the director, 2) some approaches composers take to craft a score including sound design, themes, sketches and mockups. Aand as you can see, there’s a lot of time and thought put into the creation of a score. Composers invest hundreds of hours of time into a single project, and by the time they are hired for a project have invested tens of thousands of dollars of their own money into their tools.

There are myriad ways to approach a score whether digital, sound design, live or any combination thereof. At the end of the day, the medium and methods are less important than how the score serves the story and its characters. So be sure to work with a composer that understands your goals as a storyteller and is willing to collaborate with you to make the best film possible.

Author Olajide Paris is an American composer and producer based in the Republic of Georgia, where he produces soundtracks for clients around the world. He’s given lectures on the subject of film music at Los Angeles City College, Tbilisi Conservatory, Georgian-Irish Film Festival, Cinedoc Film Festival and the Georgian National Film Center.

Bring the Noise Returns TONIGHT with Punk Night of the Living...