In our Member Lens series, we’re spotlighting a cross-section of current Film Independent Members to see how they got where they are now, what they hope to do next and what being a part of Film Independent means to them.

A career in the Arts is often circuitous. Just ask Gabriela Revilla Lugo, this month’s Member Lens subject. Now a successfully established screenwriter with multiple studio projects currently in the works, the Nicaraguan-born filmmaker was previously known for her accomplished resume as a producer, with a long list of credits including recent Film Independent Spirit Award winner Palm Springs. But even those projects were but one link in a multi-faceted chain of professional engagements, encompassing everything from the Warped Tour to Martin Short.

Though she initially envisioned herself following a “good immigrant job” pathway through law school, Lugo—who had always harbored an interest in film and creative writing—soon found herself seduced by showbiz via the music industry, working for many years at concert promoter megalith Live Nation before branching out to become a talent coordinator, casting director and line producer, forming a vast pool of knowledge and resources that continues to inform her work as writer and producer. “Everyone’s path is different,” she says.

We recently caught up with Lugo about lying to her parents about bombing the LSATs, writing copy for Jiminy Glick, touring with Aerosmith and—of course—her hard-fought path to the writers room. Here’s the conversation: 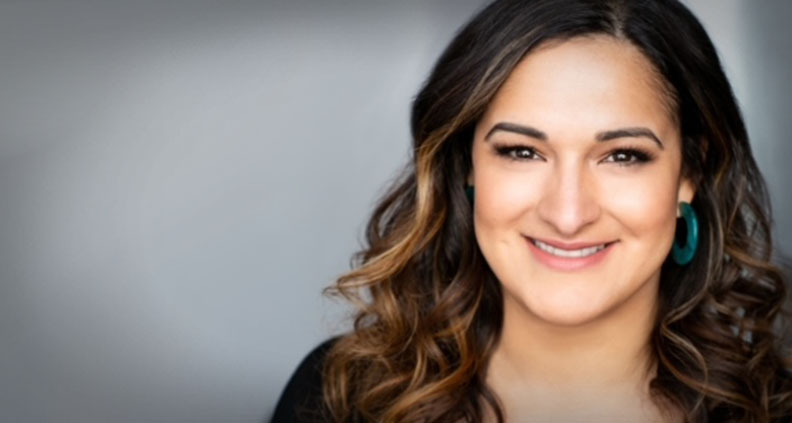 I love doing this column because it’s always so interesting to see artists get their start. There’s obviously no correct way to do it, and a lot of the time it seems like it’s just chaos in people’s lives for a while until somehow they somehow emerge from it as a filmmaker.

Gabriela: That’s basically how it was for me, yeah.

To start, tell me a little more about your background.

Gabriela: That’s an interesting question, because I came into this country in not the most legal of ways [laughs]. I’m from Nicaragua originally; we just thought we’d be here [the US] for a little while. We were living in exile. My mom had some ties to both former governments [in Nicaragua] and it wasn’t safe for us to be there for a multitude of reasons. When the war over and Nicaragua had free elections, we went back for a little bit but I had a hard time reintegrating. In the US I lived in a garage with my mom, a very humble sort of upbringing. Then when I moved back to Nicaragua, her family had all this money and it was so sudden it was hard to adapt. I had a hard time speaking Spanish at that point, too, and while I eventually got over that, I still didn’t quite fit in. So I ended up coming back to the United States to finish high school.

Were you starting to become interested in film at this point?

Gabriela: I really wanted to write. But I thought that meant, like, writing academia. Eventually I decided I should just go to law school and have a good immigrant job, so I went to college to study History. I thought, “Oh, that way I’ll learn how to read large volumes of text.” And I did—I read scripts faster now than anyone I know. 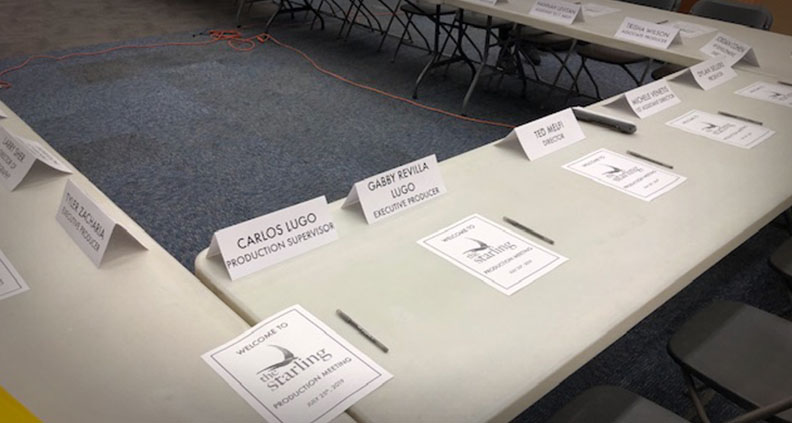 Then, in my last semester of school, one of my advisors said: “You know, Gab, you work so hard. Law school is going to be really tough. Why don’t you just take a summer have some fun?” She ended up helping me get an internship at Clear Channel, which then became Live Nation. I went on tour all summer on the road with the Warped Tour and these really fun bands. And in our own venue, we had all these other huge acts. I though, “Wow, these [artists] are all from very similar socioeconomic backgrounds to me, and they’re all making so much money doing art.” It was life changing. I just never dawned on me before that people did that. So at that point, I lied to my parents and said I didn’t get into law school.

Gabriela: They were really upset! I told them I had really bad LSAT scores. So I worked at Live Nation for a few years and really truly loved it, and eventually moved to New York. I was producing concerts at that time, but at the same time writing short stories and keeping a journal, not quite sure what to do with it.

When did the transition to working in film begin?

Gabriela: There was an opportunity for me to work with Martin Short. He had a show on Broadway and needed somebody to book and research his guests for his Jiminy Glick segments. We did eight shows a week and I loved it. After watching Marty craft jokes and craft story, I was sold [on pursuing writing]. But I still didn’t know anybody. The only jobs I could get in New York were talent-booking jobs. So I did that for a while with the promise from every employer that I would get to write, which is not what happened. I think once people see you a certain way, they’ll never see you as anything else. 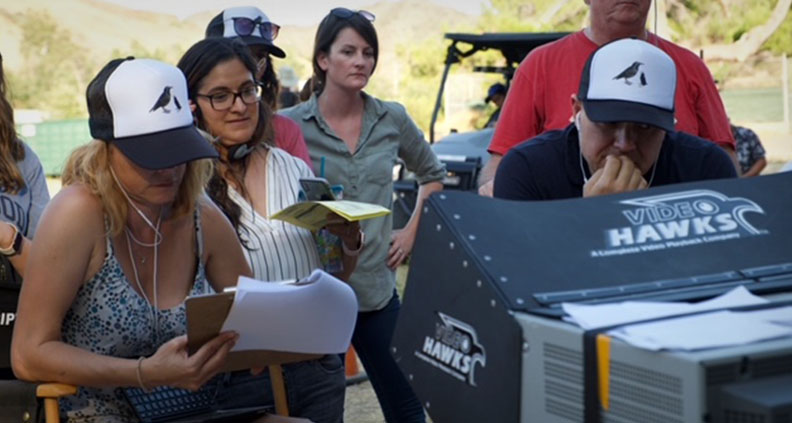 What did it take to break out of that rut?

Gabriela: It was after the [2007] writers strike. I had had a divorce and my life had changed a lot. I decided to move to LA just to see what it was like out here, and I found out through Facebook that a friend of a friend was going to make a movie in Nicaragua, a studio movie that they were making in my hometown. So I contacted the producer and said: “If you’re going to Nicaragua and you need any help, here’s my number.” Long story short, we ended up shooting that movie on and off for five years, and by the end of it I was a producer on the film—I knew where all the bodies were buried. And that led to a bunch of other opportunities.

When did you first become aware of Film Independent?

Gabriela: I didn’t learn about Film Independent until I got into the Fox Writers Program. That’s when I sort of started looking into the organization. It was so great because for my Membership I could go and watch movies and see Q&As with the people who made them. It was great to hear straight from the filmmakers at these events. And it quickly dawned on me: Nobody has the right path. Everybody’s path is really different. It’s one of the reasons I went full force into writing after I made Palm Springs. It was like, “You know what? All these people have such different paths. My experience in physical production should be an asset, not a determent.” So those Q&As were invaluable.

So is your main focus now screenwriting, then perhaps producing for some of the stuff you’ve written?

Gabriela: Yeah, my life really took a turn after Palm Springs. I got offered a bunch of producing jobs and I just started turning them down. My agents thought I was insane—“How are you going to go back to making minimum wage from these writing programs?” But I did the Disney writers program and got to write a couple episodes A Million Little Things on ABC and really loved it. I think I made less money than our PAs on the show, but after that I set up a project at a studio. That led to selling a couple of podcasts that I’m writing right now. And that led to a movie I’m writing for a studio right now, so I’m certainly excited about that.

Is there anything you picked up during any of your previous jobs that you feel now helps you as a writer?

Gabriela: I’ll never poo-poo having been a line producer. That taught me very fundamental production elements. And I would say my stint as a talent booker really taught me how to work with publicists and what talent wants out of certain experiences. It’s positioned me to be able to attach talent in a very different way to projects, because I already know a lot of people in different facets of their team.

Lastly, why do you think it’s important to support an organization like Film Independent?

Gabriela: You never know who’s going to be inspired and helped by something like these Q&As—I got a lot out of them. And I have friends who have done some of the programs where that’s been huge springboard for them. Film Independent is helping people get that much closer to their goal who maybe don’t know anyone in Hollywood and aren’t super well-connected. And as consumers and lovers of film, we would otherwise miss out on those voices to our own detriment. It hopefully inspires a whole other generation of filmmakers to be like, “Wow, I can do this. It doesn’t feel so out of reach.”

To learn more about Gabriela Revilla Lugo please visit her website. To become a Member of Film Independent—and possibly be featured in a future edition of Member Lens—click here.

Sarah Silverman on Comedy, Drama and Getting Punched in the Face