In our new Member Lens series, we’re spotlighting a cross-section of current Film Independent Members to see how they got where they are now, what they hope to do next and what being a part of Film Independent means to them.

When director, producer, writer and overall Film Independent Arts Circle Member extraordinaire Thomas Mignone first moved to LA to pursue a career in film in the late Nineties, there was, well… a bit of a learning curve. “I didn’t even know what ‘P.A.’ stood for to be honest,” laughs the gregarious Brooklyn-born Mignone, speaking from the production offices of his current project, a biopic about pioneering Seventies and Eighties porn actress Vanessa del Rio. But it didn’t take the young Mignone—this month’s Member Lens subject—to figure out a path, starting as an accomplished director of music videos and commercials before transitioning to feature film.

After successful collaborations with artists ranging from Sister Hazel to Slipknot, System of a Down and Concrete Blonde, Mignone released his first feature, the dark psychological thriller On the Doll, in 2007 and continues to develop his work portfolio through his production shingle, DOOM Incorporated—all this following many successful years working to develop optics and cinema graphics technology in Silicon Valley. Not bad for somebody who confesses he “failed miserably” in the industry’s lowest ranks.

We recently spoke to Mignone about his circuitous career and improvisational approach to applying his engineer’s mindset to on-set problem solving, as well as his enthusiastic endorsement of Film Independent’s resources and artist support. 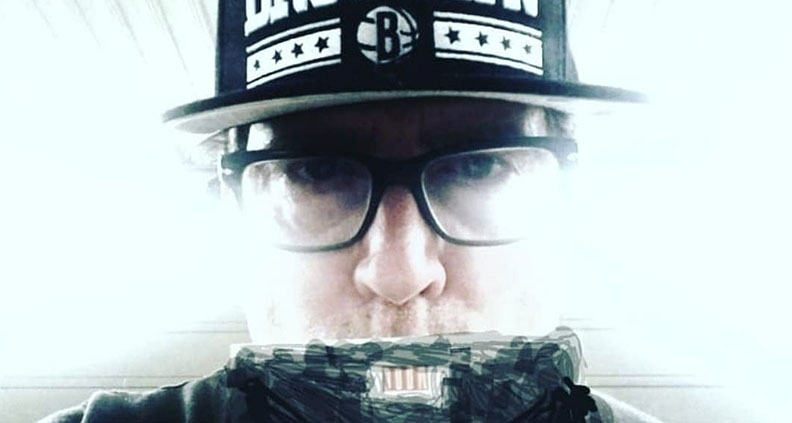 To start, could you take us back to when you started your journey as a filmmaker? When you realized that making movies was the job you wanted?

Mignone: I was born and raised in Brooklyn. My dad was an engineer; he had an engineering firm and of course he wanted me to be an engineer and ultimately, I guess, take over his business. I knew that wasn’t for me. I’ve always had a very strong passion for film and music. I went to a very prestigious engineering school and I received a degree in electrical engineering. Upon graduating I went to work in Silicon Valley at a company called Ampex, that had a wonderful digital audio and video design lab. It made a lot of the broadcast and film equipment used by post-production houses and music recording studios. I became knowledgeable and skilled on a technical level with regards to circuit design for equipment like digital optics and digital effects. I’d work during the day in the engineering lab, and then work evenings in various Bay Area recording studios, basically providing technical maintenance for the same gear I was working on as a design engineer. The minute I felt I had enough of a strong technical background, I moved to Los Angeles to chase the filmmaking dream, because I knew in my heart my calling in life was to be a storyteller, a filmmaker.

In what ways did that engineering background prepare you for what you wanted to eventually do as a filmmaker?

Mignone: I was designing circuitry for digital to analog and analog to digital converters, but I still loved the tactile and organic element that was celluloid and film, and how you could manipulate parameters of light and color to create imagery in editing rooms and Telecine color correction rooms in post-production houses. I loved experimenting in all of these visual ways to express emotion. This was knowledge you could only learn by just doing it so that was an exciting period. On the filmmaking side my learning curve was really just to grab a camera and start shooting things.

From there, you moved to LA and began a career making music videos. How did that get started?

Mignone: It was because of my love of music. In my mind, I was seeing three tiers: there are music videos, there are commercials and then there are feature films. It was a lot easier to get yourself booked as a neophyte director on a music video, as opposed to a higher priced commercial or a much higher priced feature project. The music video artform also allowed for more experimentation and collaboration with musical artists willing to try new ideas. I started building a showreel directing music videos which ultimately caught the eye of Michel Gondry, who’s one of my very favorite and cerebral directors. He liked the fact that I had an engineering background and so while he was venturing into longer form feature projects, I started directing music videos for his company in the Village in New York.

What were some of your favorite music videos you worked on?

Mignone: Some of my favorites are probably the ones I directed for heavy metal band Mudvayne: especially “Dig” and “Death Blooms.” And “Wait And Bleed” by Slipknot was a turning point for me, as it launched me on a whirlwind of shooting long form concerts for metal and hard rock bands touring through Europe, the UK and across the US. That kind of live concert shooting was really very exciting and it opened up a lot of doors for me. Also “Tomorrow, Wendy,” by Concrete Blonde remains a favorite. The song is about the real-life story of a young woman from Hammond, IN who contracted AIDS and whose friends desperately tried to save. It was a hit song, but the heaviness of its lyrics meant it had to be treated with poignancy and sensitivity. I traveled to Hammond and was struck by the bleakness of this dying blue-collar town – so I shot images depicting the town itself as a haunting parallel to the woman who had passed. To this day, the starkness of the video still moves me emotionally.

Were there any growing pains when you started doing longer video clips that had more narrative to them and, eventually, feature films?

Mignone: I didn’t initially realize the hierarchy of the business when I left my engineering position in Silicon Valley. To be honest, I didn’t even know what PA stood for. So, when I was told I was going to be hired as a Production Assistant, I was like “Oh cool, I’m assisting the production. That means the production really can’t happen unless I assist it.” I didn’t realize it actually meant things like “Go get pizza and make sure it has enough pepperoni this time!” [laughs] I failed so miserably as a PA for other production companies it made me realize I needed to get solid on-set experience with my own gigs and that’s when I launched DOOM Incorporated as my own production company.

Tell us about making your first feature, On The Doll, which came out in 2007.

Mignone: I was living in Los Angeles with my girlfriend, and she had her best girlfriend from NY come live with us because she wanted to pursue a modeling and acting career. Unfortunately, she got mixed up with what I would call very wrong people. She ended up delving into the adult film world, which I guess you could technically say yes she’s acting and making movies – but was it the kind of thing you’d really want to do as a career? Probably not. So, when she introduced me to a handful of her friends who had similar and very dark experiences, it started to trigger some writing ideas in my mind on how people have a certain intention or an aspiration and then somehow end up causing us to experience exploitation. The ways various forms of abuse – both physical and emotional – so early on can affect us as adults and cause us to go down the wrong path, and that became the impetus for On The Doll.

Can you tell us a little bit about your involvement with Film Independent and what you feel has been valuable about being a part of the organization?

Mignone: You know, I will say Film Independent is truly a blessing for filmmakers in that they give you the resources and inspiration to be able to go out there and try and do things the right way and get real hands-on experience. They share everything from templates for budgeting and scheduling to hosting highly informative panel discussions with successful industry professionals in areas like music and sound design, production design, the hair / makeup / costuming style teams and all of the practical elements that go into indie film productions. Film Independent provides these tremendous resources that allow you to and actually try it. Film theory is a valuable asset, but unless you’re out there figuring out which way to make equipment work, the experience is something you gain by literally messing up, by trying something new and seeing what works. And that’s kind of the learning curve that I went through with the help and resources of Film Independent and the wonderful people who comprise it.

What are you working on now?

Mignone: I’m currently finishing up a new feature project about the life and craziness that was Vanessa Del Rio, the World’s first Latina adult star set in organized crime-controlled Times Square during the Seventies and Eighties. Our cast includes Esai Morales, Drea De Matteo, Taryn Manning, Jesse Metcalfe, Michael Madsen, Elizabeth Rodriguez, and Vivian Lamolli who is literally the reincarnation of Vanessa–it’s been really exciting and I’m truly honored to be working with such talented actors.

To learn more about Thomas Mignone, please visit his website or follow Thomas on Twitter. To become a Member of Film Independent—and possibly be featured in a future edition of our Member Lens series—just click here.

How Medieval Times and Spanish Romanticism Inspired the Sartorial...