Each month in The Doc Life, Film Independent blogger Anthony Ferranti dives deep into the how’s and why’s of nonfiction filmmaking, featuring advice and hard-won insight from top veteran and emerging documentarians. Enjoy!

The new year just around the corner—yikes! And also: thank God. A lot happened this year, to say the least. Unless you disabled your news feed. But thankfully, the year also provided a steady stream of impressive documentary films to watch. First-time filmmakers and longtime genre icons alike delivered well crafted, inspired true-life stories.

Many have received well-deserved awards and accolades from festivals, press and peers. Not to mention the Film Independent Spirit Awards, whose 2019 Best Documentary nominees are: Hale County This Morning, This Evening; Minding the Gap; Of Fathers and Sons; On Her Shoulders; Shirkers and Won’t You Be My Neighbor.

But there were far more great docs this year than can be properly represented by a single nominee group. So! For our last Doc Life of 2018, I’ve chosen an eclectic mix of 2018 projects to spotlight, all sharing similar themes of identity. Each one artfully peels back the layers of their subjects to present entertaining, thoughtful, and moving tales depicting personal struggle and hard-won—and sometimes controversial—success. 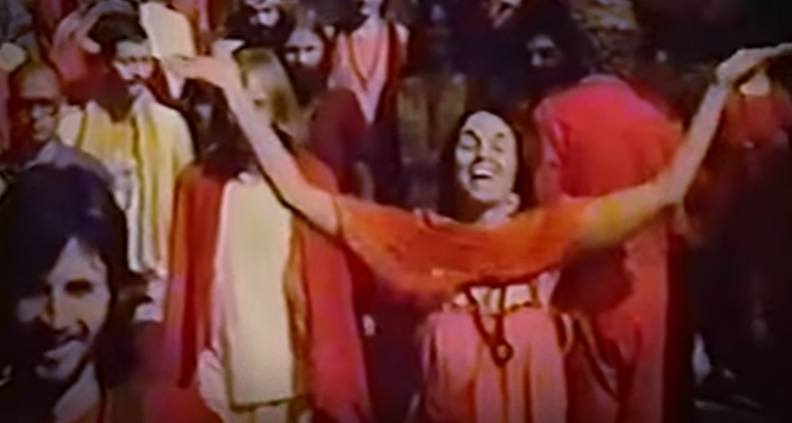 Whey You Can Watch: Netflix

Why We Love It: This fascinating limited series had me scrambling for my controller to play the next episode. A six-part series executive produced by the Duplass brothers and winner of the Primetime Emmy Award for Outstanding Documentary Series, Wild Wild Country tells the bizarre tale of a quiet county in Oregon turned upside down when the charismatic Indian guru Bhagwan Shree Rajneesh (a.k.a. “Osho”) builds an enormous compound for thousands of devoted followers. Director-brothers Maclain and Chapman Way’s egalitarian approach to this complex story is truly impressive. They skillfully interviewed their subjects, giving everyone a safe space to speak their truth. This allowed my sympathies to swinging back and forth between the rural townspeople and the Bhagwan’s freethinking, free loving followers. At the same time, I could empathize with the religious group’s leadership, who would stop at nothing to protect Osho and the place they had worked so hard to create. The filmmakers do a beautiful job of pacing and as the tension builds between these two groups you as the viewer are drawn in, feeling the rising stakes for all involved. 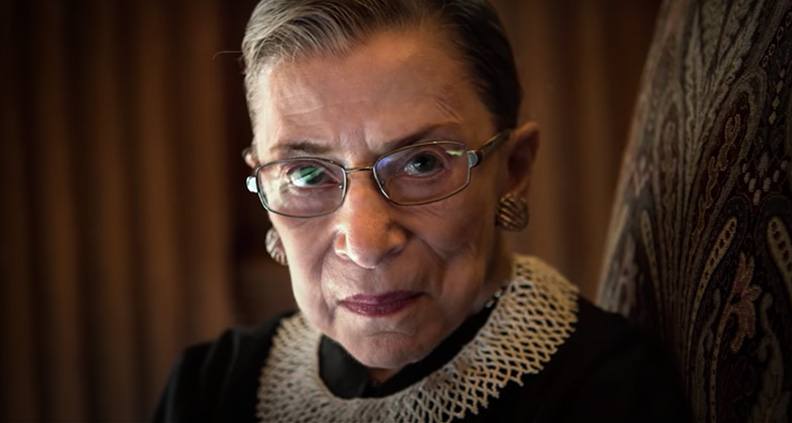 Where You Can Watch: Amazon Prime, Hulu

Why We Love It: “I ask no favor for my sex. All I ask of our brethren is that they take their feet off our necks,” so quips Supreme Court Justice Ruth Bader Ginsburg in Julie Cohen and Betsy West’s documentary, commemorating the 25th anniversary of Bader’s appointment to the Supreme Court by President Bill Clinton. The adorably mild-mannered and diminutive 85-year-old grandmother-of-four and judicial “rock star” has steadfastly fought against gender discrimination throughout her career and her fiery dissenting opinions have birthed the “Notorious RBG” meme online—her iconic status elevated even further this year with a series of alarming health scares, the release of the Felicity Page-starring biopic On the Basis of Sex and continuing controversy surrounding Bader’s fellow Trump-appointed justices. (Su Fang Tham)

THE PRICE OF EVERYTHING 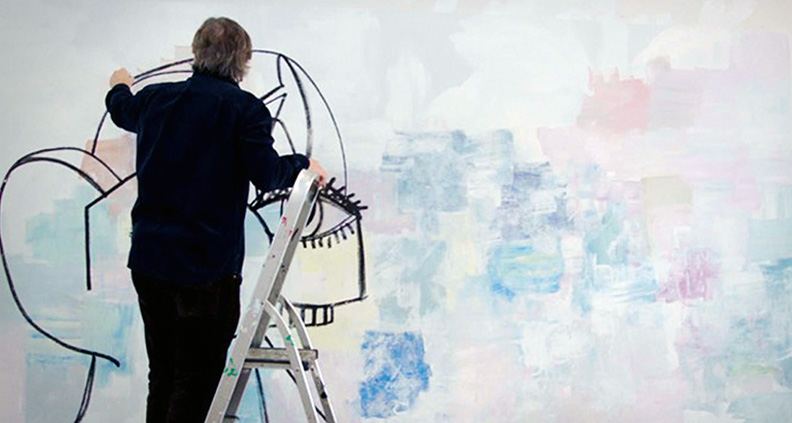 Where You Can Watch: HBO Go, HBO Now

Why We Love It: In my early 20s, I began riding the newly build light rail system in my hometown, which ran from my neighborhood to the downtown where there was a thriving art gallery and museum scene.What began as a cure for boredom resulted in a lifelong interest and love of modern art. Whether you’re like me, a relative novice when it comes to understanding the nuances of contemporary art and artists, or you hold a degree in art history, you’ll fully enjoy the HBO documentary The Price of Everything. Artists, collectors and sellers share their thoughts and pitch their philosophies about this corner of the art world; a market awash in cash and dripping with prestige, this playground for the wealthy vibrates with passions that tiptoe to the edge of absurdity. I find it particularly interesting the way this film supports and questions—as the title suggests—how one puts a price on what is arguably priceless. 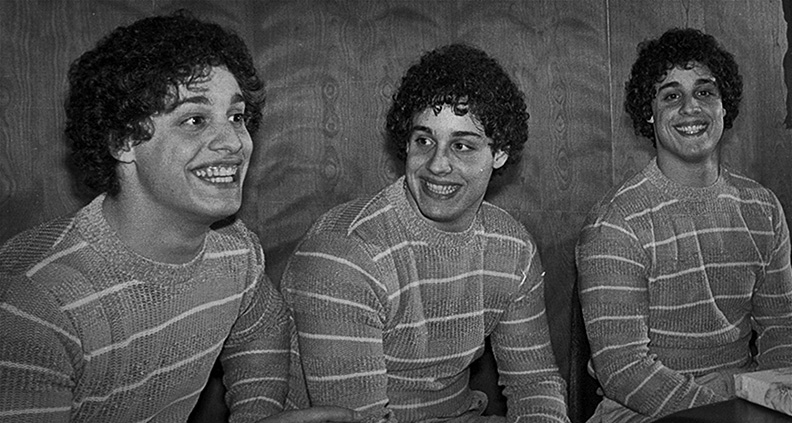 Where You Can Watch: Google Play, Vudu, Amazon Prime (for rental)

Why We Love It: Sometimes things happen in a way that makes it so clear that fate or destiny must exist. In 1980, a young man named Robert Shafran arrives on the campus of Sullivan County Community College in the Catskills and is repeatedly mistaken for a young man named Eddy. Eventually, he and Eddy Galland discover they are in fact “twins” separated at birth. But the story takes another dramatic turn as a third man—David Kellman—sees this in the New York papers and realizes he’s the third of a set of triplets. Winner of the Special Jury Prize at Sundance 2018, this gripping documentary unravels the mystery behind how three families became unwitting subjects to a decades-long psychological and behavioral experiment by Dr. Peter Neubauer, a psychoanalyst who oversaw the “research” in conjunction with the adoption agency. (Su Fang Tham)

THEY’LL LOVE ME WHEN I’M DEAD 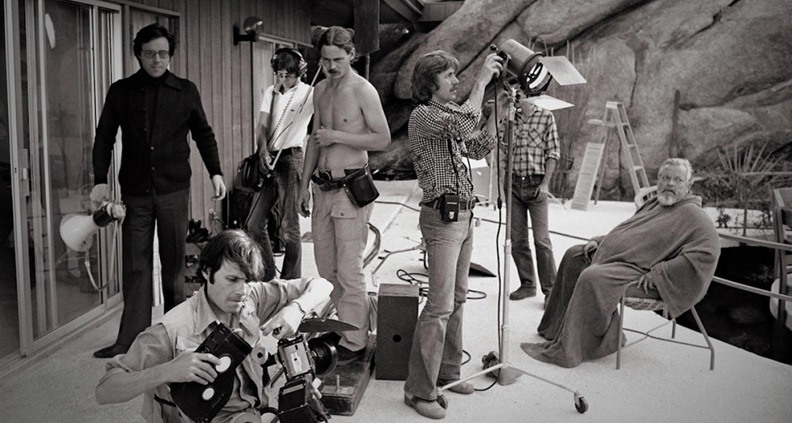 Why We Love It: These last two picks are a bit of a curveball: an essential-to-be-viewed-together double feature in which one of the films is not actually a documentary. As we know, Orson Welles began his legendary filmmaking career with 1941’s Citizen Kane, widely considered to be the best film ever made—an accolade Welles himself pushes back against in the doc They’ll Love Me When I’m Dead, stating repeatedly that his next film will in fact be the greatest movie he’s ever made. Director Morgan Neville utilizes TV footage, interviews and scenes from this ill-fated film, The Other Side of the Wind, to present a portrait of a world-renowned director fighting to reignite his career by creating a film unlike anything seen before. For the colorful characters that make up his cast and crew, the allure of working with a living legend draws both the famous and the fanatical into Welles’ orbit. And these people give candid peak behind the curtain at a Welles’ creative process that is as admirable as it is confounding.

THE OTHER SIDE OF THE WIND 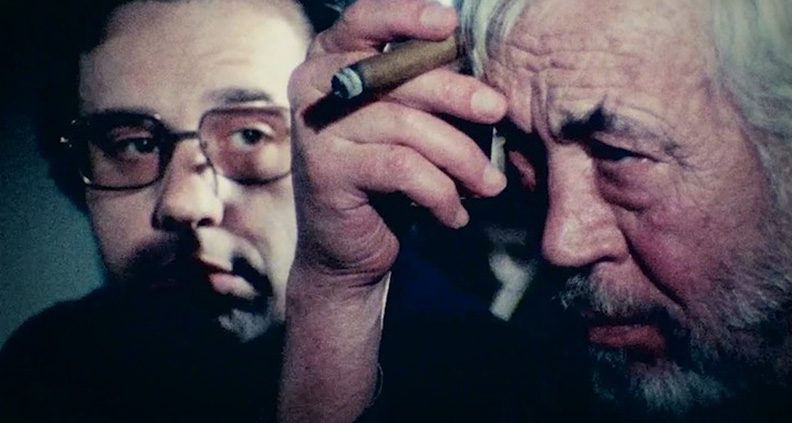 Why We Love It: You really can’t find a wider gap between the mastery of classic Hollywood studio resources evident in Orson Welles’ early work, like Citizen Kane and The Magnificent Ambersons, and the disorganized, low-budget improvisation of his final film, The Other Side of the Wind—shot piecemeal between 1970 and 1976 and never properly finished until it was “completed” posthumously earlier this year (33 years after Welles’ death) and released on Netflix. However, I’d suggest that for those driven to explore cinema, one must make their way to the edges of filmmaking creativity—and Orson Welles’ final work is definitely an odyssey to the edge. But it’s definitely worth the watch. And it makes a pretty interesting and potentially mind-bending second act to this double feature.

(Header: The Price of Everything)

The Doc Life: The Six Important Lessons I Learned On Location