Guess what? Tomorrow–Thursday, February 11–is the final day to become a Member of Film Independent to be able to vote for the winners of the 2021 Film Independent Spirit Awards. And as you may have heard, for the first time ever the first time ever the Spirit Awards will be including five new TV/streaming categories. Check out all of the nominees here and catch up with our nominee announcement (featuring Olivia Wilde, Barry Jenkins and Laverne Cox!) here, if you haven’t already.

In today’s Must-List, we wanted to take a look at our groundbreaking TV/streaming nominees and let you know what they’re about, what critics are saying, and–most importantly–where you can watch them. 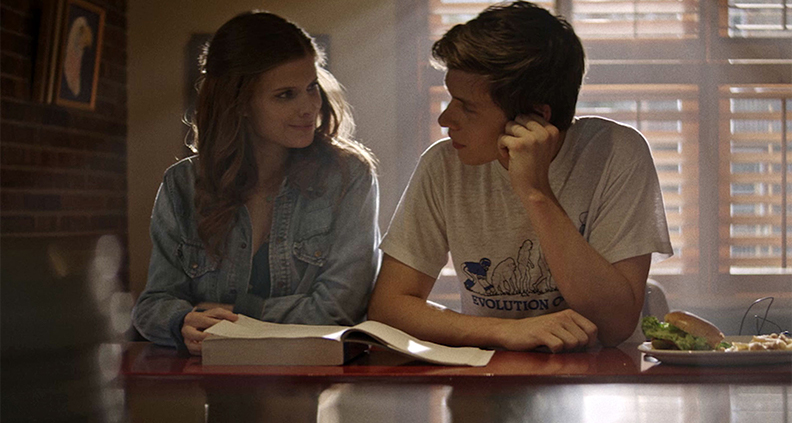 About: This limited drama series explores the sexual affair between a young teacher and her student. “A Teacher offers a more nuanced than expected portrait of how, for Eric, one’s understanding of complicity, truth and blame morph over time, and how our culture is poorly equipped to identify grooming, especially when the groomer is a woman,” writes Adrian Horton, in his positive review from The Guardian. 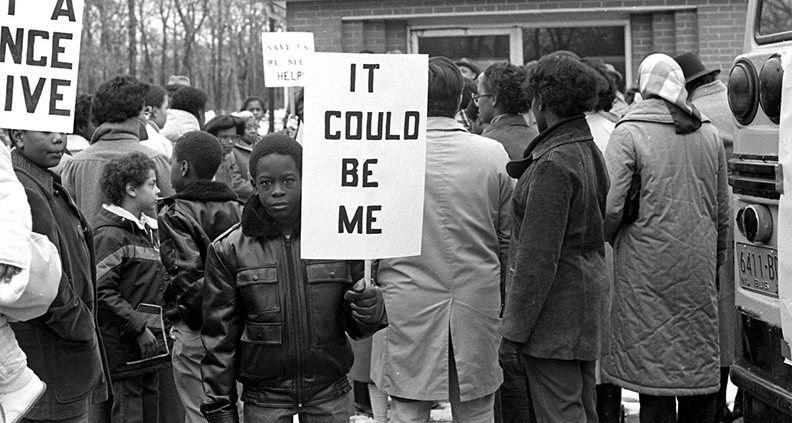 About: This five-part docuseries highlights the missing 30 African-American children and young adults who disappeared or were murdered in Atlanta between 1979 and 1981. “Unsettling and engrossing, Atlanta’s Missing and Murdered is a must-watch. It will leave audiences baffled and enraged over how justice for these wicked, unusually extreme crimes, has yet to be properly served. It doesn’t solve the case, but it doesn’t set out to. What it does more than enough of, is introduce new evidence that challenges the veracity of claims made by officials, and the way the entire case was handled, while helping to bring the decades old horror back into the spotlight,” says Tambay Obenson’s review on IndieWire. 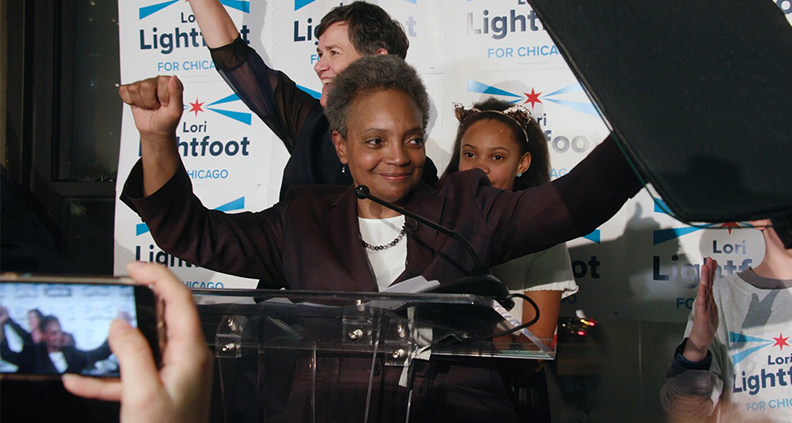 About: Hoop Dreams filmmaker Steve James’ fascinating and complex portrait of contemporary Chicago delivers a deep, multifaceted look into the soul of a quintessentially American city, set against the backdrop of its history-making 2019 mayoral election and the tumultuous 2020 summer of COVID-19 and social upheaval following the police killing of George Floyd. “The ambition of City So Real is remarkable, but it’s fulfilled through James’ deep fascination with humanity. No one is better at revealing the truth that there is a fascinating story around every corner of every city, and he equalizes everyone in Chicago,” writes Brian Tallerico, RogerEbert.com. Watch our Film Independent Presents with James here.

Where to watch: National Geographic

I MAY DESTROY YOU 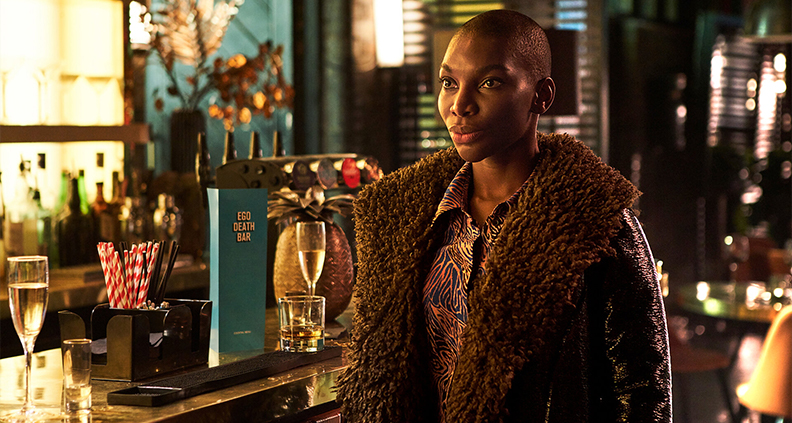 About: Starring creator Michaela Coel, this London-set series focus on the ramifications of sexual assault, as Coel’s social media influencer Arabella tries to piece together on a night she can’t quite remember. “I May Destroy You is a coming-of-age story, a generational snapshot and a tart, tender salute to the primal value of friendship when you’re young and underemployed,” writes Mike Hale in his review for The New York Times. 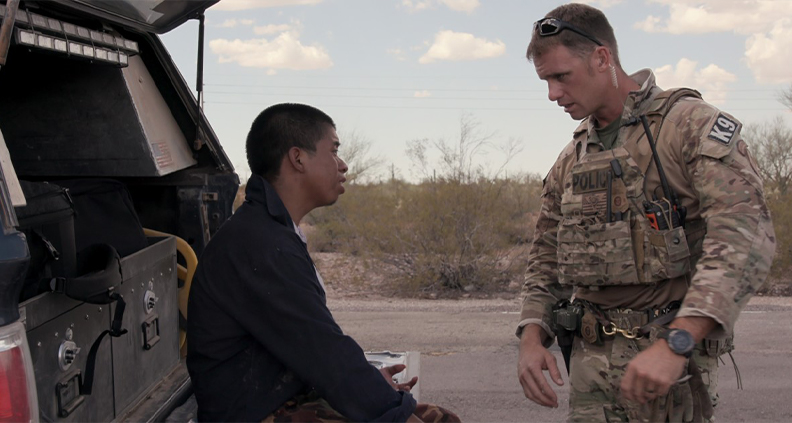 About: This gripping docuseries highlights the practices of ICE operations from footage shot between 2017 to 2020. “The directors largely take a fly-on-the-wall approach to their filming, standing back and giving people on both sides of every issue the opportunity to show their true feelings,” writes Daniel Fienberg, The Hollywood Reporter. 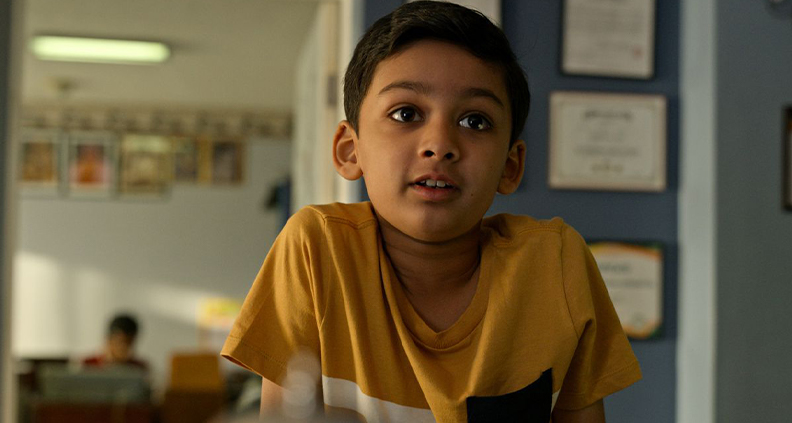 About: An anthology series spotlighting beautiful immigrant stories across the United States. “For all the hardship and heartbreak it depicts, Little America is fundamentally optimistic. Each segment takes pains to close on a relatively hopeful note, or even an outright triumphant one as characters find resilience, nurture their most tender relationships and beat the odds to overcome formidable obstacles like poverty and an immigration status hanging precariously in the balance,” writes Caroline Framke’s review in Variety.

Where to watch: Apple TV+ 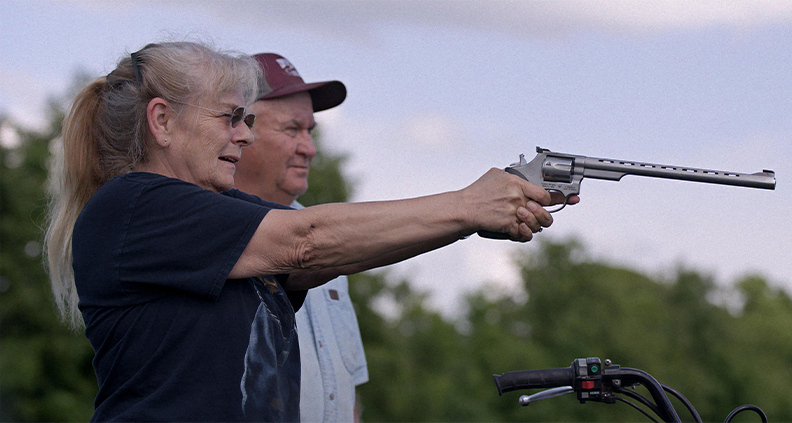 About: This true crime docuseries chronicles the search for one person of interest: Richard Scott Smith, who habitual con man who schemes women on the internet for money. “Love Fraud is a wild mix of Kill Bill, Dirty John and Catfish, with a dab of To Catch a Predator thrown in for extra spice,” writes Jen Chaney, Vulture.

Where to watch: Showtime

NEVER HAVE I EVER 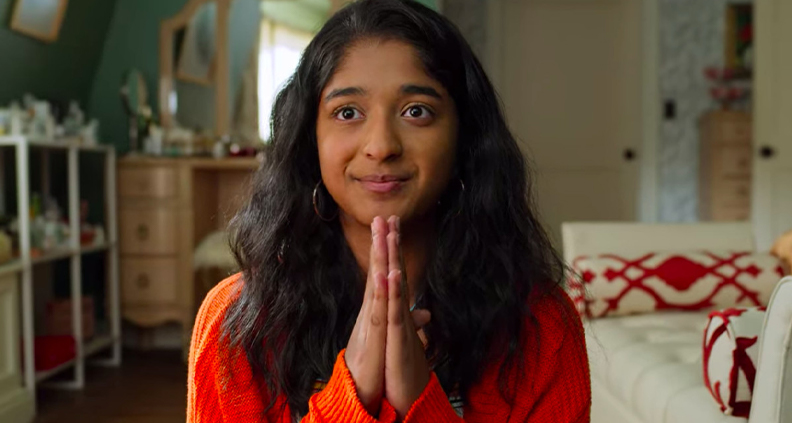 About: Never Have I Ever is a new coming-of-age comedy about the complicated life of a modern-day, first-generation Indian-American teenage girl. The series stars newcomer Maitreyi Ramakrishnan as Devi, an overachieving high school sophomore who has a short fuse that gets her into difficult situations. “Never Have I Ever made me happier than i’ve been in weeks,” gushed Kathryn VanArendonk in Vulture. Watch our Film Independent Presents Q&A here. 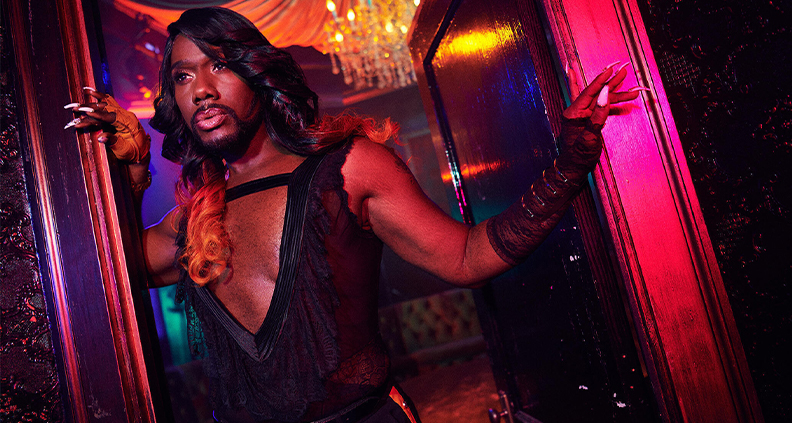 About: P-Valley–the critically-acclaimed breakout hit of the summer–has been hailed as “the story of America” (The Hollywood Reporter) that “feels like nothing else on TV” (Rolling Stone.) Down deep in the Mississippi Delta lies an oasis of grit and glitter, in a rough patch of human existence where beauty can be hard to find. This Southern-fried, hour-long drama tells the kaleidoscopic story of a “little strip club that could” and the big characters who come through its doors: the hopeful, the lost, the broken, the ballers, the beautiful and the damned. Trap music meets film noir in this lyrical and atmospheric series that dares to ask what happens when small-town folk dream beyond the boundaries of the Piggly Wiggly and the pawnshop. Watch our Film Independent Presents Q&A with the creative team here.

Where to watch: Starz 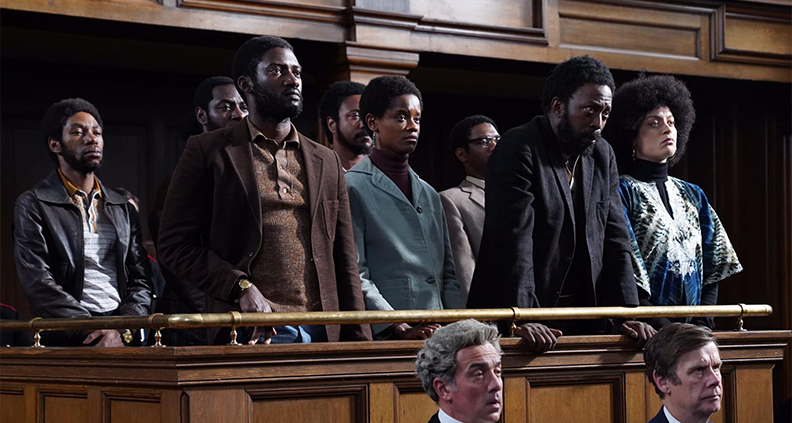 About: An anthology series about London’s West Indian community between 1969 and 1982, tackling everything from high-tension courtroom dramas to raucous house parties. “With its meticulous recreation of the texture of life, Small Axe opens up a Mangrove-like space on television for the celebration and sheer enjoyment of British-Caribbean culture,” writes Ellen E. Jones, The Guardian. 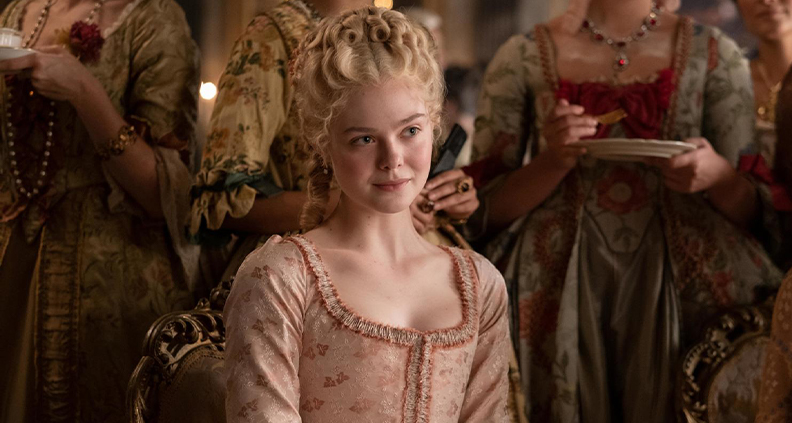 About: A comedy-drama series staring Elle Fanning and Nicholas Hoult, respectively, as the Empress Catherine II and Emperor Peter III of Russia, focusing on the rise of Catherine the Great, the longest-reigning female ruler in Russia’s history. The series was created by The Favourite screenwriter Tony McNamara. “The cast is uniformly strong, and the series’ brisk and deliberate pacing makes sure to let each central actor show it,” writes Caroline Framke in her Variety review. 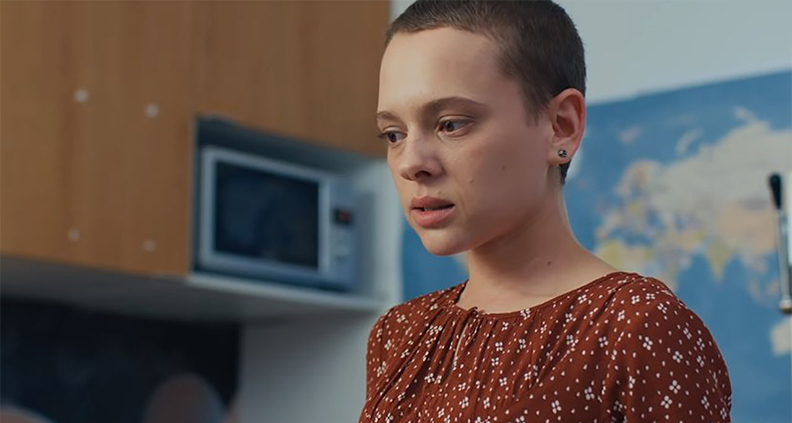 About: Unorthodox tells the story of a young woman from the Hasidic community in Williamsburg, Brooklyn who breaks out of her arranged marriage and travels to Berlin to find herself. But just as she discovers a whole new world, the past catches up with her. “Anchored by a remarkable turn from Israeli actress Shira Haas, Unorthodox oscillates between dour coming-of-age drama and taut survival story. As fictionalized Feldman stand-in Esty, Haas encapsulates an intimate saga defined by the limbo of feeling trapped between two worlds,” writes Eric Kohn’s IndieWire review. Check out our Film Independent Presents Q&A with the show’s cast and creators here.

WE ARE WHO WE ARE 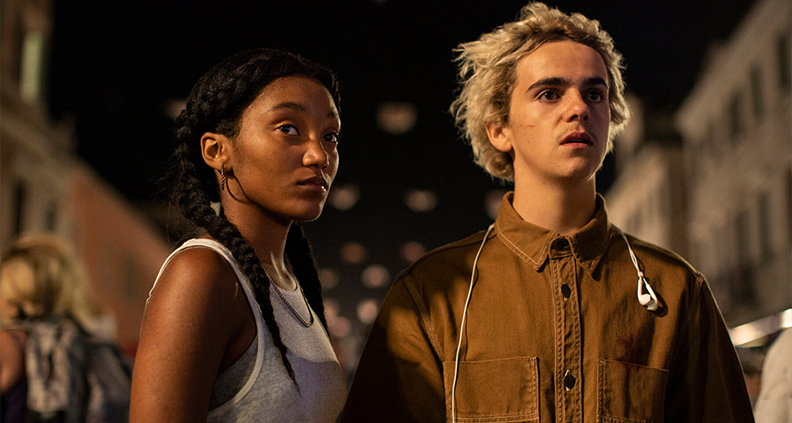 About: Call Me by Your Name director Luca Guadagnino’s series about two American teenagers living on a US Army base in Chioggia, Italy in search of their identities. ““We Are Who We Are isn’t so much a coming-of-age story as a celebration-of-age story; at the end of America’s lost summer, it’s a deeply felt recognition of teenage vitality, capturing and honoring the symphony of emotions that make so many of these youthful moments feel monumental. Some such moments are heavy and hard, but Guadagnino balances them with a bevy of joyful, blissful, and endearing experiences to make the first four episodes go by in the blink of an eye. Like those perfect summer days, We Are Who We Are only makes you crave more,” writes Ben Travers, IndieWire. 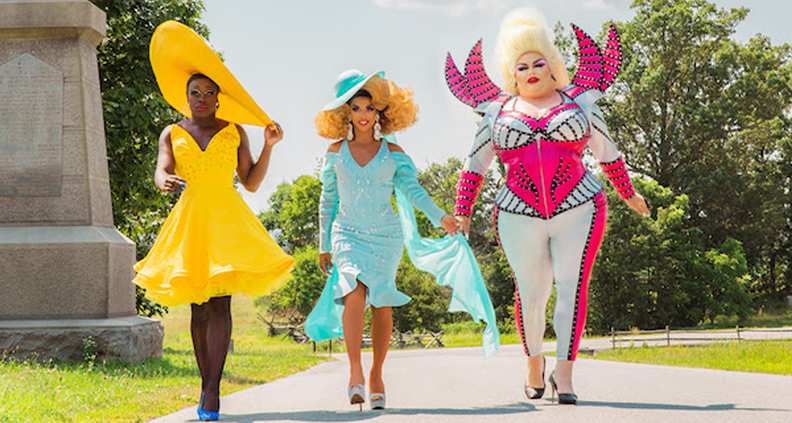 About: Former RuPaul’s Drag Race contestants Bob the Drag Queen, Eureka O’Hara and Shangela Laquifa Wadley go on a cross-country journey train small-town residents and help them unleash their inner potential by participating in a one-night only drag performance. “We’re Here stands out from the pack, though, because it was created to be just as gritty as it is gaggy,” writes Brett White, Decider.com. 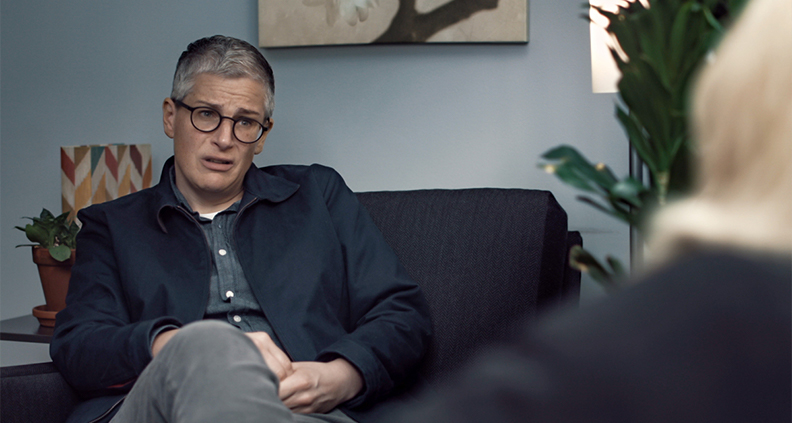 About: A semi-autobiographical dramedy about a self-described 45-year-old “fat, queer dyke” whose adversity and misery lead her to a life changing relationship. “Playing a fictionalized version of herself, McEnany is able to navigate such otherwise heavy topics with lightness and humor because she is driving the narrative, both behind the scenes and on camera,” writes Jude Dry, IndieWire.

Where to watch: Showtime 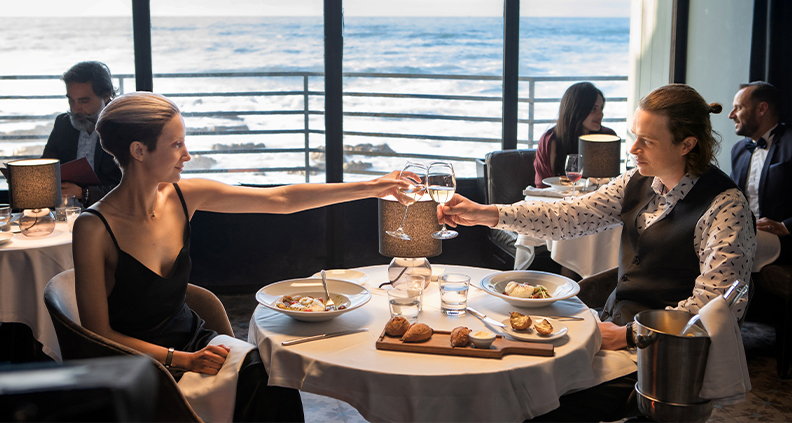 About: A crime drama that follows a journey of a cocaine shipment. “As expected, creator Stefano Sollima doesn’t pull any punches this time around either. It’s world is as cold and harsh as devastating as in any of his previous works like Suburra, Sicario: Day of the Soldado or the two-season crime series, Romanzo Criminale. It’s a world where men and pigs get slaughtered with the same brutality,” writes Sajin Shrijith, The New Indian Express.

The 36th Film Independent Spirit Awards will be broadcast exclusive on IFC Thursday, April 22 at 10:00 pm ET. Check out all of this year’s nominees here. 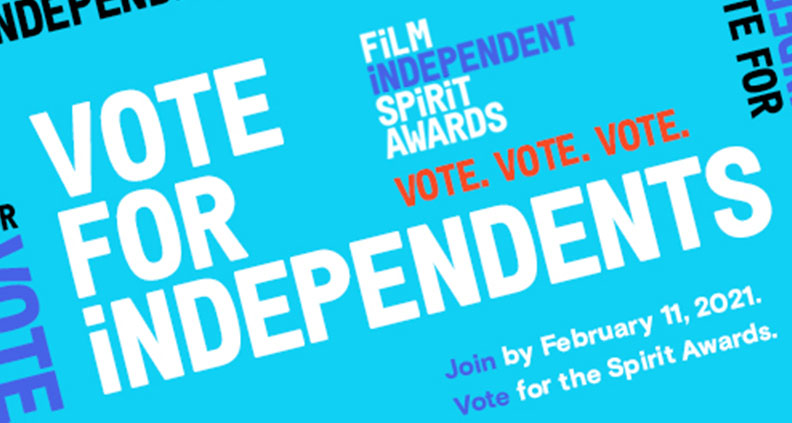 (Header: I May Destroy You)

Don’t-Miss Indies: What to Watch in June