When someone asks a film producer what it is they actually do, it’s easy to get flustered. After all, “Producer” isn’t a single job. It’s dozens of highly intensive individualized jobs, each with their own ticking clock and list of critical action items. As a producer, you’re well aware that your role during all stages of filmmaking is to help others—to creatively envision a full and complete project down to the smallest logistics. But! Who’s there to help you? Who’s there to quash on-set headaches and make your life easier?

The short answer: we are. For the past 16 years, Film Independent’s Producing Lab has been giving emerging creative producers a leg up, offering a four-week intensive program designed to hone their communication and problem-solving skills through project based workshops and promote the long-term careers of producers by helping expand their professional network.

Why, you ask? Because! You’ll receive insight and advice on honing your craft from some of the top creative advisors in the industry, not to mention networking opportunities, mentorship and continued support from our Artist Development team, even long after you’ve left the boisterous din of our workshops behind.

Plus, if you are producing a project that has science, math or tech themes, you may be eligible for the $30,000 Sloan Producers Grant awarded by the Alfred P. Sloan Foundation to one Creative Producer in the Producing Lab.

But don’t take our word for it. We reached out to some of our favorite Producing Lab alums to ask about their experiences and find out what being a “Creative Producer” means to them. Here’s what they had to say:

What did you get out of the Producing Lab that you still use when working on a project?

The Producing Lab challenged me to think about the varied strategies each of our projects required. There’s no one path to producing a film and it’s important to be strategic and resourceful. We were able to hear what worked and didn’t from extremely seasoned producers. Their mentorship was invaluable. The Lab also provided an incredible community. The other Fellows pushed us to make our film as authentic as possible. (Jenny Halper, 2016)

It was really helpful to discuss the project, my concerns and ideas with the other Fellows. I was reminded how important it is to have peers you can trust and can be completely honest with. (Caroline Oliveira, 2016)

No matter what project I’m working on, something will come up [and I know] I can turn to another Fellow for opinions, advice or a lead. The network you walk away with [after being in the Lab] is invaluable. (Summer Shelton, 2014)

Who was the most inspiring person you interacted with during the Lab, either a mentor/speaker or another Fellow?

Karin Chien is a national treasure and I hope I can be half the producer she is! Her ethical guideline for producing is so refreshing to hear and I reflect upon it anytime a project comes my way. (Frederick Thornton, 2015)

[Film Independent Senior Manager of Artist Development] Angela Lee led us through the Lab and was a constant source of honest feedback and thoughtful inquiry.  She fueled me to drive further and seek more outside the box, both as an individual and as a group participant. (Peter Maez, 2016) 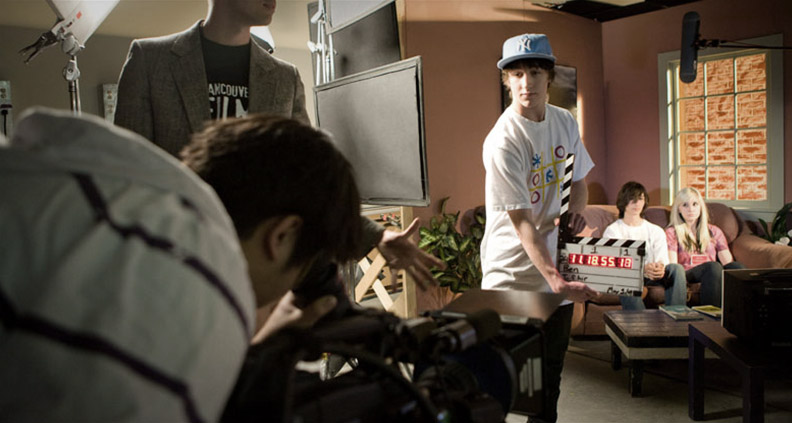 Honestly, it was the Fellows themselves—I couldn’t name just one. Every Fellow brought to the table their own set of unique experiences and personalities. The breadth of perspectives was inspiring. (Mollye Asher, 2014)

All of the speakers were incredible and the Fellows were equally smart and impressive. Hearing Heather Rae speak was a highlight for me. Frozen River is a film I admired before I started working in the industry. Seeing how passionate she is about her work was a huge inspiration. (Halper)

What’s the quickest way to fail as a film producer?

Being afraid of failure is the most clichéd answer, but it’s also the most honest. What do you have to lose if you put your full self into a project? Rejection? We’ve all been rejected multiple times—whether if it’s asking someone to prom or asking for a higher budget. Fear will drive you into a career of safe choices and safe choices will lead you down a pathway of frustration. (Thornton)

Giving up too soon and not being flexible to change. (Luz Agudelo, 2015)

To believe producing will give you fame and glory. If you are not in it because of your passion for the story, the filmmaker’s voice and the subject matter, find something else. Producing is tough, thankless and far from glorious. It’s not about power. It’s about collaboration and doing a lot of work. (Oliveira)

Never assume and never ask questions. Always take the time to fully understand the director’s vision for the story. Take the time to understand a budget. And for heaven sake, pay attention to the dailies! (Shelton)

What are your tips for strong, efficient decision-making as a Creative Producer?

Surround yourself with folks either smarter than you and/or those who have a quality that you lack and seek their consul. Don’t let your ego strangle you from admitting when you are wrong on decisions or prevent you from seeking outside influences when making your decisions. Did someone you know have a similar situation? What did they do, how did that end up? (Thornton)

Have a thoroughly thought out plan, especially by being well informed, and execute it while being flexible. (Agudelo)

Consider all sides but try to make a decision that will make the script, shoot and/or the edit better. I try to start with my writer or writer/director—that’s the voice I’m collaborating with and want to protect. If I don’t believe in someone’s vision, I will not invest my time and effort. (Oliveira)

Always be thinking, “What can I be doing to move this project forward?” Having a clear creative vision, but also being cognizant of keeping to a timeline. (Halper)

How do you describe the job of a film producer?

Your job will be thankless 90% of the time and 10% of the time you will be either thought of as a savant genius or a knuckle-dragging idiot. One day you may be eating at a great restaurant wooing financiers or talent and the next day you may be lugging equipment up a steep hill during the sweltering heat of summer because a camera PA went home sick. (Thornton)

The Producer sees the bigger picture, and is also a filmmaker. Our job is to make sure everyone is communicating and working with the same goal in mind. It’s about standing up for your ideas regarding the creative aspects of the film, taking ownership, knowing your audience and going after it. (Oliveira)

To “produce” mean “to create results”—to be the voice that can be looked upon that has or will find the answers to the questions and concerns that arrive from an amalgam of different communications. (Maez) 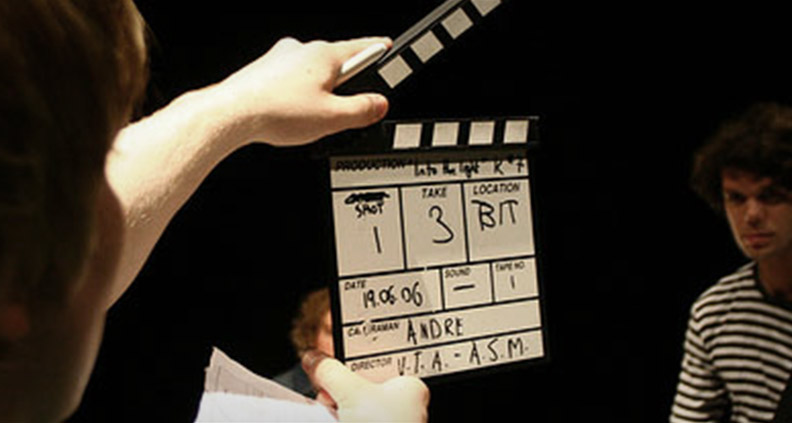 I always parallel it to a building general contractor: you take a blueprint (eg, the script) and you oversee its creation to completion. When finished, you show it and sell it. That, and pepper in days of also being the production’s lawyer, accountant, therapist and circus ringleader. (Shelton)

The Producer is a creative person who has the ability to see the “big picture” and end goal, along with great business acumen. (Agudelo)

They’re the person who finds a story, develops it, builds an entire company to handle production, runs that company and disassembles it when the movie is finished. (Halper)

The person that makes the unimaginable real! (Asher)

Fiscal Spotlight: Three Films about Reckoning with Traumas of...